Last Sunday was our May sketchcrawl through the alleyways of Limoilu but things didn’t go as planned.  My first sketch was interrupted by rain, big drops hitting the sketch before the ink had dried that created ink splats to form on the page.  A quick run to the coffee shop where Yvan and Ginette shaking off their own rain.

This was Ginette’s first sketchcrawl and we had a great time getting to know each other as we sat in the cafe, sketching people.  Clearly she was the highlight of this sketchcrawl as it just went downhill from here.

We are almost desperate to sketch outdoors and the sketchcrawl was supposed to be our first outdoor sketchcrawl of the year, so when the rain stopped we headed out again to do the proverbial try, try again.  Same results, and in my case it was worse – another sketch ruined.  We decided to pack it in and that was probably a good thing because almost immediately the rain started coming down in buckets. 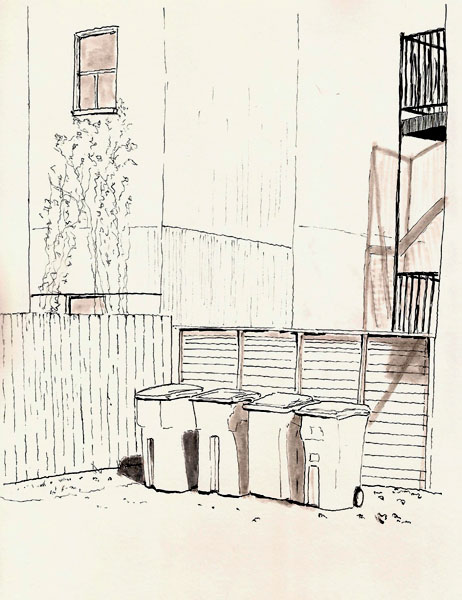 The attempts to sketch alleyways put me in the mood to try again as in Quebec City alleyways provide large shape-clusters that are both appealing to me and challenging, particularly all the stairways going up the back of the structures.  So, when the weather turned nice on Wednesday, I headed out to sketch.  Here are two sketches I did that day.  They don’t have any color on them because I forgot to put my watercolor kit in my bag.  Hope you like them. 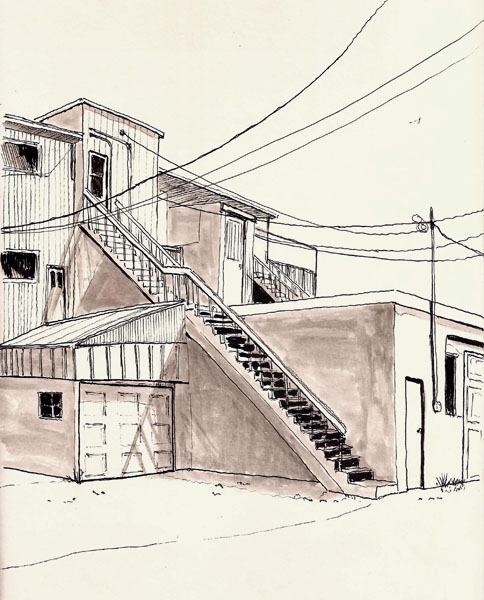 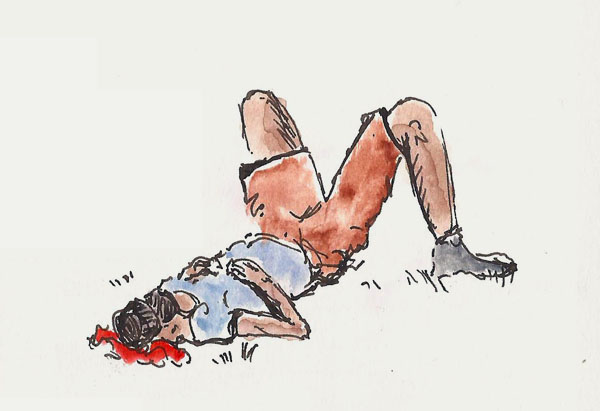 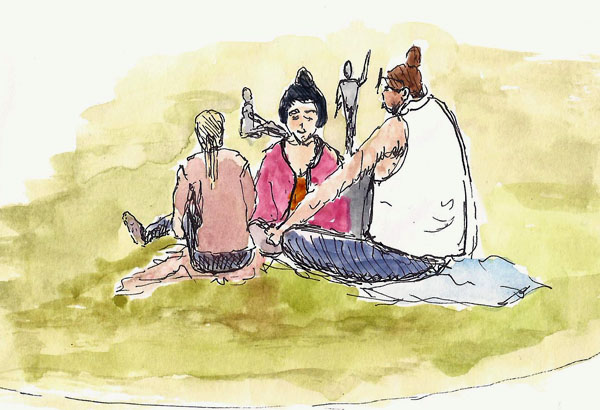 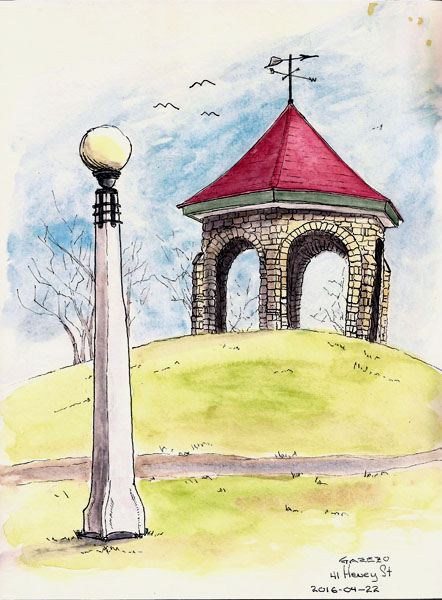 The Croquistes de Québec held their April sketchcrawl at the chapel associated with the Musée de l’Amérique du Francophone.  It’s really hard finding indoor places to sketch in the winter and so I’ve been to this chapel enough this winter to say that I’m ‘all full up.’  Nevertheless, I always enjoy sketching with others.

Turnout wasn’t great, probably because others are as tired as I am of sketching indoors, but there were five of us in attendance and we had fun, though this sketchcrawl wasn’t as long in duration as our summer sessions will be.

I decided to draw some arches.  I always have trouble drawing when I have to look upward.  I wonder whether it’s because of the view itself or the fact that my sketcher head-bob up and down from subject to paper, is so extreme.  Either way, it slows the sketching process and always results in some wonkiness working its way into my drawing.  Next month we’re going to sketch the alleyways of Limoilu – outdoors.  Spring had better be here by then. 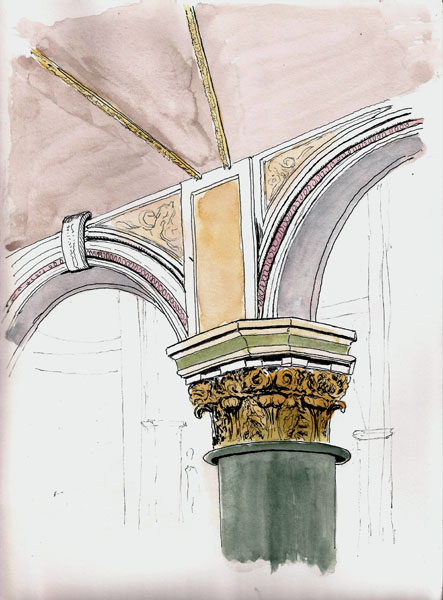