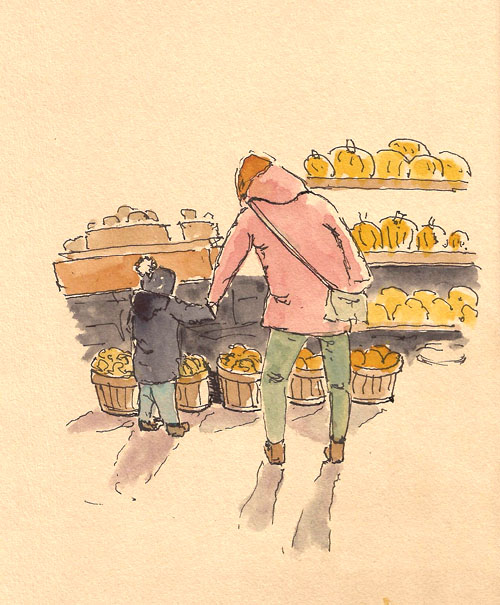 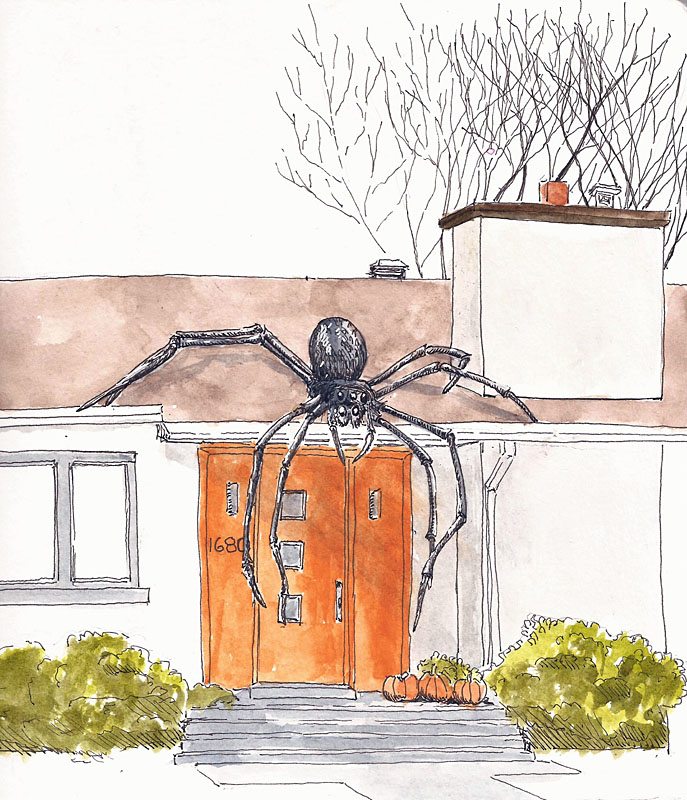 Yesterday I started celebrating Halloween by posting sketches I’ve done during past Halloween seasons, you remember….before COVID.  Here are a couple more.  This one I remember well because I “knew” that someone was going to get upset with me standing, almost in the street, sketching their front door.  This was done in 2013. 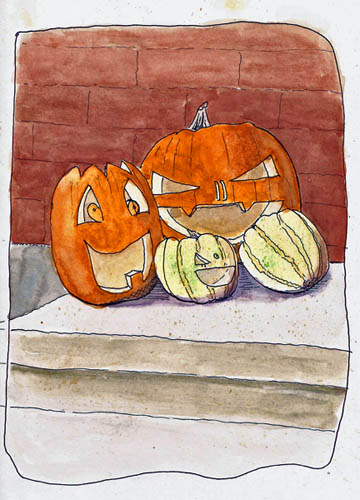 This one was done in 2015.  It’s of a display they put up in front of city hall.  And yes, the manikin looks that stiff (grin).  More tomorrow. 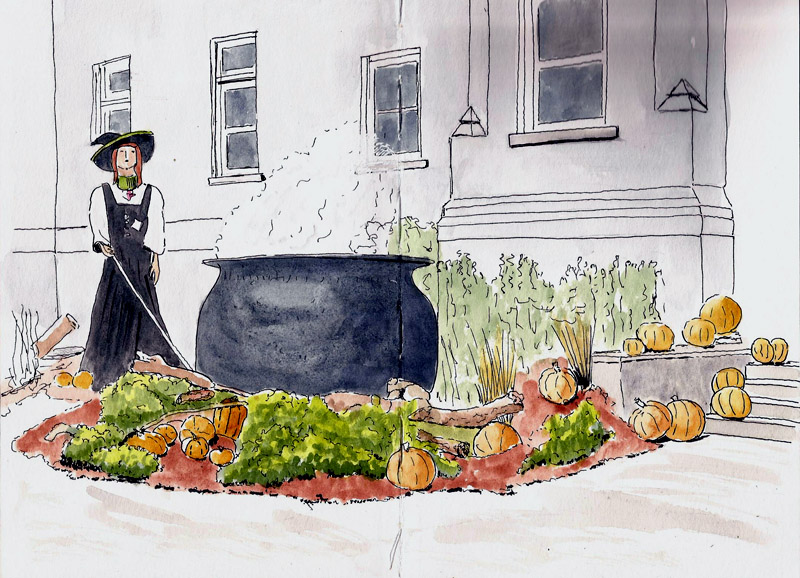 Every year, during this last week in October, the sketching community posts a flood of great sketches of pumpkins, witches and ghouls of all sorts.  It’s not happening this year because we’re all sitting inside, looking out on a world that has cancelled Halloween.

But you know, we all say that our sketching provides memories, that we’re documenting our world, and we HAVE done exactly that for many Halloweens in the past.  Soo…what I’m going to do is post a couple of my old Halloween/Thanksgiving sketches each day until Halloween.  Thanksgiving in Canada is in the same month as Halloween so pumpkin displays sort of merge together.  That’s why I’m going to include some of those sketches.

To start things off I’ve gone way back.  These are the first pumpkin sketches I ever did.  The first one was done on a very rainy, cold day and I remember sitting under the eave of our farmer’s market as I sketched it.  Mostly I remember the cold. 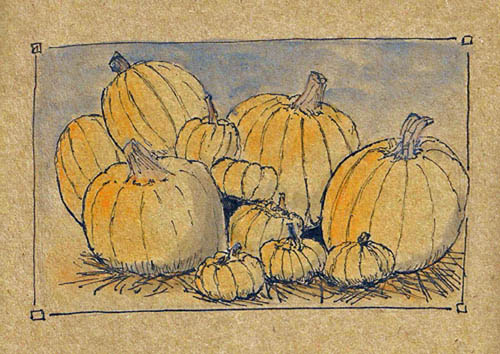 We always claim that each sketch we do conjours up personal memories of the day we did it.  I’m afraid this one does not.  I have no idea and I suspect that’s because I set up the still life in our kitchen or some such.  Note the dates here…October 2012 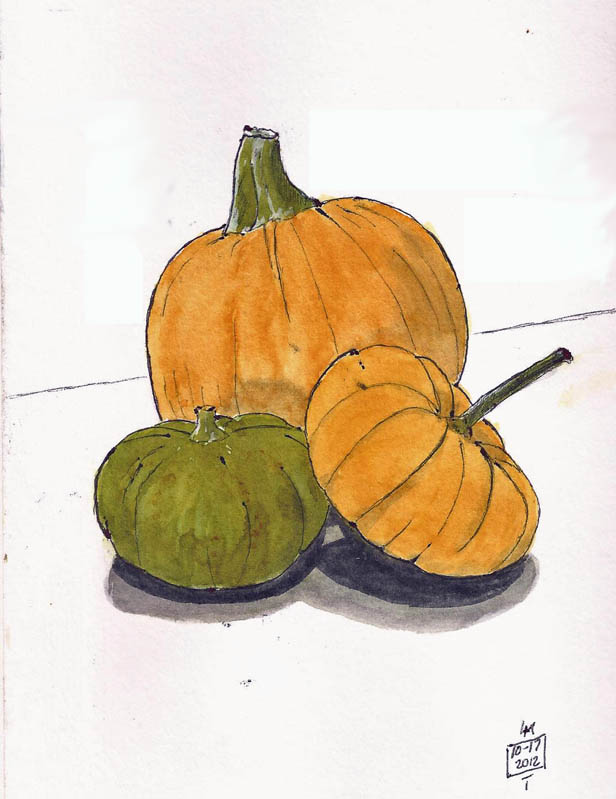 More tomorrow.  I encourage others to do the same.  Let’s not let these holidays pass uncelebrated just because of a pesky little virus. 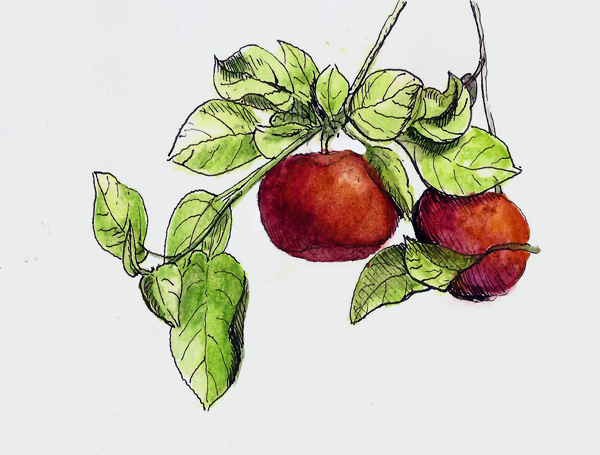 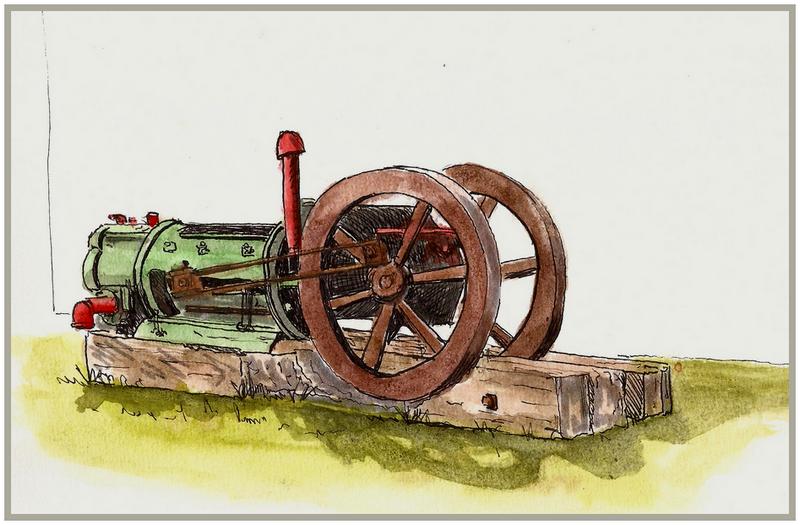