One of my many struggles as a sketcher is that I am slow, very slow.  I love to get into a subject and spent an hour or two sketching something.  But many times, I just don’t have that much time, or the scene I want to sketch is just too transient, or I’m with other people who don’t want to wait around for me to spend an hour sketching.

So, one of the things I vowed to do this winter was to work on my quick sketching abilities.  Quick sketching people is a good way to improve (develop?) those skills, of course, and it fits well with our harsh winters because I can be do it inside.  I went with Yvan, an amazing quick-sketcher, to our main library and we sat for a couple hours doing quick sketches, or in my case attempting to quick sketch people who were sitting/standing in the library. 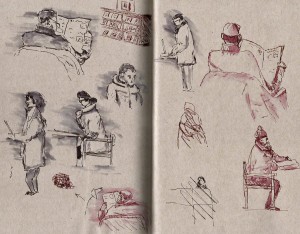 Here is one of two spreads of these sketches that I did.  You can see some abject failures.  You can see evidence of where I started to sketch someone just as they got up and walked away.  You may also see a sketch or two that actually looks, kinda-sorta like a person.  At least I hope you do (grin).

Of course, being the building guy that I am, I couldn’t resist doing a quick sketch of a piece of the building across the street too.  Very quick and about as loose as I’ve ever tried to sketch a building. 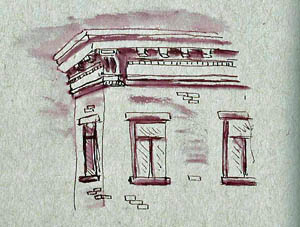 All of the sketches were done in a Strathmore Series 400 ‘gray’ sketchbook using a Pilot Metropolitan (M) with Waterman Absolute Brown or a Lamy Safari (XF) with Private Reserve Velvet Black.  Both of these are washable inks and I used a waterbrush to create a bit of shading here and there.

It’s interesting to compare the Pilot Metropolitan, with its “medium” nib to my Lamy Safari “extra fine” nib.  The Metropolitan is finer, illustrating clearly the differences between Asian and European sizing nomenclature.  Between the museums and the library I continue to be a busy location sketcher in spite of the wind and cold outside. 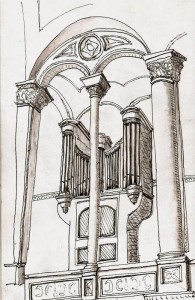 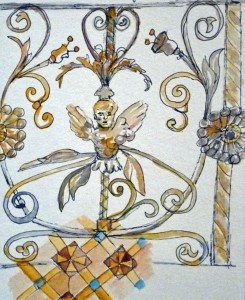 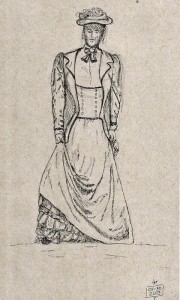 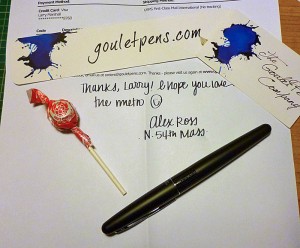 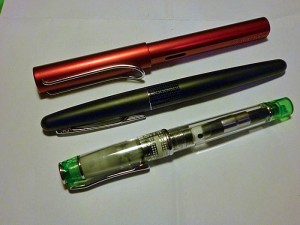 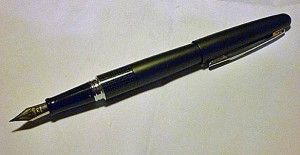 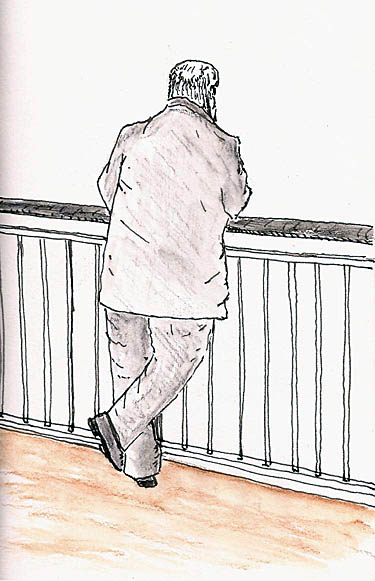