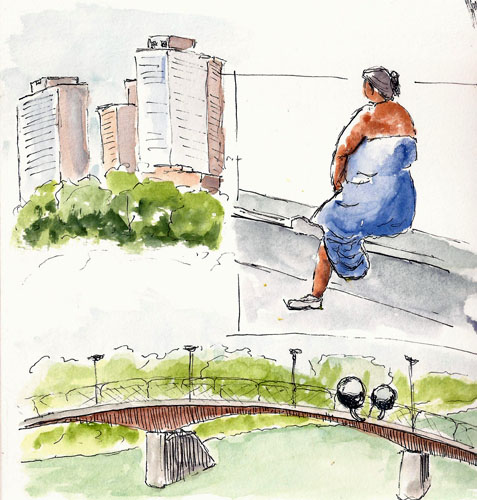 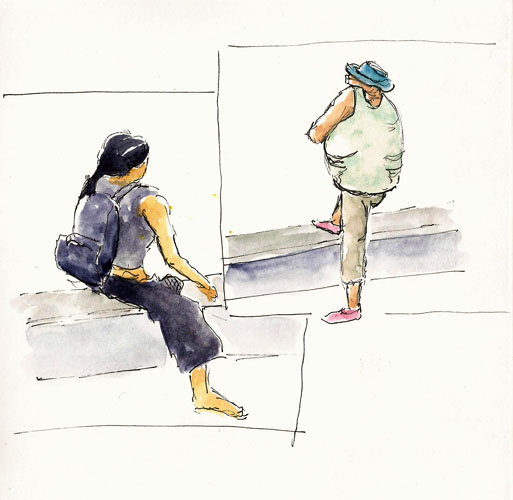 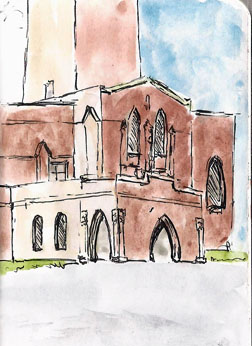 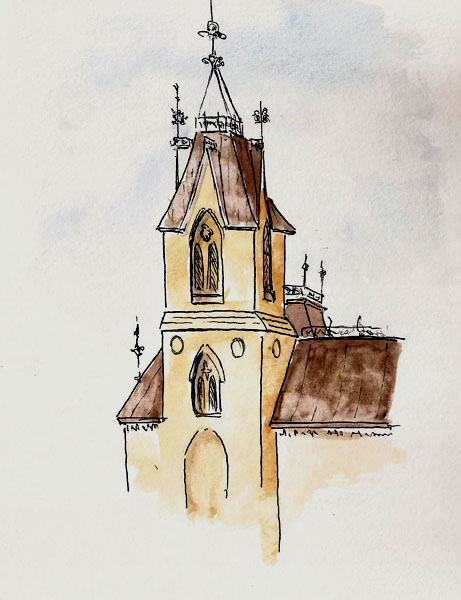 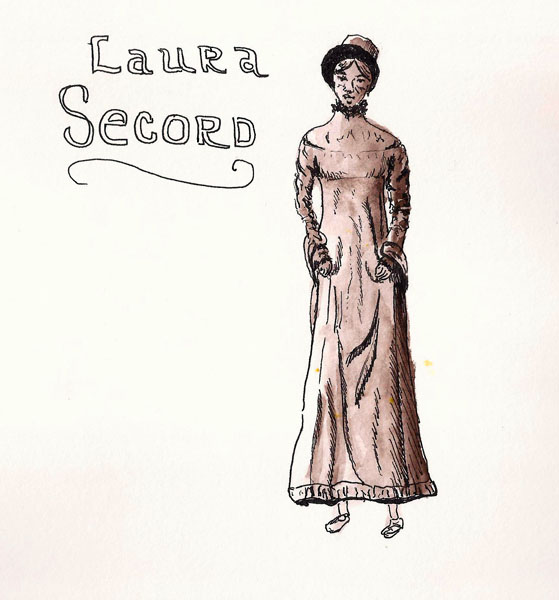 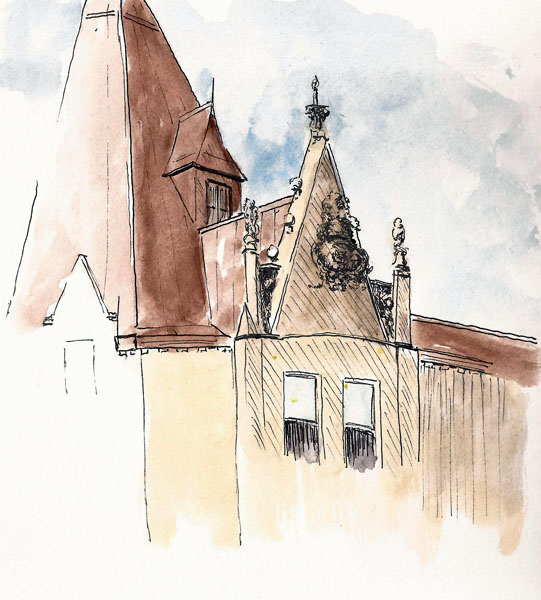 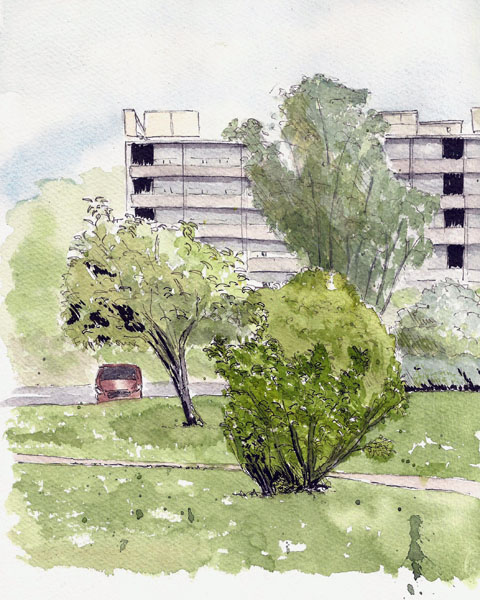 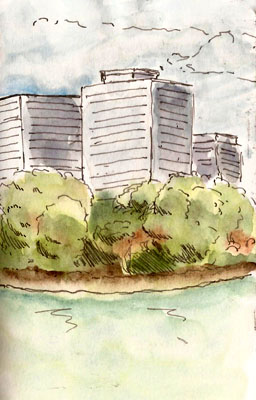 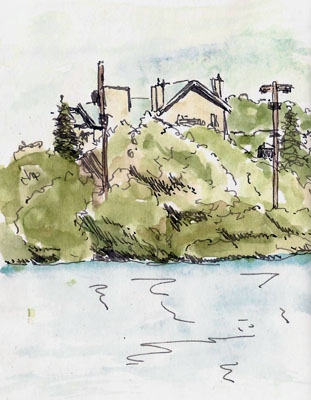 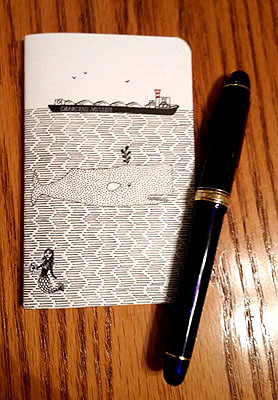 When I was in Ottawa I visited a stationary/card store because, well, that’s what I do.  It was a delightful store, though their pricing on fountain pens was really high ($68 for a Lamy Safari) but it costs nothing to look.  There were several things I wanted to buy but I guess I was in a “do I REALLY need that” mood and I didn’t buy most of them.  The one exception was this tiny notebook made by Clairfontaine.  It contains really smooth, thin paper that’s not idea for drawing but gosh it’s cute.  I had to have one.

I’ve only done a couple sketches in it but it’s fun to draw this small on occasion.  I think I’ll get $4.00 worth of fun from it. 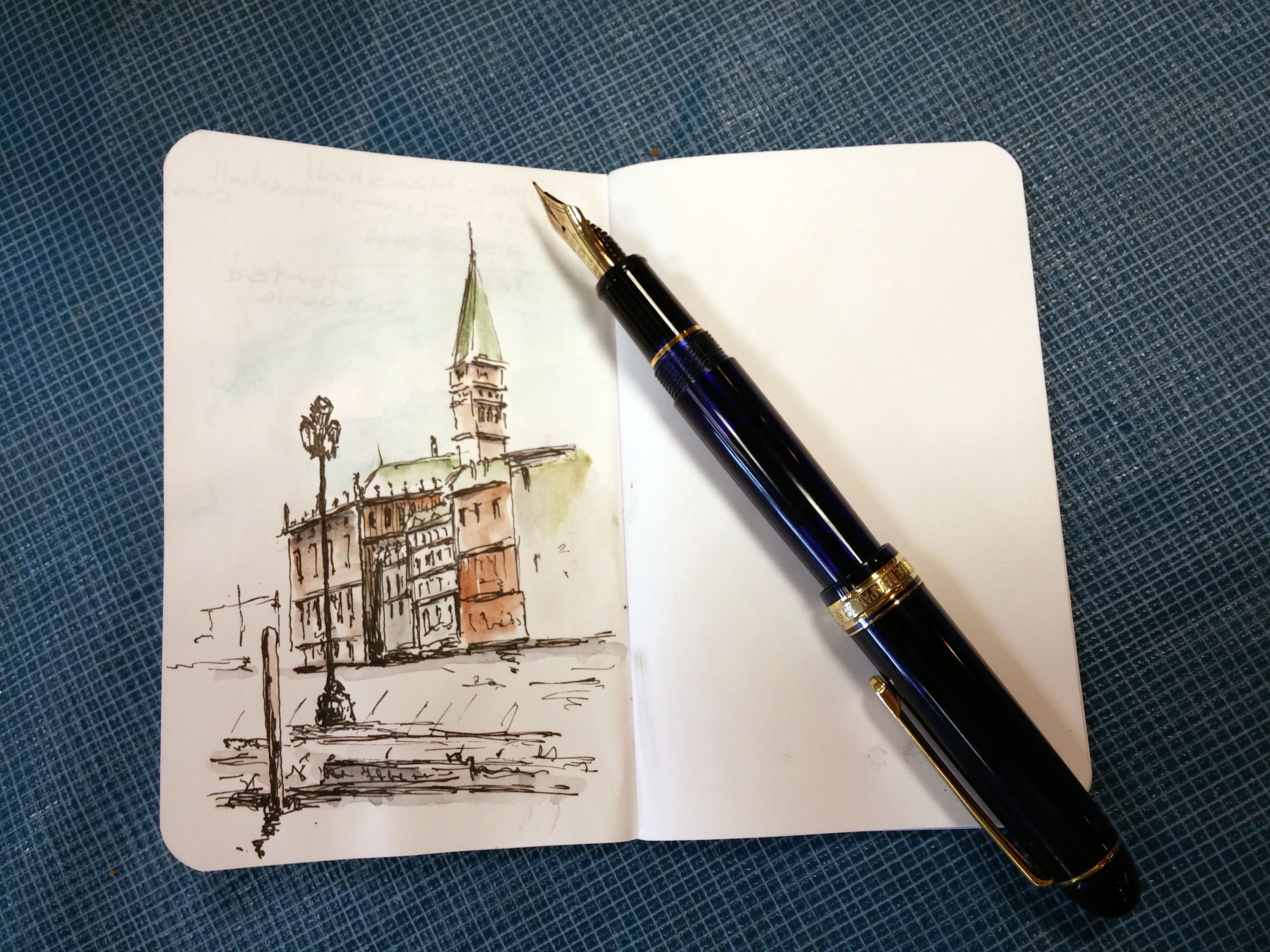 The day of my daughter’s graduation we did some more shopping and returned to Andrew Haydon Park.  It was still windy and still stormy but we like this park because there are a lots of geese and you can see the St. Lawrence River from there.

As a chipmunk foraged around us, I drew this sketch of a spit of land that sticks out on the other side of the marina associated with the park.  I forgot to include it in yesterday’s post. 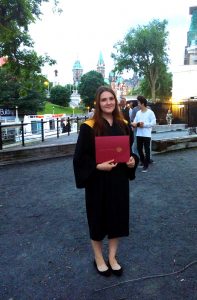 I didn’t make it to any of the museums because we spent the weekend doing more exciting things, like laundry, shopping and grocery shopping (grin). 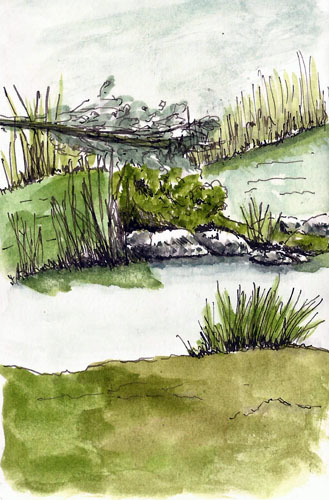 It was a hectic weekend, made a bit more unsettled by the fact that high humidity and high temps combined to provide a near constant threat of thunderstorms.  There was even a tornado warning at one point.

As it turned out, we didn’t see a lot of rain but there was a lot of wind.  We did sit in Andrew Haydon Park, though, and I did some quick sketches.  It’s hard for me to spend much time on sketches when I am with other people who are not sketching. 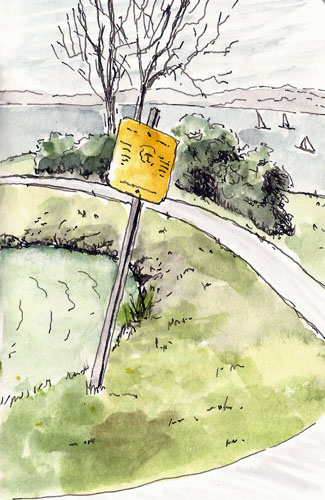 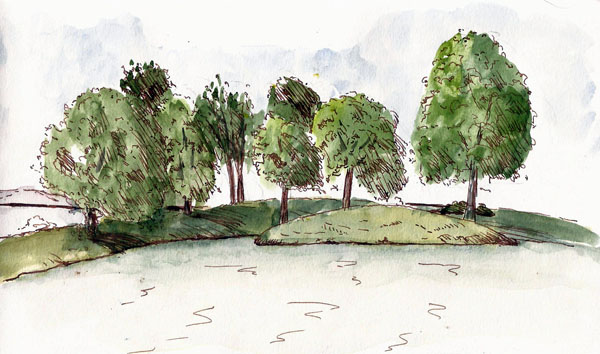