One of the fun things about sketching in Quebec City is being able to sketch buildings that have been repurposed and, sometimes, being able to see photos of what the building used to look like.  There are a couple photos of Michaud Service from the 50s but they’re copyrighted and so I’m not going to post them here.

In a way, this is a fairly plain building but the huge sign that still resides atop the building, and the somewhat organized graffiti along the south wall just spoke to me.  There was also the matter that I could sit in the sun which kept me from completely freezing as I sketched.  I did high-tail it for home and tea to do the color once I warmed up. 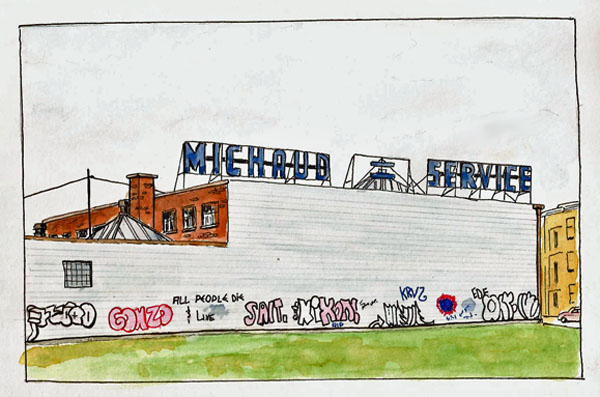