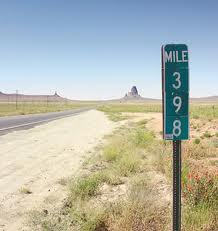 When I was in the magazine business life was a continuous series of milestones.  Every four weeks the sequence repeated.

1) All text from outside authors were in house and content edits completed.

3) Any articles I was responsible for were written.

4) My editorial was completed.

All of these activities overlapped one another and ‘lots of balls in the air’ is a good descriptor of the magazine business.  And while it was a hectic life, it was also very gratifying because of those milestones.  There’s something satisfying about completing something and doing it on a schedule makes it that much better.

All of my schedules are self-imposed these days but nevertheless, completion of milestones still feels good.  And so it was today that I completed all major revisions on my novel Her Book of Shadows.

This novel was a gleam in my eye back in October of last year.  I took advantage of NaNoWriMo to write the draft and I completed it in 18 days.  I took a break through the Xmas holiday season and probably dragged my feet with the revisions but six months from inception, it’s done.  I should be available ‘real soon.’