There’s a hospital a mere half hour walk from my house that has a small cemetery associated with it.  It’s somewhat special because there is a sculpture that honors French soldiers who died during the Seven Years War (1756-1763) as well as a series of plaques listing their names, by year.  It’s also the case that Montcalm, the Commander of French forces is interred there.   Montcalm was killed during a battle on the Plains of Abraham, the battle that was the turning point of the war in favor of the British, though the British commander, Wolfe was killed as well. 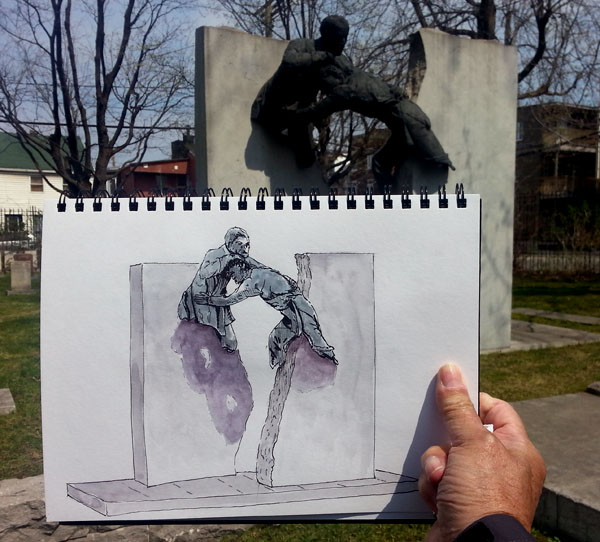 I mention all this because I met with Claudette, Louise and Fernande to draw the sculpture on a day that was too cold and windy for reasonable people to be outside, but we’re tired of waiting for spring.  So, bundled up and huddled against the wind, we drew, we laughed, and enjoyed each other’s company.  I had the presence of mind (an odd thing for me) to take a photo of the group so you can finally meet some of my friends.  I also had the opportunity to take quick photos of their sketches so I can share those with you as well.  Hope you enjoy them.  They’re very talented sketchers. 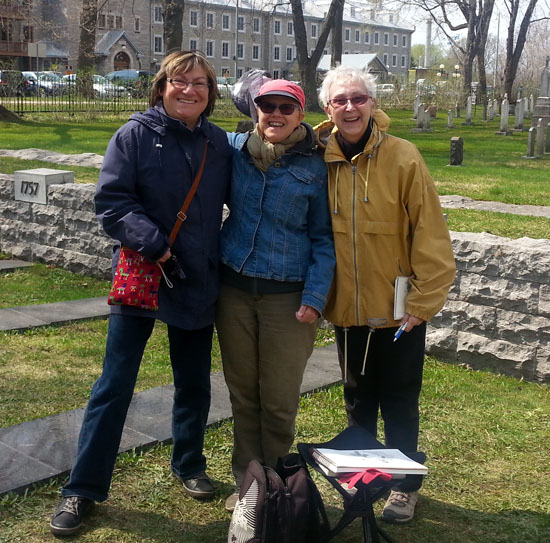 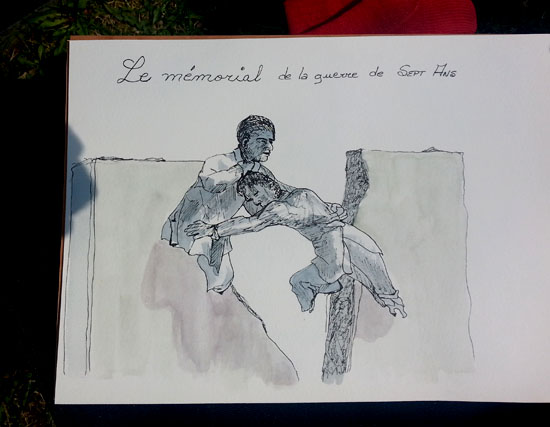 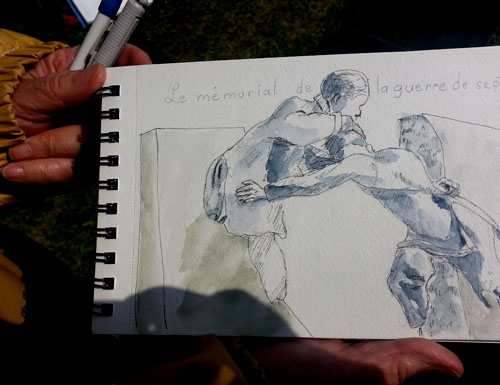 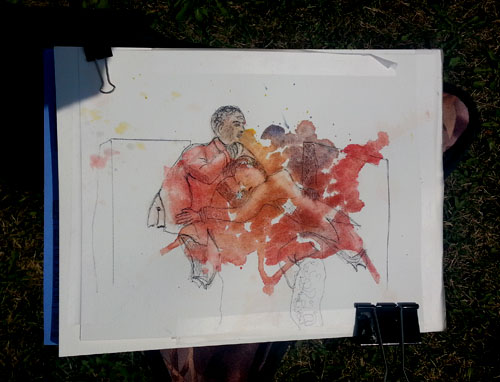