I started posting my sketches to this blog as a way of maintaining a history of them.  It’s since morphed into a way of sharing with others but that original idea remains, although I long ago stopped posting everything I draw.

And this week has been a cold one.  The beginning of the week had us enjoying -32 to -38C temperatures.  The 58C difference between our inside and outside temps stretched our house heating system to its limits.  But on Wednesday is “warmed up” and we needed milk so I decided to walk to the store to get some.  It was -16C at the time but the walk is only 3-minutes in each direction and so I headed off.

And here’s the crazy part.  That morning I’d seen Alissa Duke’s post of some quickie sketches she’d done of the backs of cars and I couldn’t help but see every rear-end of a car as a target.  It was nuts but I drew several really quick, really frozen sketches.  By the time I got to the store I was frozen, though each sketch took less than 30s. 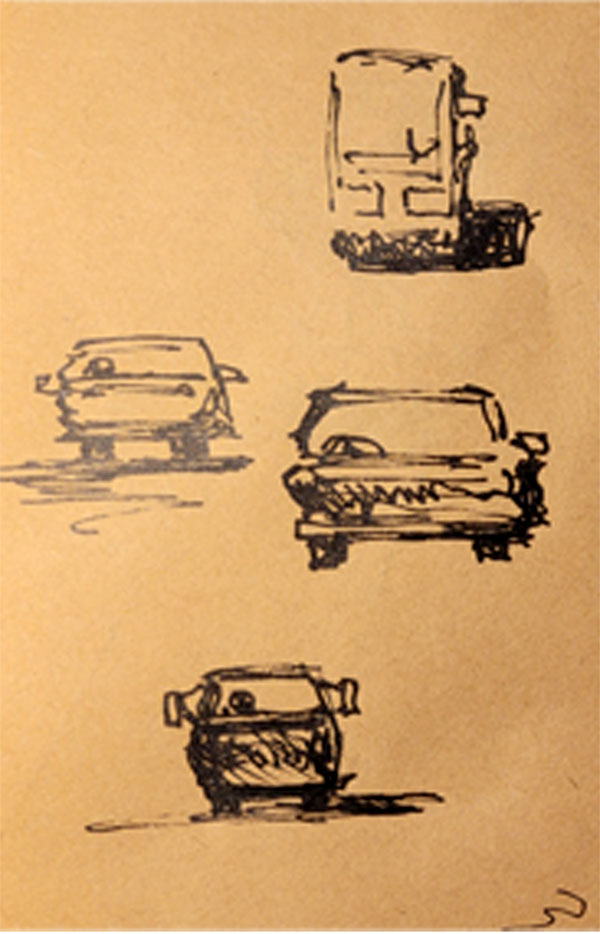 The funny thing is that you can actually see the shivering shakes in some of the lines.

But since pursuing the oil colors, purposely putting my pens down, it’s been a while since I’ve enjoyed pen sketching.  When I got home and warmed up I drew this guy from a reference photos used by a YouTuber to do a very detailed charcoal drawing.  Let’s just say mine was less detailed.  Then again, mine only took a few minutes (grin). 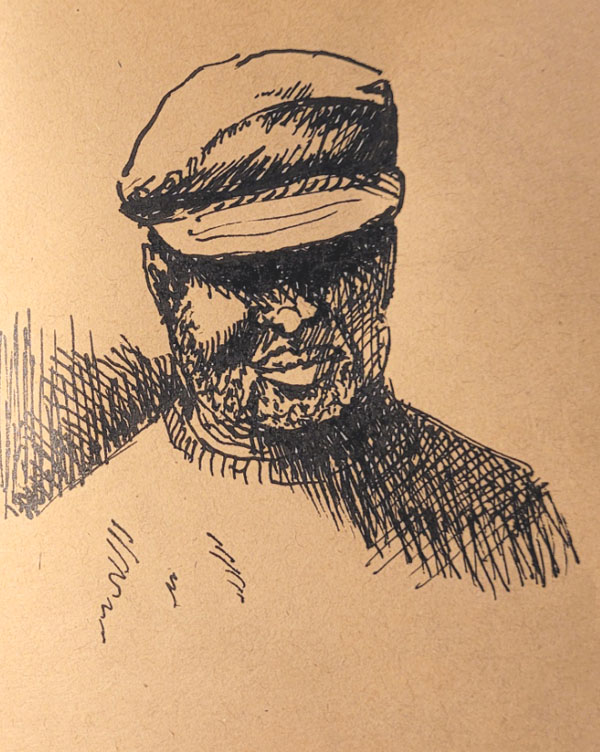 It was fun to lay down some ink again.  We’re back to really cold and a blizzard is swirling outside.  What kind of stupid people choose to live in a place like this?

3 Responses to “Quick Sketching In The Cold”