Saturday, January 25th is the date for the 42nd Worldwide Sketchcrawl.  It’s very cold in Quebec City this time of year so we’ll be having our sketchcrawl indoors at the Musée de la Civilisation.   We’ll be at the museum from 10h to 16h, breaking for lunch at mid-day.  Bring a lunch or buy it at the museum but we’ll gather at the museum cafeteria around 12:30.

Participation, of course, is free.  Normally, entrance to the museum is only available from 10h to 12h but the museum has generously offered free admission to all participants regardless of your time of arrival.  Just let them know that you’re with the sketching group.  Coat check is also free. 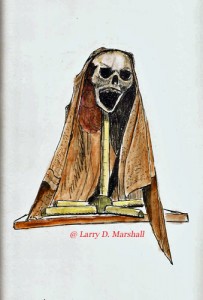 It should be a great day as there’s plenty to tempt you to put pen to paper.  While a bit bizarre, the Haiti In Extremis exhibit offers some macabre sketching possibilities.

The newly refurbished and expanded Native American exhibit is also full of goodies to sketch, from snowshoes, utensils, weapons, carvings, paintings, mannikins all waiting for interest a sketcher. 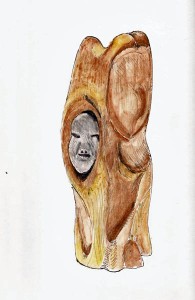 There is a large computer games exhibit and while it’s mostly a bunch of boxes on which you can play video games, there are a number of possibilities for sketching as well, including a full-sized sculpture of the lead character for the Assassin’s Creed III video game. 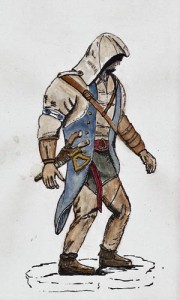 There are also a lot of interior architecture possibilities as the building itself has a lobby area that is an architect’s dream.  I still need to do some sketching there.

Of course the star of the show right now is the Paris: 1899-1914 exhibit.  Here you’ll find a room filled with old camera and movie projector equipment and ongoing movies from the period. 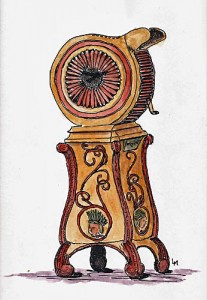 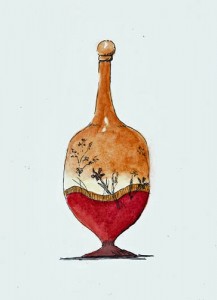 There are a lot of sculptures, busts, and vases if that’s your preference.  You’ll also find a number of early vehicles, including a  steam-powered car. 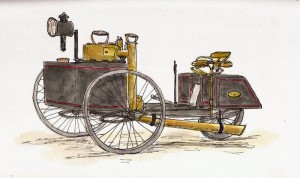 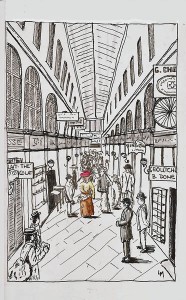 The exhibit also holds a lot of very large posters as well as floor-to-ceiling projections of photos, taken in Paris in the 1900s.  I did this sketch from one of those.

And, of course, a Paris exhibit wouldn’t be complete without pieces that represent the cabaret scene of the era.  Lots of great stuff to sketch in that part of the exhibit. 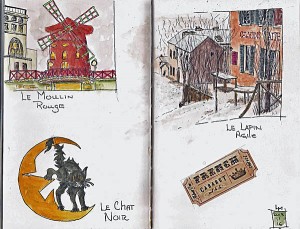 In short, you won’t want to miss this sketchcrawl as we’re going to have a ball.  I hope you’ll join us.  And from the organizers, Yvan Breton and Celine Poulin: