When people think of Winnie the Pooh stories they think of sad-sack Eeyore, bouncy Tigger and, of course Pooh himself.  Almost forgotten is a fourth member of their tribe, Piglet.  He doesn’t have as many lines as the others but he’s still an integral part of the Winnie the Pooh mythos.

In spite of his being Pooh’s best friend, he was omitted from the first Disney rendition of Winnie the Pooh and it took A.A. Milne’s (Pooh author) protestations to get him included in subsequent films.  Piglet should get more respect than that because he tries so hard to be brave in spite of his small size.

I’m continuing to draw my daughter’s collection of stuffed animals and I really enjoy it.  I’m not sure whether this is because they’re stuffed animals (very different subject for me) or because its studio work, something I am dis-inclined to do, though I should.  In either case, drawing Piglet was a joy.  Piglet, you’re the star today. 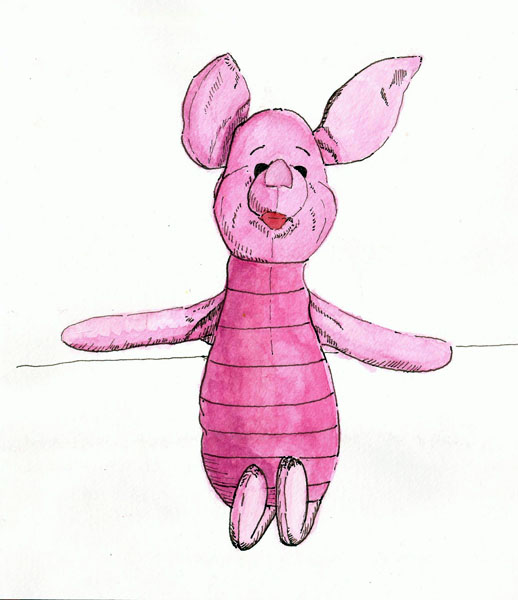 2 Responses to “Piglet Gets Some Attention”