The thing I remember most about my dad was the expressions he used to describe his universe.  When something was good it would often be “just peachy.”  Oil painting may 0r may not be an ideal medium but, for me, it’s just peachy.

Like any new medium, however, the early stages are filled with “how do you do…” about it.  For me, that’s a lot of fun but I can see how it might be frustrating for some.  I can draw stuff but everything I’m doing these days is about getting the medium to work so what I’m painting doesn’t really matter much.  I’m also facing a lot of stuff of nature that I haven’t had to think much about before as an urban sketcher.

Texture is one of those things and I was flipping through a book I own called “A Garden Eden,” which is a Taschen compilation of a bunch of botanical drawings and watercolor paintings.  It’s cover-to-cover eye candy.  Anyways, I came across a watercolor of a peach and I was taken by how fuzzy the peach looked.  I’m always surprised by what botanical artist can accomplish and I started thinking about how to do that with oil paint, or any paint for that matter.

In spite of being a complete beginner with oils, I decided to try it.  I drew the peach and its associated branch and leaves onto a 9×12 piece of MDF that I’d primed with gesso.  I was off and running.  The painting?  That was more like being at the 20 mile point of a marathon only rather than hitting a metabolic “wall”, this wall was because I had no idea how to make oil paint fuzzy (grin). 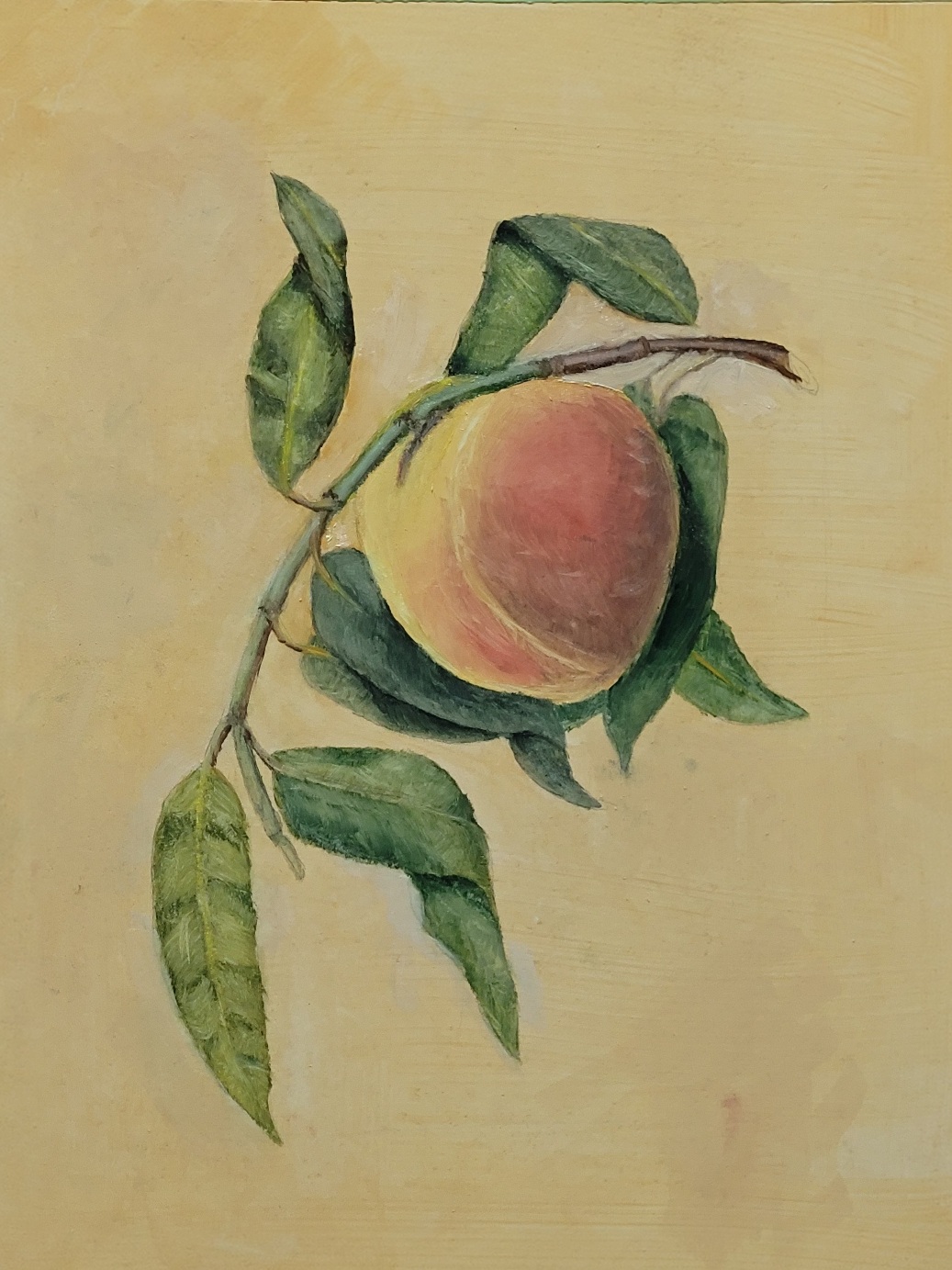 I worked, and worked, trying everything I could.  Mostly what I learned was that patience and stubbornness can go a long way to overcome a lack of skill.  I worked on that peach for at least two hours, but I think it actually looks fuzzy, though not as smooth as I’d like.  Then I had to paint all those leaves.  “How do you do…” Because oil paint dries slowly, that was ok and this is why I have to say that oil paint is “just peachy.”