If you only view Quebec City through my sketches you’d think we only had old buildings, all built before the 20th Century.  Part of “artistic license” is the ability to choose my subjects and I do prefer the older buildings.  Quebec City does have modern buildings, however.  They’re just boring, like they are in most cities.

But stick a bunch of flags in the scene, as exist along Boulevard Rene-Levesque near our Grand Theatre and even tall block boxes like the Delta Hotel start to look ok.  The Delta Hotel is still boring, but the flags are cool (grin). 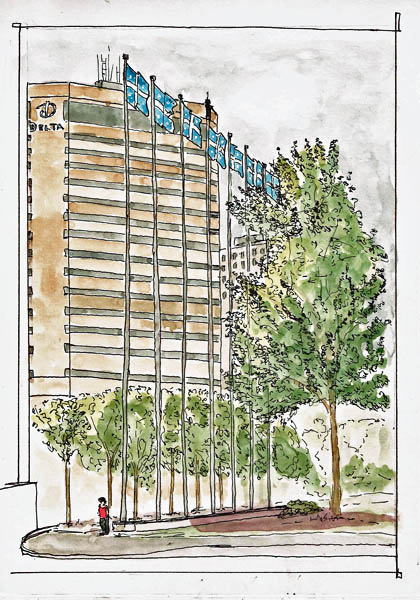 2 Responses to “Not All Quebec City Buildings Are Old”