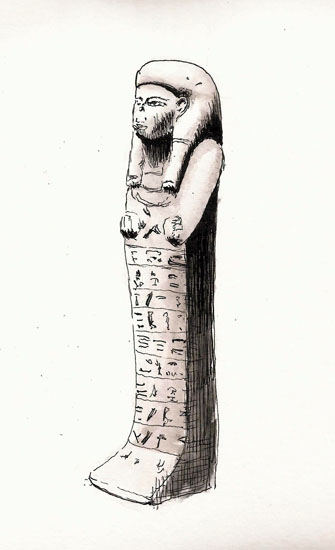 We’ve got a sketchcrawl coming up on Saturday and it looks like an unexpected blob of warm weather in early November is going to reward us for scheduling an outdoor event this late in the year.

But, truth be told, outdoor sketching is mostly over so I’m making regular trips to the museum to draw.  The big exhibit right now is Egyptian and composed, mostly, of small statues, jewelry, and some miscellaneous goods.  I’m in a mood right now to work on speeding up my sketching so rather than doing slow, precise drawing of these items, I’ve decided to draw a bunch of them more quickly.  I’m not quick-sketching (2 min or less) but rather I’m spending 10-20 minutes per item, trying to capture them as accurately as I can in that time.  Given my normal snail-like pace, I admit to feeling rushed.  It’s fun and I’m hoping that this exercise will add something to my skill set.  Here are a couple of the sketches I did during the first exercise session. 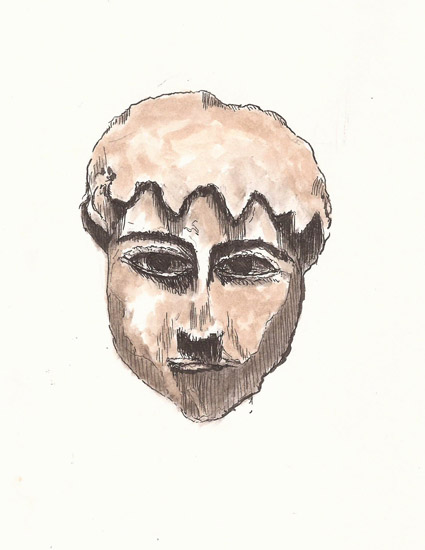 Eventually I’ll do more detailed renderings of some of these pieces, but I feel that varying the time I give myself to do sketches has really helped me improve and I want to continue playing with that variable.  Do you do that?