Looking Out My Backdoor was one of the craziest songs CCR ever created.  It won gold and platinum records, made you happy when you heard it, and the lyrics made no sense whatever.

Sometimes my sketching is like that and no more so than when I went sketching with Yvan at the museum chapel where we’ve been sketching lately.  Due to circumstance, mostly beyond my control, I arrived at the chapel really late.  Yvan was well into his sketching and so I looked around for something to draw quickly in the remaining time. 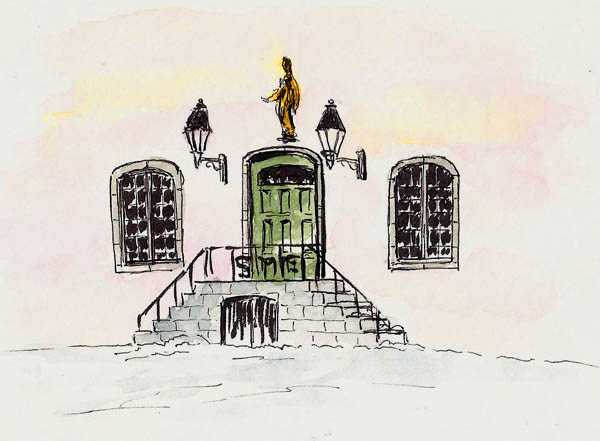 There are windows that look out on a large courtyard, with beautiful seminary buildings encircling it.  I’ve drawn their roofs and steeples in the past.  But today everything was covered with featureless snow, so there wasn’t much to draw.  I decided to sketch the entrance on the other side of the courtyard.  Then, I drew the only other thing sticking up from the white landscape – a bicycle and trash can.  See what I mean?  Just like the CCR song, the sketches make little sense but they made me very happy.  Hope they make you smile too. 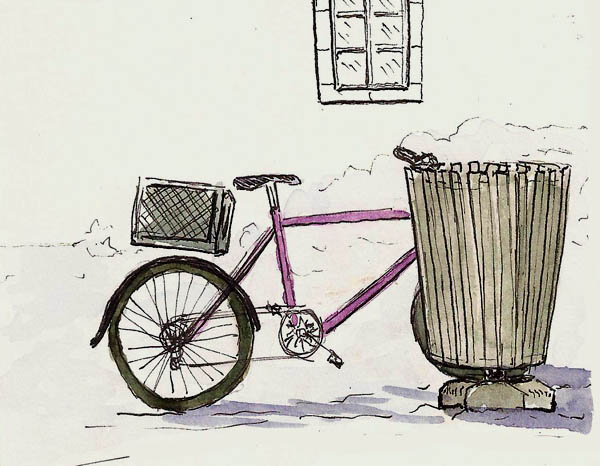 One Response to “Look Outside Sketching”