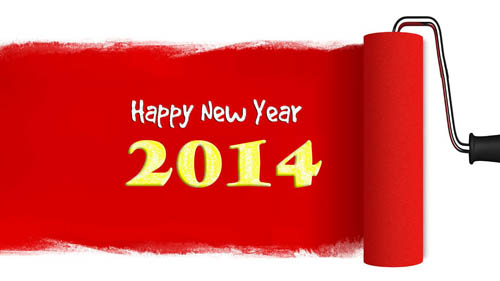 A few decades ago I realized that all this is just “talk” and that, most the time, the smart money is on people forgetting all about their resolution within a week or so of making it.  That’s why we’re all fat, don’t exercise enough, and not very nice.

But not me.  Year after year I keep my resolution – 100%.  That’s because I resolved not to resolve anything, and it works every year.  Pretty cool, eh?  So, think hard about what your New Year’s resolution will be.  I think there are two ways to go with this, unless you’re just blowing smoke during resolution season in which case, just keep talking about how serious you about sticking to your resolution “this year.”  Otherwise, read on.

Do like I’ve done.  Resolve something that is self-fulfilling, and/or automatic.  How about “I’m going to breathe every day” or “I won’t change my gender during the whole year.”  Well, that last one might not work for some people but you get the idea.  Then, like me, you can proudly crow to everyone you meet, “I kept my New Year’s Resolution.  How about you?”  This accomplishes nothing, of course, but at least you can be confident of success… sort of like Congress saying they did nothing because that was their goal.

This is the alternative for those of you who actually want to change something in their life, whether it be to lose weight, take up a new hobby, learn to play an instrument, or whatever.  This is the hard alternative of the two but it does pay dividends.

To do Option Two get a small notebook and for each of the first 30 pages in that notebook, write a number from 1 to 30 at the top of the page.  THEN, do whatever your resolution demands, EVERY day, for 30 days.  It takes that long to develop a habit, to integrate it into your life, and to find out if it’s actually something you want to do.  Giving up after a week cuz it’s too hard or rationalizing your way out of something hard by saying “I don’t like it” is not an option here.  Each day, after you’ve done whatever it is your resolution requires, make a note of what it was you did that day.  Keep it up for 30 days.

At the end of that 30 days the activity will be something you’re doing every day.  You might still want to stop doing it because you’ve decided that you really didn’t want to become an underwater basket weaver but you won’t be able to say “I don’t have time for this.”  You’ve just spent 30 days doing it – you have the time.  It’s likely that you won’t be able to say “This is too hard” as you will have done ‘it’ enough that you will have made considerable progress in the endeavor, enough that you can see the results.  And most important, it will have become a habit in your life, not just a spoken, vague goal.

BTW, this is how I started sketching.  I decided I want to try it but wasn’t sure I could.  In fact, long ago I was told I had no talent for art but I’m old now and don’t have any elders to pay attention to anymore.  But I also realized that it would be hard as I couldn’t even draw a darn cube without it looking like it’d been run over by a truck.  So I set the 30-day goal and I drew a lot of bad cubes for 30 days…until I saw that I was improving.  At the end of that 30-days my cubes were pretty darn good and and I’ve been sketching nearly every day since.
So, what’s your New Years Resolution?  Option One, Option Two, or are you just talking.  In any case,

4 Responses to “Just Say No: Resolve Not To Resolve”