When I was a kid I remember Howdy-Doody and Buffalo Bob, Captain Kangaroo, and Sheri Lewis and Lamp Chop.  When my daughter was little she watched Mister Rogers and Sesame Street.  Kid shows with a mix of adult and puppet characters have always been popular.

A show I never did see was very popular in Quebec and involved Bobinette, a wooden-headed puppet, and Bobino, a guy sporting a vest and bowler hat.  I’d heard of Bobinette but never seen her until, because of rain (again) we were forced into the museum.  A new display provided some insight into this early TV show and provided a chance to draw her.  The show was called Bobino and ran from 1957 to 1985.  Bobinette was Bobino’s sister.  Isn’t she a doll? 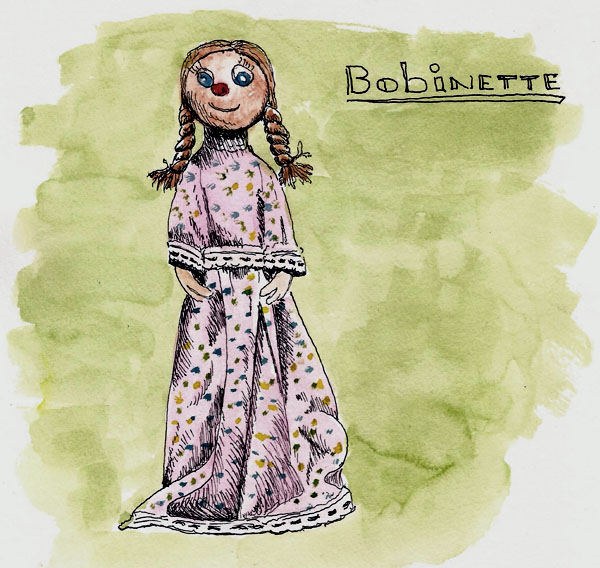