The last couple weeks have been tough on my psyche.  My clock says its spring.  I should be able to sit in the sun and sketch.  But Mom Nature is still playing tricks on me and that has put a damper on my sketching enthusiasm.

Has this happened to you?  I’ve managed to keep a pen in my hand, sketching in museums and at indoor ‘still life’ sessions, but it’s the tantalizing thought of sketching outdoors that has caused my funk.  The temps get just warm enough that I think I can go out.  I do and it doesn’t take a long time to realize that an extended, sit-down sketching sessions is just not possible because it’s not quite warm enough and it’s only the walking that is keeping me warm.  If only I liked to sketch from photos. 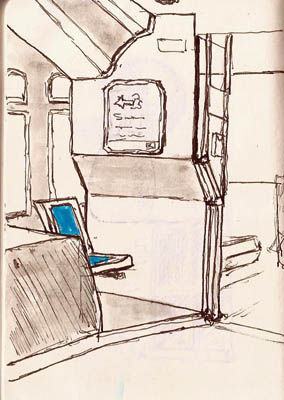 Got on a bus at a turnaround point. Was the only one on the bus, so I sketched the area behind the driver. Pilot Prera. 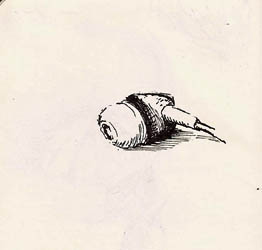 So, my sketching has become a long series of small quick sketches, some done outdoors but often done while I’ve been bored by TV.  Here are a few of those sketches.  All of these were done in my cheap 3×5 notepad.  Pen is noted.  I guess I’m slowly starting to do a bit of sketching outdoors but ‘slowly’ and ‘bit’ are the operative words.  Will it EVER warm up? 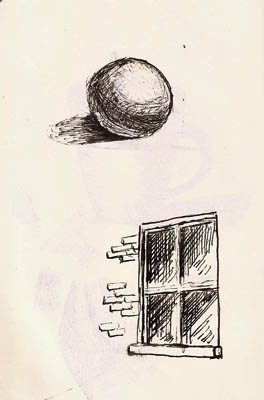 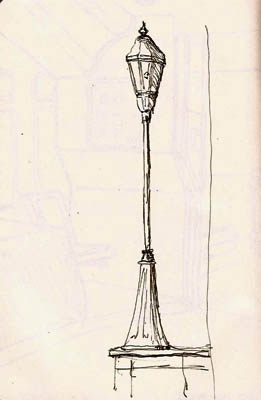 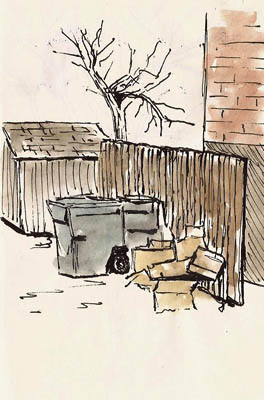 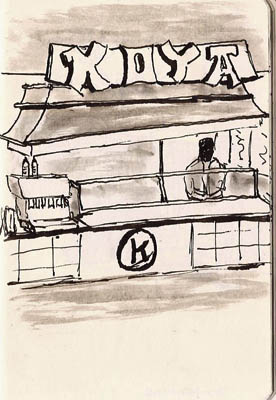 Got to a lunch appt. a few minutes early. One of the food court kiosks. Hero 578.

4 Responses to “Funky Sketcher Or Just In A Funk”