Larry FINALLY gets to sketch outdoors!!

It warmed up all the way to 44F on Friday and there was little wind.  I found myself sitting in front of the Quebec Parliament building and while the sketching was quickly done, it felt GREAT to be outdoors while sketching. 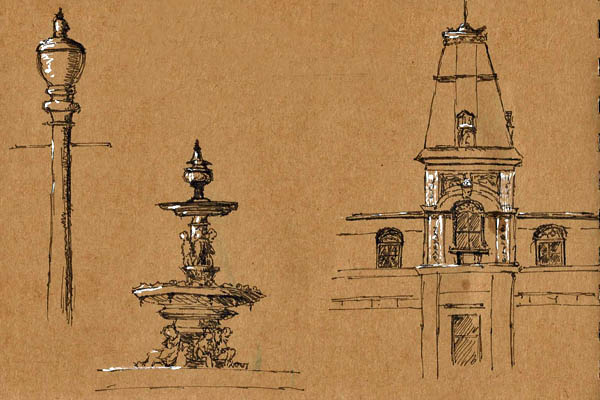 I started by drawing the right spire of the parliament building itself.  I followed this with a lamp post and then did the sketch of a large fountain featured in front of the building.  Done on cheap brown paper, the Lexington Gray feathered a bit, even when using my fine nib Pilot Prera but I was having so much fun that it hardly mattered. 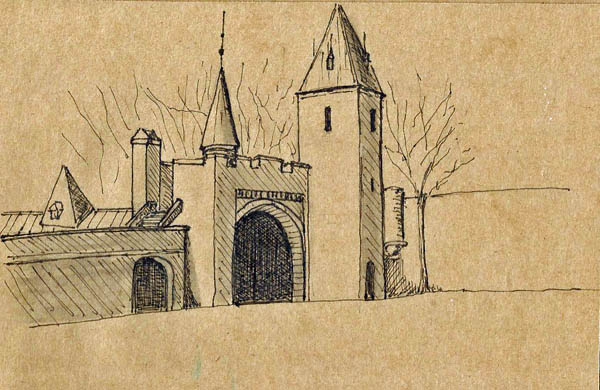 I was cooling down but I did a very quick sketch of the St. Louis Gate, through which rue St. Louis passes into the old city.  By the time I finshed, the 44F temp had taken its toll and I needed to move.  Nevertheless, I officially decree that the Quebec City outdoor season has begun.  The fact that it’s too cold to sketch outdoors today is irrelevant.