“Artillery Park” is a name given to a cluster of buildings that used to be an ammunition factory but that now is a mix of a tourist spot, a park and two small museums.  It’s also going to be the site of our Fêtes de Nouvelle France this year.  But on this day, it was where Yvan and I went to sketch.  There are a bunch of nice scenes to be had there and we’ve both sketched there before, but we’ve yet to wear it out so we aimed our pointy devices at it again. 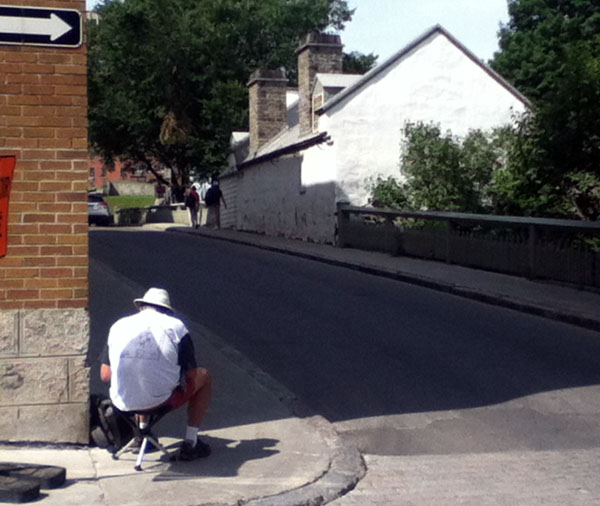 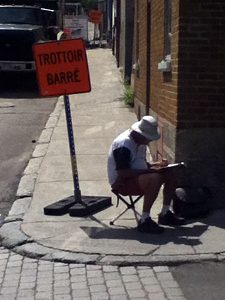 I chose to draw the backside of a small administration building that features a couple really humongous chimneys.  Why they’re so big I haven’t a clue as the building itself isn’t that large.  But I thought it made for a nice scene.  Besides, the city had set up signs for me so I’d have a protected place to sit while drawing.

I had a lot of fun with this sketch but confess that I struggled with the perspective of those big chimneys for some reason.  Just couldn’t ‘see’ them right. 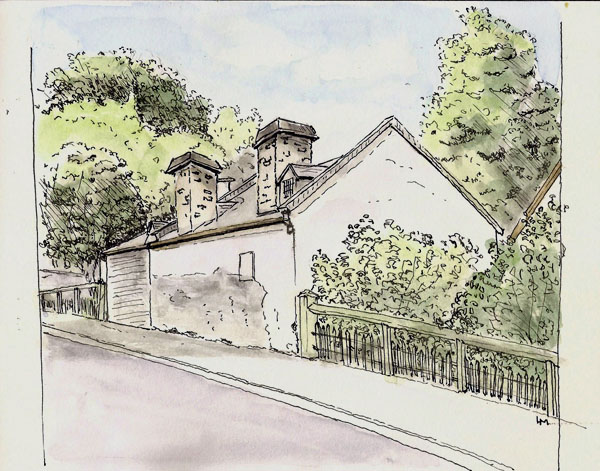