Remember when we were kids and would do crazy stuff, like hop in a car and drive forever so we could spend a couple hours somewhere, only to jump back in the car for the long drive home?  I do.  I’m old now, though, and that’s just crazy… isn’t it?

Well apparently not.  I was in Ottawa a few weeks ago and got to attend the John Ruskin exhibition.  For me that was thrilling as it was the first time I’d ever seen large, formal pen and ink drawings up close and personal and Ruskin is one of my favorites.  But my sketching buddies weren’t with me and they decided that they needed to see the exhibition before it ended (this weekend the last weekend it will be in Ottawa).  I couldn’t pass up the opportunity to see it again so I tagged along. 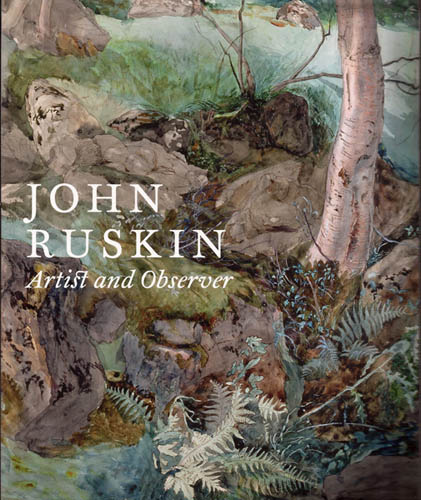 So we, four adults of otherwise sound minds, climbed in a car at 6:30AM and headed west, for a little five hour drive.  When we got to Ottawa it was raining but we were counting on the museum roof holding up and so no spirits were dampened by the rain.  Parking was surprisingly cheap (less than half what it costs in Quebec City) and it was only a couple minute walk to the museum.

Once inside we checked our coats, bought our admission tickets and spent a glorious day staring at art done by people who are better at it than we are.  Well, the guy whose idea of art is to place a huge boulder on a broken airplane as an indication of gravity might not be.  The guy who drove a go-kart down a bumpy road while holding a piece of charcoal on paper might not be either.  But Ruskin, Monet, and Krieghoff most certainly are and they entertained us for about five hours, including a lunch break.  Then it was back in the car for another five hour drive.  Ten hours of road time and five hours of great art.  A two-to-one ratio ain’t bad.  I remember trips with a less favorable ratio.  Do you ever do this sort of thing?  Should you?  Should anyone?  Yeah…of course we should.