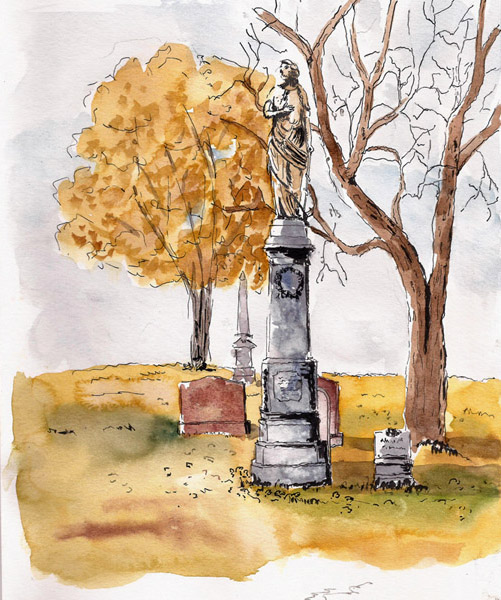 4 Responses to “Cemetery Sketchcrawl Was A Big Success”