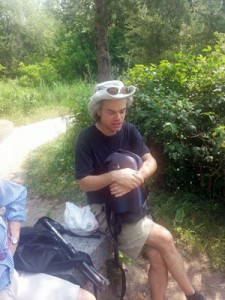 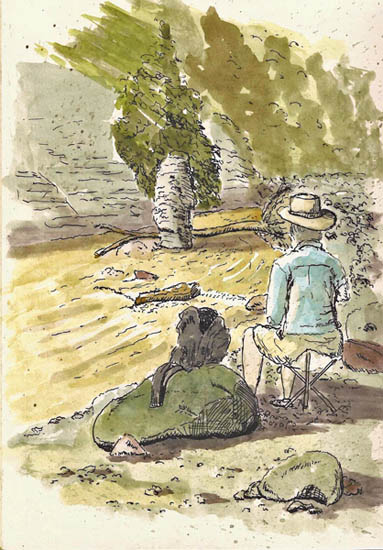 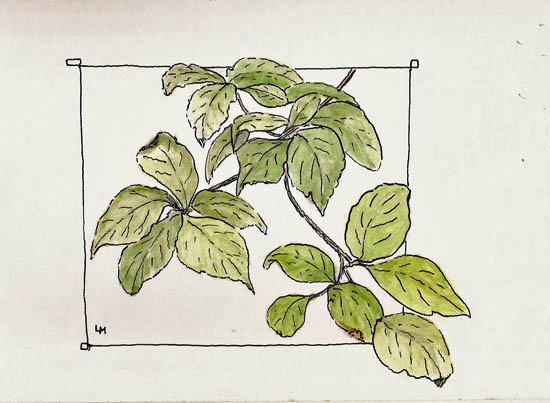 Having lost a couple days to rain, I was running a walking deficit for the week.  I walk a lot and do so as my old man way of keeping my body from taking on the shape of an eggplant.  That translates to walking a couple hours every day.  With two days lost and the worldwide sketchcrawl coming up on Saturday, I’ve been living on the streets, hoofing everywhere and anywhere, trying to put in the miles. 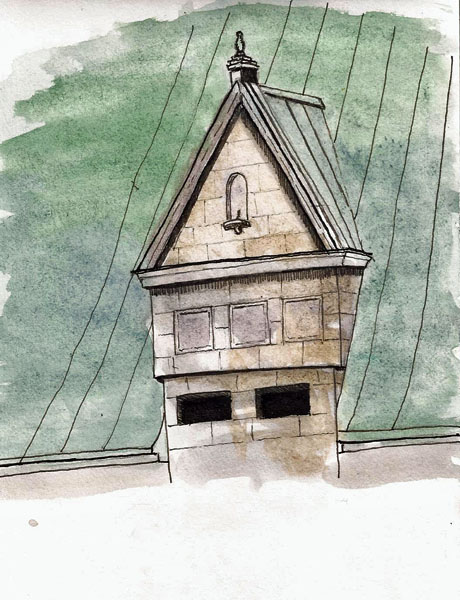 This has gotten in the way of my sketching time.  I just didn’t feel I could stop to sketch if I was going to get caught up.  But I did stop to do this quick sketch.  It’s one of the many gables on our train station.

I can skip a day or two without sketching, but when I do I start to feel like something is missing.  My solution this time was to sit in the backyard and draw some flowers.

I rarely draw flowers but every time I do I think that I should do it more often.  The shapes are endless.

I started this sketch with a rudimentary pencil sketch but most of the shapes were formed directly with watercolors, something I’ve only done once before and, back then, things didn’t go so well.   Once done, I added some ink using a refillable Sharpie pen.  I did this in a Stillman & Birn Delta series sketchbook.  This is my first “ivory” sketchbook.  It was fun and provided me with some much needed sketching/meditation time. 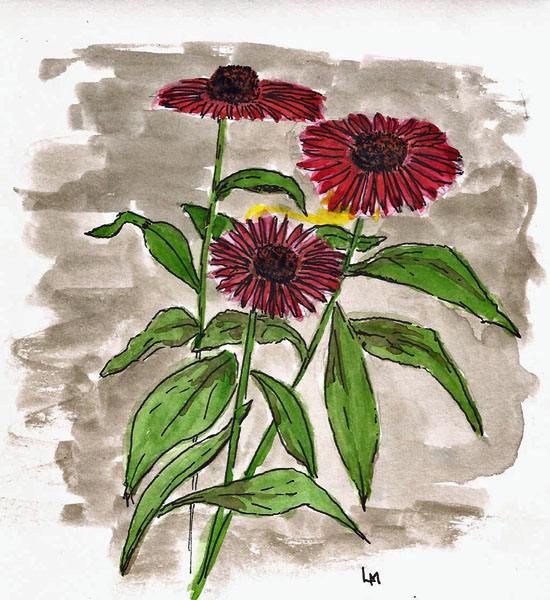 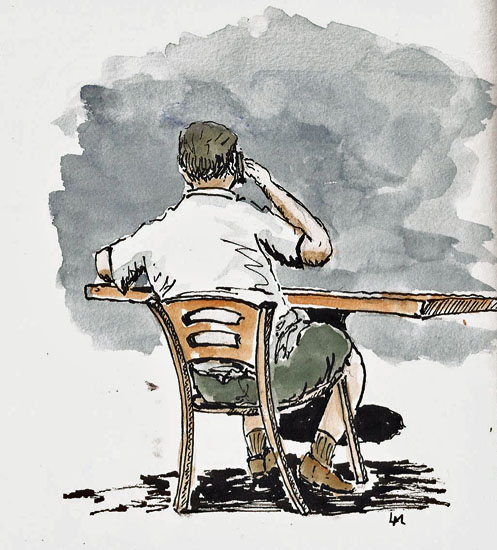 Every Monday morning I meet Yvan at “Les Collections” at the Unversité Laval.  This is a magical place that houses the university entomological collection, stores all of the animal specimens that used to be part of the natural history museum, and a large collection of plaster casts that used to be of interest to the fine arts department but they were somewhat shoved out of the way when it was determined that you didn’t need to draw to get a fine arts degree.

Their loss – our gain.  It’s not outdoor sketching but drawing single-lit plaster casts is certainly a way to improve your drawing ability and goodness knows mine needs improvement.  Truthfully, I’m not sure it improves your drawing ability or your seeing ability the most as it’s wonderful training for the eye.  In any case, it helps and it’s lots of fun.

I drew this on Monday.  Drew it on smooth Bristol board as I enjoy my new experiences with a pencil.  Beyond knowing which end makes the lines, these devices remain a mystery to me.  The drawing isn’t quite as fuzzy as this scan suggests – thank goodness 🙂 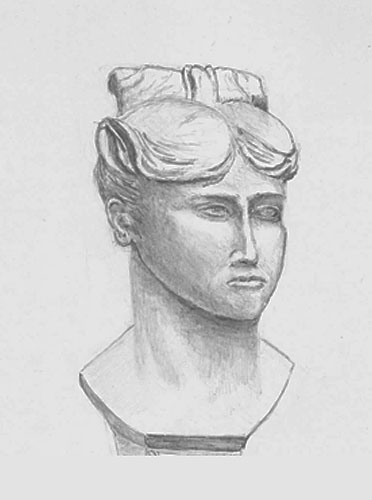 I’m lucky because it’s only a 10-minute walk to the St. Charles River, a beautiful river that runs through Quebec City.  It provides me with a little bit of urban nature and the ability to walk for several kilometers without having to deal with automobiles.

Yesterday was my first attempt to walk it and while I had to crunch along on top of icy snow, there were some places where the path was clear.  The day was nice in any case and I stopped to sketch this cluster of trees on the other side of the river.  It’s sooooooo… nice to be sketching outdoors. 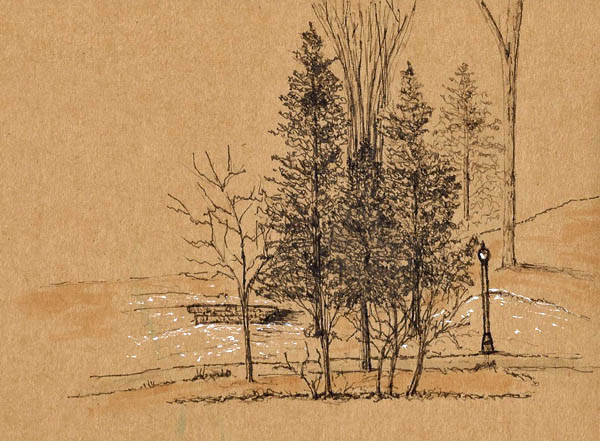