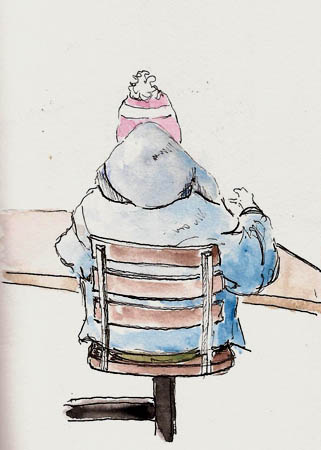 Yvan and I were going to sketch at a musical event in downtown Quebec City on Saturday morning but a blizzard was in progress and it was hard to get around town.  Schools and offices were closed and even the buses were having a hard time.

As I trudged through snow on rue St. Jean I couldn’t help but think about how silly it was for someone, someone I resembled, to be expending this much effort to get somewhere to sketch.  It was ‘free coffee’ week at McDonalds and I met Yvan there.  We got coffee and looked out the window at the storm as we drank it.

Rather than be completely defeated, we both got out our small sketchbooks and did some quick sketches. 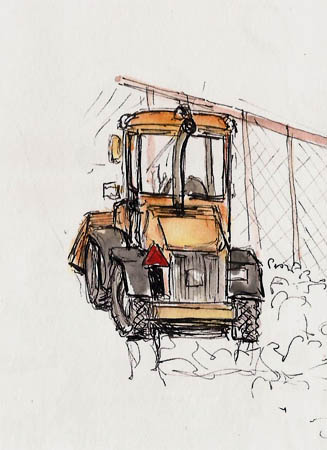 This plow was sitting down the street from McDonalds. The view from our second-story window was a bit odd but it made for a fun quick sketch. Stillman & Birn soft- Alpha (4×6), Platinum 3776, Platinum Carbon ink 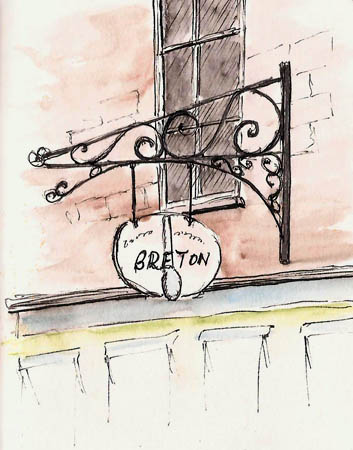 Yvan’s last name is Breton and this sign was hanging about half a block up the street. Stillman & Birn soft- Alpha (4×6), Platinum 3776, Platinum Carbon ink

In many ways the storm and cancelled event could have soured the day.  But we had some great conversations about art, did a bit of sketching and, like most sketching days, it was a good day.  I’ll stop here as otherwise I’d have to start talking about the hours I spent the rest of the day clearing snow.