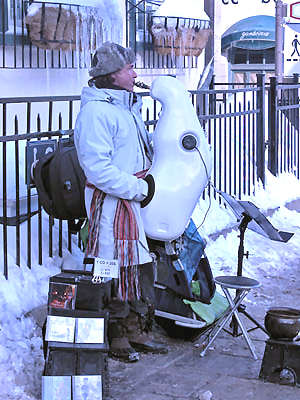 5 Responses to “Buskers Have It Tough During Carnaval Du Quebec”