I’m not, but I am bugged by people who call insects bugs (grin).  I spent a good part of my life studying insects so I’m very comfortable around them and them being around me.  I just don’t see them the way most people do.

That said, it wasn’t always so.  Long before I became a biologist my dad moved our family from Ohio to Arizona.  It was great being away from snow, only having to own one set of clothes and not having to worry about what the weather was going to be like every day.  But when the monsoon season, the time that Arizona gets the majority of its very limited rainfall, something happened that upset this bliss.  Derobrachus hovorei appeared.  These “little” guys feed on the roots of Palo Verde trees as larvae but the adults are beetles (3″ long) and they’re powerful flyers. 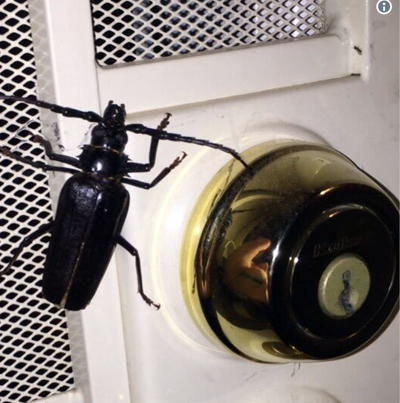 I’ll never forget my fist encounter with them.  I was a just-barely-a-teenager, minding my business, when one of these things flew right into me.  It fell to the ground and immediately started buzzing.  It was the scariest thing I’d ever seen.  Now, a bunch of years later I know that they are harmless nectar feeders with only one thing on their mind – finding a mate, but at the time…

So what does this have to sketching?  Well, Derobrachus hovorei is a Cerambycid beetle, one of around 40,000 species of the Family Cerambycidae that share our planet.  This makes it the largest beetle family and they exhibit a correspondingly large degree of variability, providing an endless set of opportunities as sketching subjects.

See…you knew I’d get there, didn’t you (grin)?  Not only are their sizes and shapes quite varied, many of them look like tiny Christmas tree ornamets because of their bright, often metallic colors.  I just love them, so I drew one just for you. 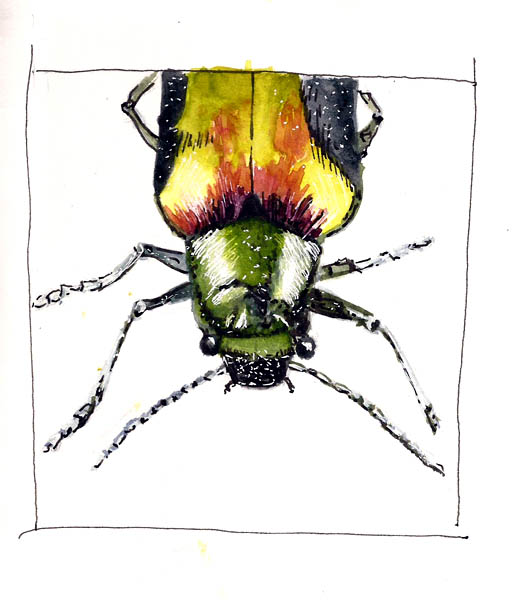 6 Responses to “Are You Bugged By Bugs?”