The symbol of Quebec City is the Chateau Frontenac.  I call it Hogwarts as that’s what it reminds me of, when I don’t see it as a tourist attraction.  There’s a large terrasse that runs along in front of it and Chantal and I were sitting there, taking a break from a long walk we were taking.

We decided to draw.  It would have been impossible to draw the entire Frontenac as we were far too close to even see it in it completely, so Chantal drew one of the towers while I drew this portion of it.  I did it fast enough that some wonkiness (as Liz Steel calls it) was baked into the result and I confess that I like that.  Hope you do too. 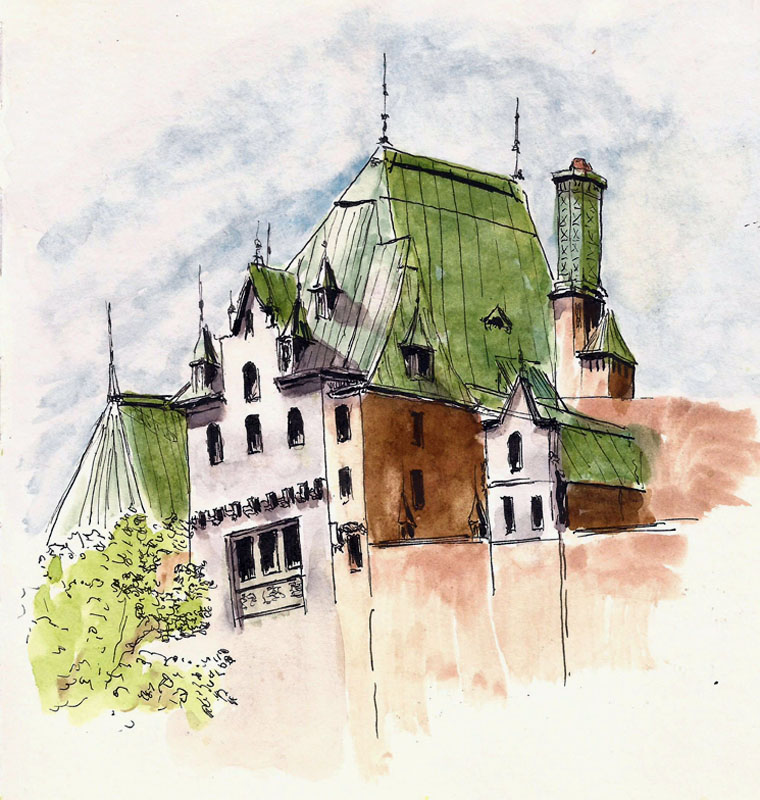 3 Responses to “A Bit Of The Chateau Frontenac”