What bugs me is people using the word “bug” to describe any old insect that crosses their path.  There are bugs in our world so if you’re talking about leaf hoppers or stink bugs as “bugs,” you’re not out of line.  Ants, wasps, beetles and moths, however… not bugs.

Anyway, I went insect drawing the other day.  It was at a small exhibition here in Quebec City.  I joined Yvan and Claudette and most of what we were drawing was a display of pinned/boxed specimens.   My first thoughts upon arriving was that this was less than ideal but as it turned out, there was some sort of ying/yang thing going on that created an event that was more than the sum of its parts. 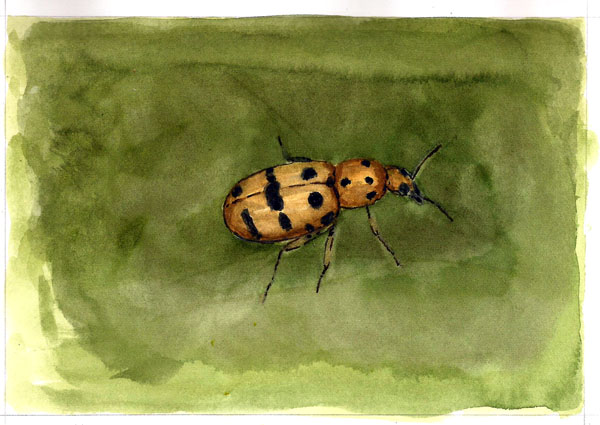 The displays dictated that you draw while looking at the insect from above and pinned specimens are often not oriented in a natural pose.  But insects have such varied morphology that you immediately get sucked into their shapes and colors if you’re a sketcher.  And so it was as we drew these tiny works of functional art. 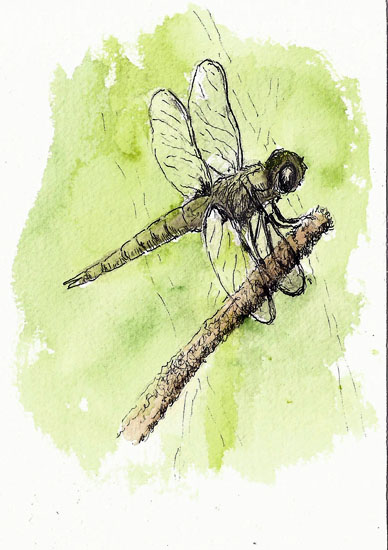 I started by shunning the boxed insects, drawing instead from huge photographs.  That was fun and challenging because I struggle with drawing from photographs for some reason.  I stood the entire time, which wasn’t good for my gimpy leg but maybe it was good exercise.  I try to convince myself of all sorts of things that may or may not be true (grin).

Eventually, though, I decided to try my hand at a more technical drawing of one of the large Cerambycid beetles on display.  This is when I really got enthused by the process.  Just me and my pen, trying to “keep it clean, precise and accurate.”  What a thrill as my mind buried itself in the task.  Everything except that beetle disappeared and I just drew.  I need to go back and do more of this.  I must. 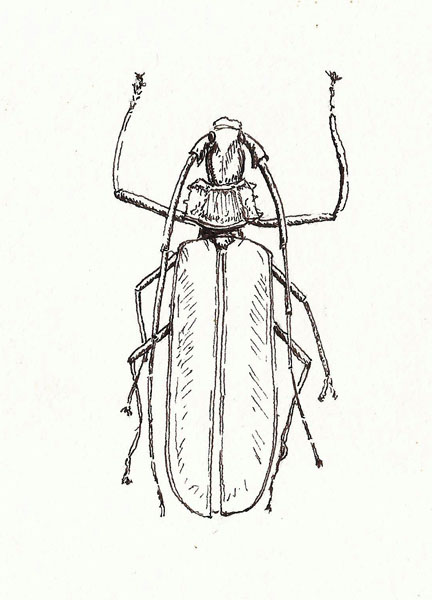 2 Responses to “What Is It That Bugs You?”