Some 500 years before Columbus, the Vikings were wandering around what is now the east coast of Canada.  They came by ship of course and some of their descendents decided to make the trip again.  Thirty-six days crossing the Atlantic resulted in them showing up in the Gulf of St. Lawrence. 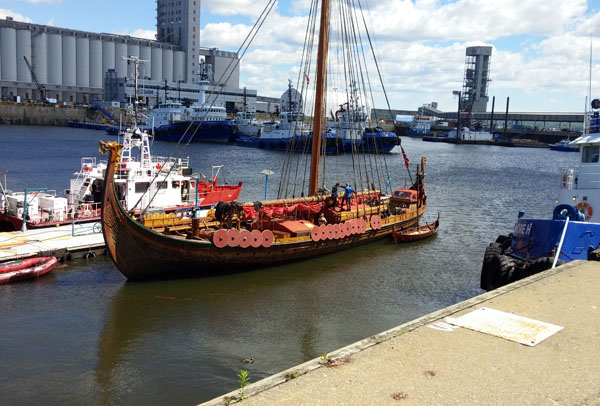 They decided to visit Quebec City and they showed up last Friday.  I thought it might be fun to draw the ship so I headed down to the harbor area.  Unfortunately, a lot of other people decided they should go to the harbor area too, armed with cameras, bicycles, strollers, and there was a guy with a wagon.  There were enough people to make it difficult to stick your cell phone in the air to get a shot of the ship without a dozen heads in the picture.  Sitting down to draw the ship caused one to get a great view of a lot of…well, let’s just say the view of the people was lower than those heads.  The best I could do was to stand, actually having to move around to get a glimpse of the nose of the boat as I did this quick sketch of the dragon figurehead. 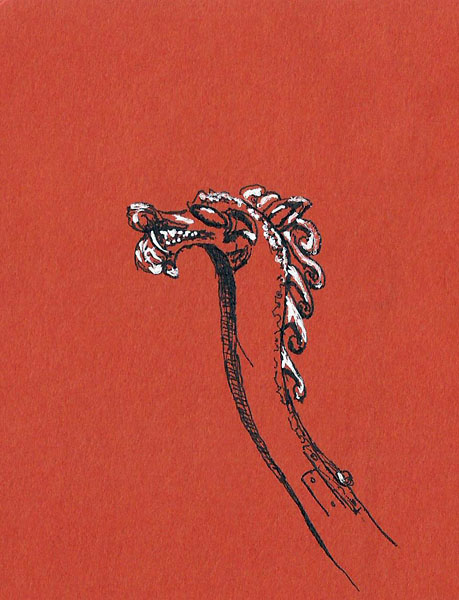 3 Responses to “The Vikings Showed Up In Quebec”