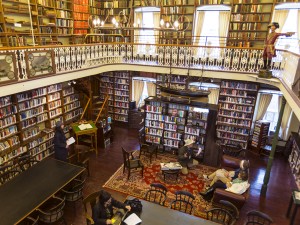 Built over 200 years ago as the city’s first prison, the Morrin Centre now also houses one of the world’s most beautiful libraries, Vieux Quebec, Quebec City, QC, Canada

I’m a bit late in announcing this and for that I apologize.  Holidays have messed with my internal clock.  The next Croquistes de Quebec sketchcrawl will be held at the Morrin Center library.  Yvan went above and beyond to allow us to sketch there.

If you’re not familiar with the Morrin Center it’s the home of the Literary and Historical Society of Québec, an anglophone organization.  The crowning jewel of this organization is its library, which, with large, leather-covered rectory tables, bookshelf-lined balconies and tight winding stairways, is Quebec’s version of the Hogwarts library, without the book that scream at you.

Unlike most of our sketchcrawls, this one will be in the afternoon only, from 1PM to 4PM.  You can get details of the event from the Croquistes’ website.  I’ve never gotten to sketch there so I’m looking forward to it.  See you there.

When I talk about “our museum” I’m generally referring to the Musée de la Civilisation in Quebec City.  But we do have other, much smaller museums, one of them being the Musée de l’Amérique francophone. This small museum exhibits are mostly disappointing as while they have considerable display space, it is very poorly utilized and the exhibits are…well boring. 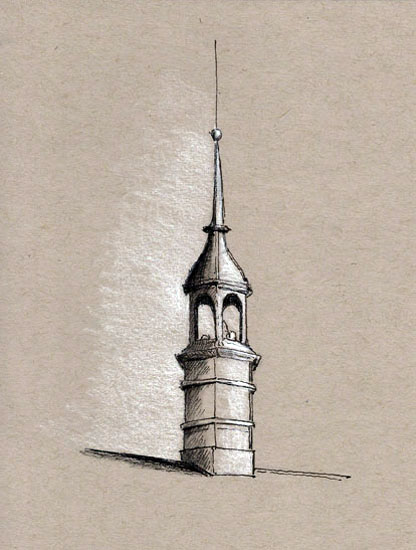 But, with winter upon us, Yvan and I decided we should visit and see if we could find something to sketch.  We did, though not in the museum.  Between the museum entrance and the exhibits is a chapel that you walk through to get to the elevator that takes you to the exhibits.  There, you can sit in the warmth of the place, look out the window and sketch.  That’s what I did to sketch this quick drawing of the tower over one of the old seminary buildings (not the Université Laval Dept of Architecture).

What really drew our interest, however, were all the small decorative carvings that ring the main chapel area.  These are handcarved floral designs, with lots of symmetry, curves, and details.  To Yvan, this means fun challenge.  To me it means scary, but a good kind of scary.

We decided that we would draw a bunch of these as it would form good practice.  I admit that I struggled with this first one but I also enjoyed the mental challenge of depicting a piece that is largely symmetrical but that also has a sprinkling of asymmetry due to the vagaries of its handcarved nature.  Can’t wait to go back to do more.  I’m hoping I”ll improve my use of watercolor shading on subsequent sketches. 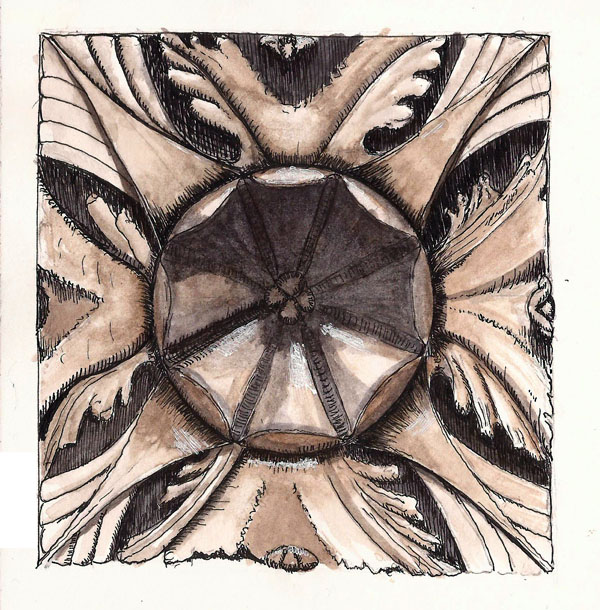 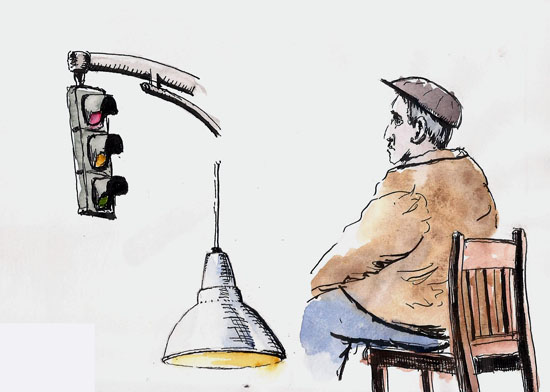 I had an exciting experience today.  It’s Christmas, December 25th, and I’m in Quebec City.  Our average December high temperatures are 15-16F.   But I got a spiffy new pair of gloves for Christmas and I decided to give them a test drive.  There is no snow on the ground here, which is almost a miracle. but what definitely is a miracle is that it’s over 40F here today, or 25-degrees above normal.  It was warmer yesterday 🙂

And so, though my purpose was to take a walk, I couldn’t resist the thrill of doing a street sketch on Christmas day.  I sat on a bench at the edge of a park and drew this little sketch of a gate across the street.  The sketch is trivial and yet incredibly significant to me at the same time.  Outdoor sketching on Christmas; who’da thunk it? 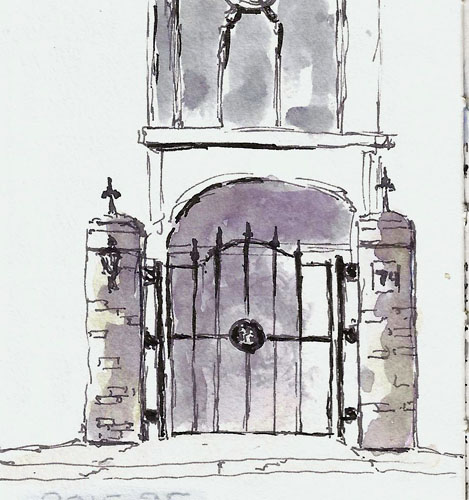 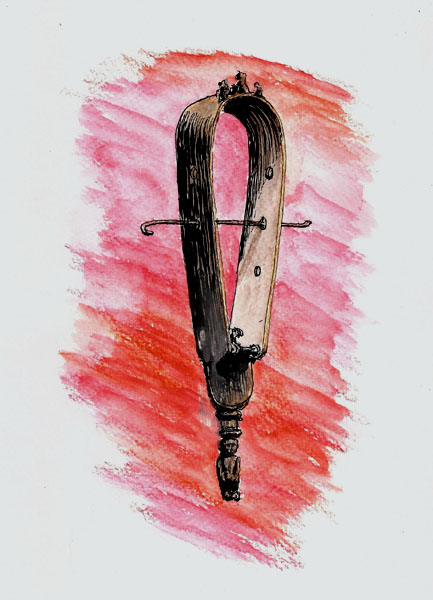 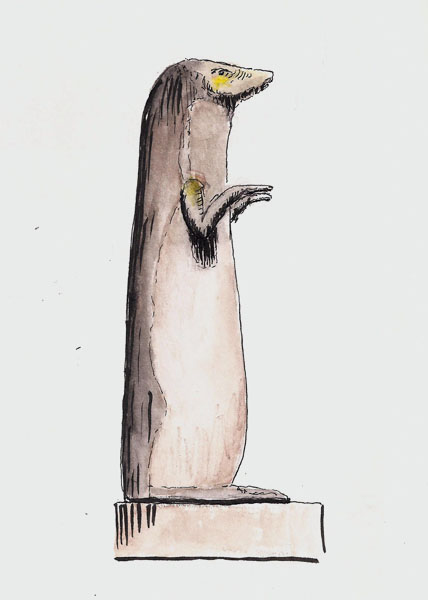