I love trains and I was lucky to be a kid when trains were a very important part of our landscape.  I’m also lucky enough to have lived long enough that we’re now wishing we had those trains we discarded because our ‘modern’ mechanisms for moving people and goods are becoming economically and environmentally untenable.

I also love my daughter, but she rudely grew taller and taller until, one day, she ran away to college.  But it’s the holidays and she was coming home – on a train.  Trains, daughter and me, all in the same place.  What more could an old man want? 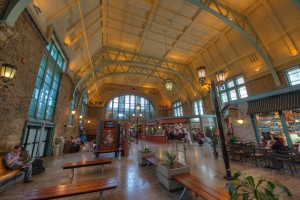 I arrived at the train station about 15 minutes before the train was to arrive and found that her train was going to be about 10 minutes late.  Figuring I’d have about 20 minutes before I had to move to the arrival gate, I sat down in the main hall to draw.

I love our train station.  It’s something of a shell of its original footprint, with only a few trains and far fewer passengers moving through it’s cavernous insides.  Fewer passengers means more room available and in recent years they’ve built a couple smallish restaurants along one wall of the main hall.

I drew one of them (resto can be seen in the interior photo above) in a Stillman & Birn Beta (6×8) with De Atramentis Docu Black.   Not having a lot of time, the sketch is a bit on the wonky side but it was fun and I finished up in time to watch the train arrive.  Did I mention that I like trains?  Oh…and my daughter too. 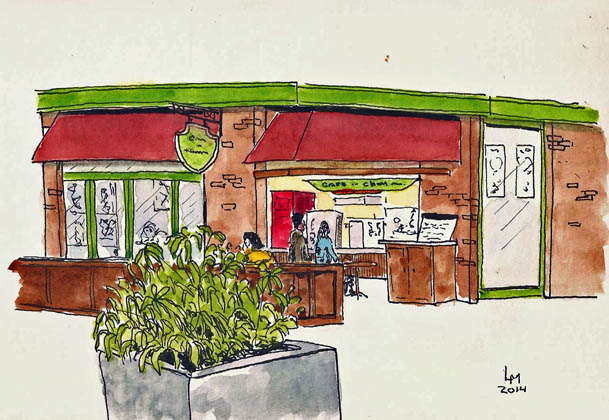