Winter is tough on people who like to sketch on location.  We can go to museums, sketch people in coffee shops, and maybe even visit a mall, but there are days when the weather is so bad that we can’t even do that.  What to do, what to do.

Those of you who follow Tina Koyama might have an answer.  You draw fruits and vegetables and since Seattle agreed to take some of the snow headed to Quebec, that’s what she’s been doing.  Recently she ventured beyond bananas, apples and garlic and drew a potato.

I’ve drawn apples, bananas, garlic, pumpkins, peppers, etc. (we get lots of snow), but I’ve never drawn a potato.  Following in Tina’s footsteps, today I drew a potato, or rather two potatoes since that was the road less traveled. 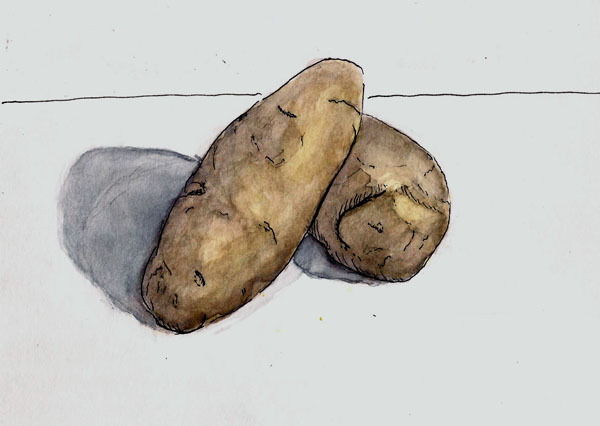 In Quebec City we have to use our imagination to identify places where we can sketch on location.  I don’t have any of that imagination stuff but I have friends who do and they came up with the idea of sketching in garden centers.  We’ve done it a number of times and it’s lots of fun.

Sadly, even as we entered May it was still too cold to sketch outdoors so we headed to the garden center.  I didn’t create any masterpieces this day (never do) but I sure had fun.  It was the first time I’d sat on my tripod stool in a long time.  That was something of a challenge as my knee becomes very unstable when I try to get my butt low enough to find the seat.  Getting up is a similar challenge.  I’ll have to do something about that.  I did get to try a taller stool (20″ WalkStool) and I may buy one as that made this simple task much easier. 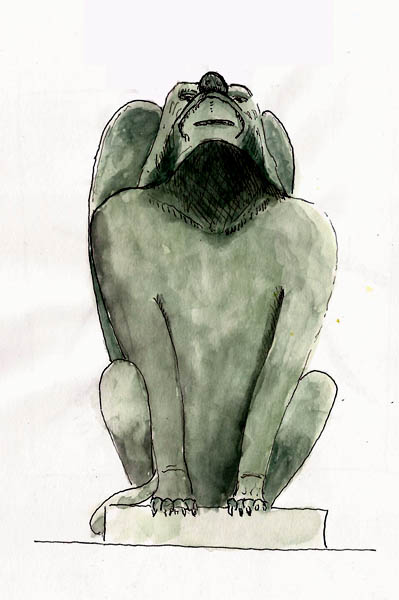 Anyways, I started with a simple, and quick sketch of a garden gargoyle.  He (she?) was about a foot tall and without much detail but very proud.

I spent a lot of time wandering around the garden center, looking at the plants, the bright flashes of color and I even spent time looking at garden tools, bird feeders, etc.  The koi pond required that I watch the fish going round and round too.  Eventually, though, I got back to drawing and I immersed myself in a cloud of leaves that most would call a bonsai.  If I were a real artist I would have gotten out a brush and just indicated all those leaves but I’m in love with fountain pens and the lines they make so there I was, drawing leaves… lots of leaves.  I love the feeling of coming out of the meditative stupor induced by this sort of drawing.  It makes me want to do it again. 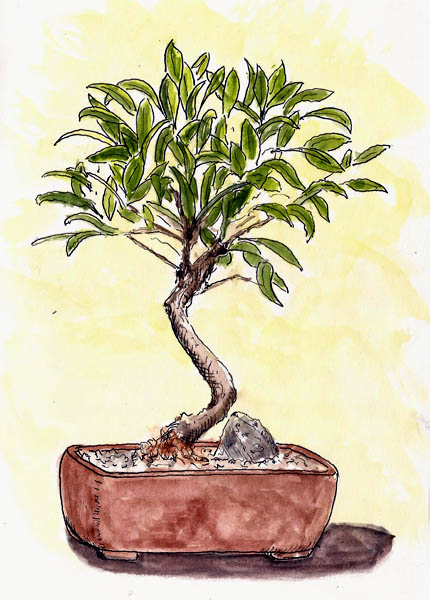 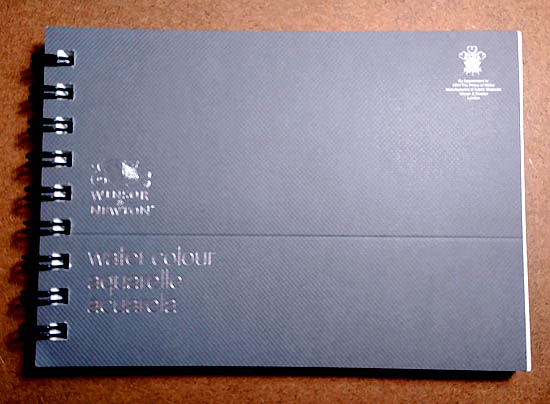 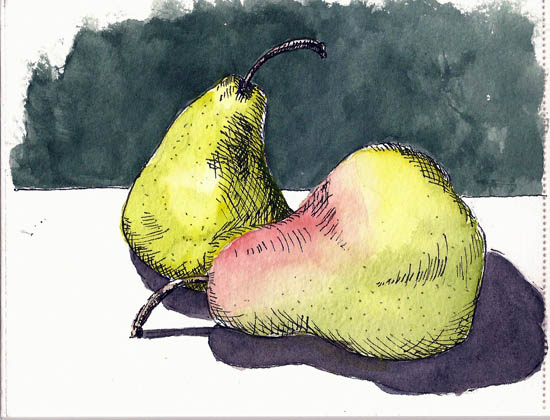 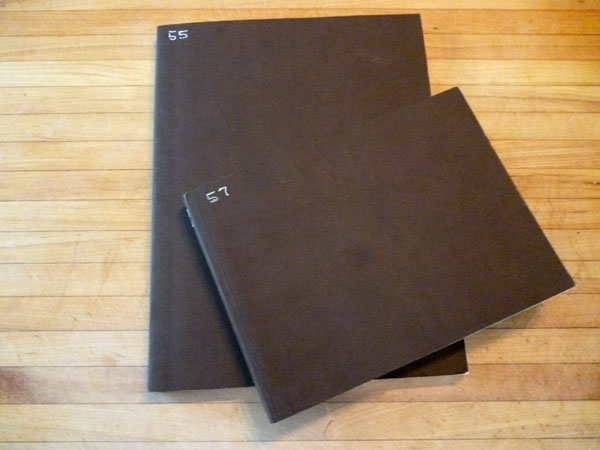 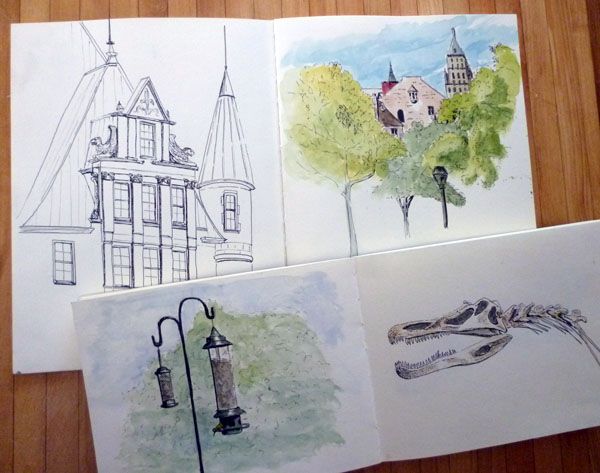 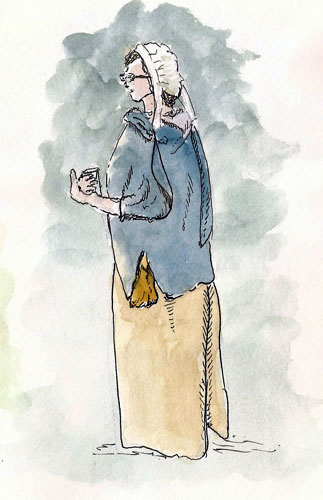 Yvan and I went to Galleria Margelis-Paradis in Trait Carre because the Charlesbourg Watercolorists were having an event to promote the gallery, their group, and their upcoming participation in Quebec’s annual Fete de Nouvelle France celebration. 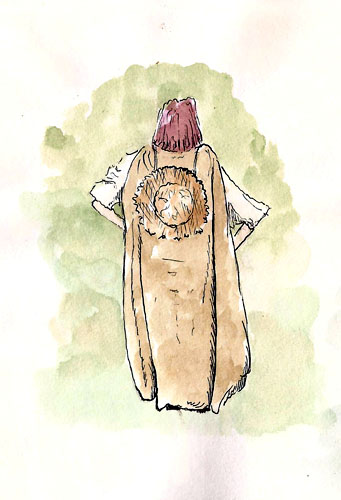 I’m not much of a people sketcher, particularly when the targets are moving, which was the case as the watercolorists were talking with visitors, showing them period items and paintings.  But, practice makes perfect and I’m sure I only need to draw a couple thousand more before I figure it out.  Anyways, here’s a few of the sketches I did that day.  All were done in a Stillman & Birn Alpha softcover sketchbook with my Platinum 3776 pointy device. 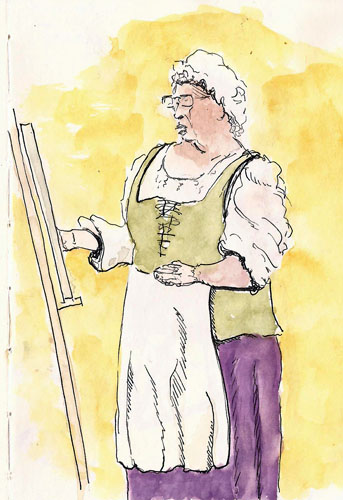 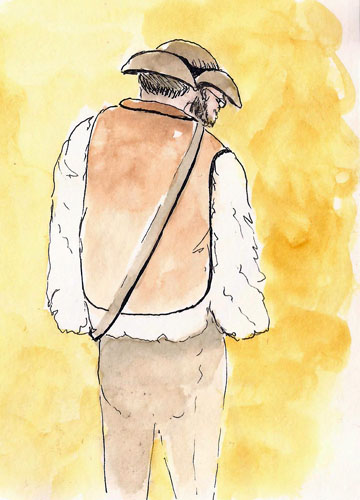