It’s officially spring in the northern hemisphere.  I wonder.  In Quebec City, it snowed last night and it’s currently -17C with the wind chill dragging it down to -27C.  Is that REALLY spring?  I don’t think so.  I’m staying inside today and thought I’d begin the day with a blog post.

I’ve been on a quest ever since I took Marc Taro Holme’s online course, People in Motion.  During that course he introduced the use of a “scribbler” – a small notebook in which you are supposed to draw constantly.  The idea of a small notebook for all the time drawing was not new to me.  Yvan Breton got me doing that a couple years ago.  I’ve been using notebooks that I bought at the dollar store.

What sent me on my quest was Marc’s use of a Moleskine “Cahier” as his scribbler.  These are very thin, staple-bound notepads, much thinner and lighter than my notebooks.  Of course I had to try it.

And I didn’t like it.  There were a number of reasons.  Like my notebooks, there are problems of ghosting and bleed-through but, while it can be annoying, for the purposes of capturing scenes and people quickly, it’s a mnor problem.  They don’t take color well either.  But the real reason I didn’t like them was that they are floppy.  I need all the help I can get when I put pen to paper and a hardcover backing is important in that respect.

But I couldn’t get the idea out of my head.  I reported on Baron Fig notepads as I investigated this further and I’ve filled one of them.  As a post-review follow up, I found the covers to be a bit fragile for someone shoving these books into his coat pocket.  Paper is nicer than the Moleskine, however. 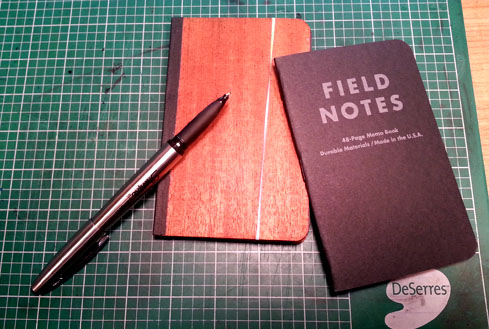 Lately I’ve been drawing in a Field Notes notepad.  These have the virtue of being beautiful.  They release new colors and styles all the time, but the base idea is a 3×5 book with decent writing paper… as long as you don’t use fountain pens. 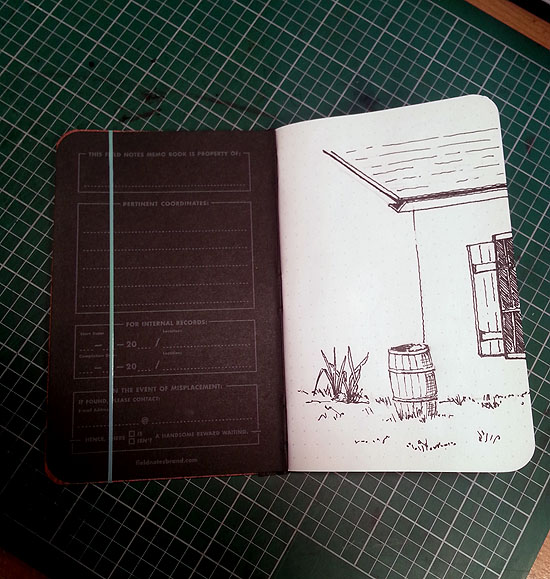 This sketch was done with a Platinum Carbon fountain pen without much bleed-through so very fine fountain pens work.

This last part is a glitch for a fountain pen guy like myself but for this purpose I don’t even mind switching to a nylon or ball-point pen.  In many ways this is preferable as I can just shove a single pen into my coat pocket along with the notepad and don’t have to dedicate a fountain pen to the process.  I’ve been using a Sharpie, refillable pen (not the markers).  But that floppy problem…what to do. 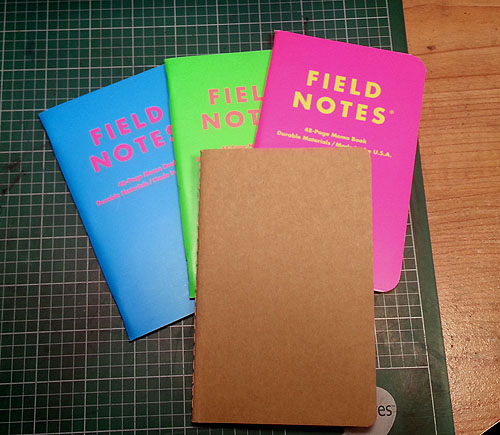 Three Field Notes notebooks and a Moleskine Cahier. Either works well if you avoid fountain pens.

It required considerable communication between my three neurons but once a plan was formulated it took only a few minutes to create it.  My binder is nothing more than two sheets of 1/16″ mahogany (any thick cardboard would suffice) cut to the size of a Field Notes notebook.  I then laid them, butted against one another, and taped them together with gaffer’s tape.

I closed the binder around a notepad and while holding it firmly together, I put gaffer’s tape on the outside of the hinge area.  Now, when it opens, it forms a stiff platform that’s 6×5.  Works like a champ.  I hold the book in place with very thin hair elastics that I picked up at the dollar store.  Rubber bands work but they generate a bump under the paper.

These books will lay flat, so drawing across the fold is feasible.  I’ve just started using this so only time will tell whether it’s viable but it seems workable to me.  If so, it’s a cheap, very lightweight way to have a sketchbook with you at all times.  If you wanted better paper, of course, you could always make your own for a binder like this one.  I may do it myself as I investigate this further. 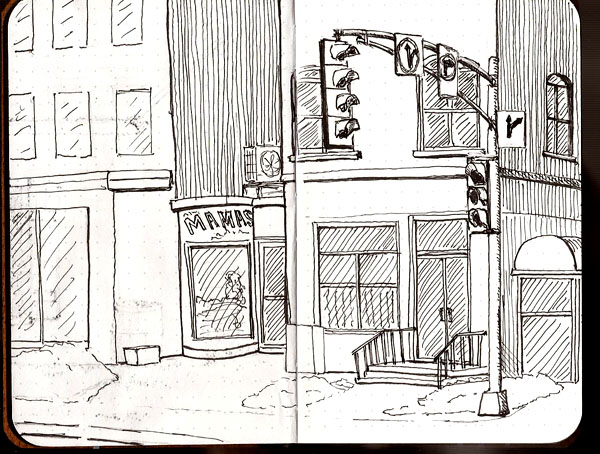 I did this sketch while looking out the window of a coffee shop. Will it ever warm up? 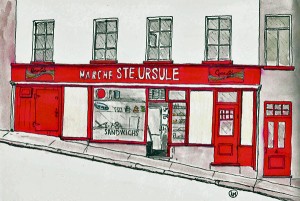 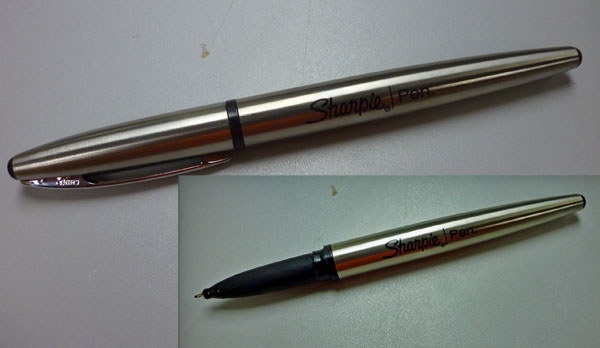 As things warm up I naturally migrate to the harbor area.  It’s cooler there, which at this time of year isn’t a good thing but it’s a gorgeous view from the boardwalk that runs in front of the Chateau Frontenac, the historic hotel that is the symbol of Quebec City.

I found myself there after a sketching session and decided to sit and take a break, enjoying the sun and ambiance.  This guy was sitting a couple benches down from me, reading a magazine.  I did this quick sketch of him using a Sharpie Fine Pen in my Stillman & Birn Alpha (9×6). 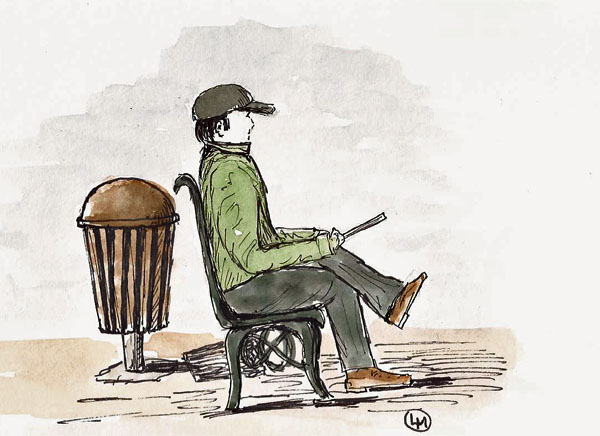 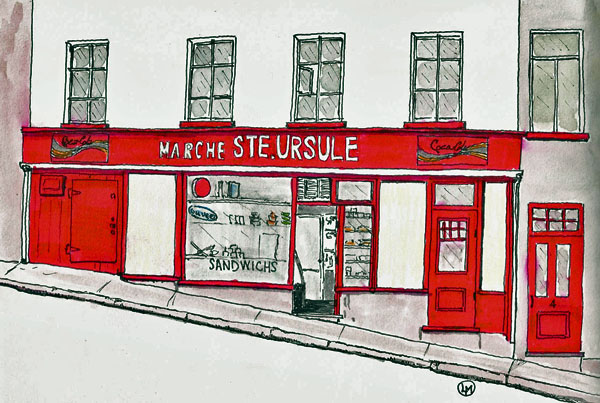