I live on a part of the Earth where you can go into forests and find wild ferns hanging out as part of the forest understory.  So much so, in fact, that fern leaves, before they’ve unrolled, are collected and sold as Fiddlehead greens in our grocery stores during late spring.  This is novel to a guy who grew up in Arizona.

Of course you can also find them kept in captivity, kept by those with greener thumbs than mine.  There were a bunch of them in the same place as the Chinese statues I talked about in my last blog post and I drew one of them as they live in really nice clay pots.  I should have posted the sketch with the statue sketch but I forgot all about it.  I post it here to make up for that omission. 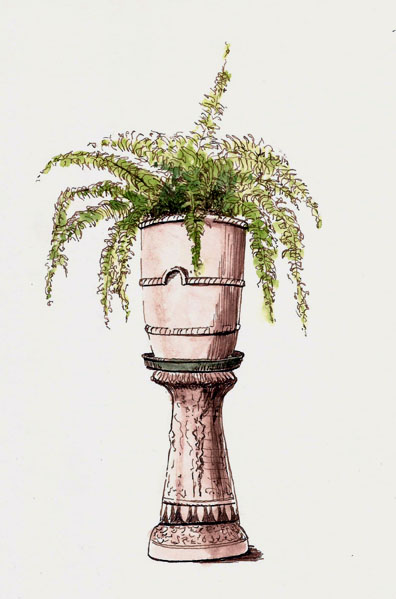 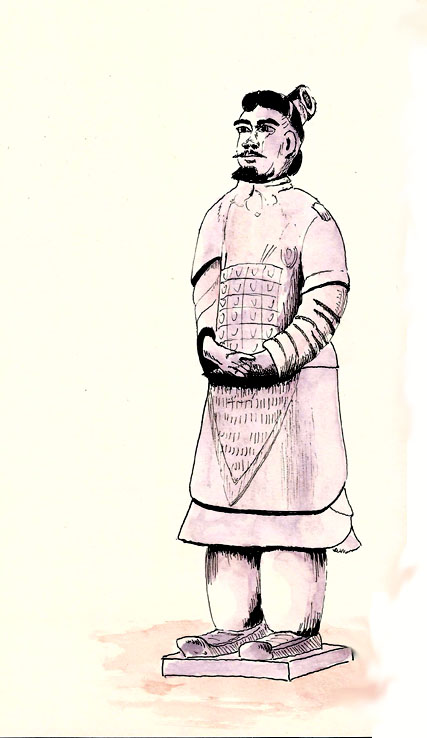 Well, the last time I was on the Plains of Abraham (in Jardin Jeanne d’Arc) I froze because I dressed for summer and Mother Nature was still thinking early spring.  So, I returned on Friday, in long pants and wearing a jacket.  And I’m glad I did because it was very pleasant to sit in a grassy area and draw this scene. 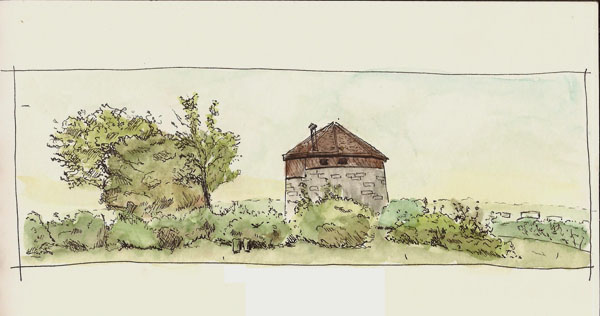 The structure is an interesting one.  It is a military observation/gun emplacement built by the British to defend against a potential attack from the United States.  What’s interesting about it is that you’re looking at the “thin” side of the building.  The walls on this side are typical stone while on the side facing south the walls are very thick to withstand cannon fire, and maybe even a Trump speech (grin).

I was out walking and took the opportunity to sketch a bit of Quebec City’s port area.  This is small portion of it, which is the place where Riviere St. Charles empties into the St. Lawrence River.  It’s an ever-changing scene as large ships dock on each side of it for loading and unloading.  It’s good to be out in the sunshine again. 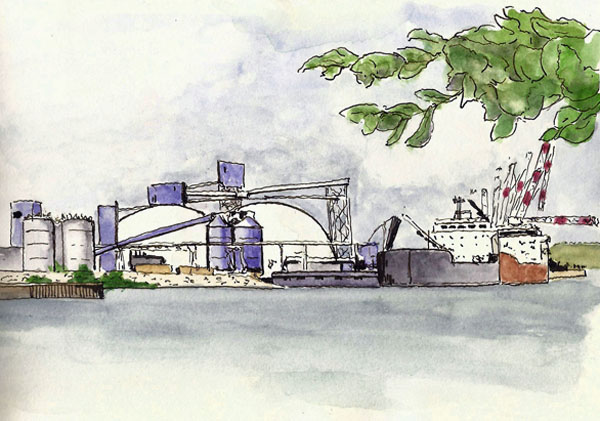 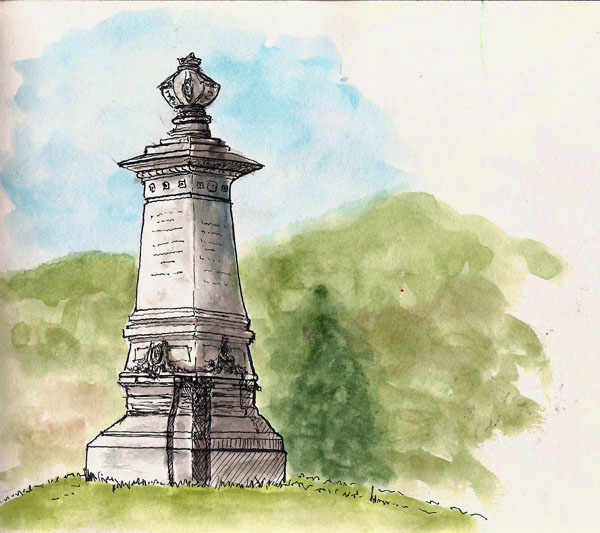 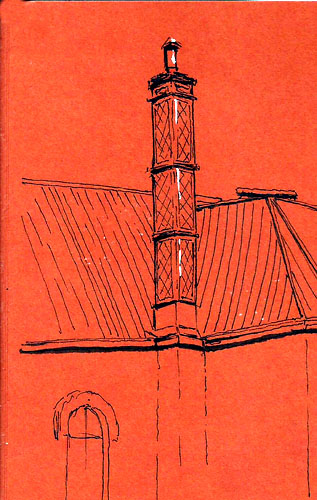