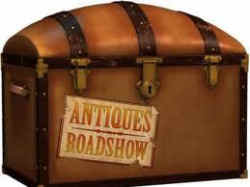 I was watching the Antiques Road Show last week.  I love that show as there are so many stories presented in association with the antiques being discussed.  This night there was a guy who had some beautiful, old ledger books.  He’d fished them out of a dumpster simply because they were leather-bound, very large, and very cool.   Their exteriors suggested they belonged in a medieval monastery. These ledgers were from a company that manufactured buggy parts and dated to the early 1900s.  The books were, what’s the word?  KEWL!

But as nice as they looked on the outside, it was the inside that held the true gems.  Inside were hand-written entries of sales and delivery numbers for the various parts produced by the company.  The hand-writing was crisp and clear.  John Hancock would have been proud.  Sadly, we’ve lost hand-writing as a well-practiced art form. 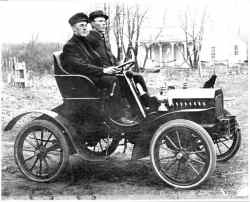 What was interesting about the entries is that as you flipped through the books you saw that the company had transitioned from making buggy-parts to making car parts.  As I watched this I wondered how much grumbling went on within that company over the introduction of cars and the demise of an industry in which they were so heavily invested.  I envisioned dart boards with Henry Ford’s face.  The bottom line, however, was that not only had the company transitioned from one set of products to another, this company was still in business, throwing out their old ledger books of a century ago.  The major book publishers should have been watching Antiques Road Show.

The book industry is in the middle of same sort of shift that the transportation industry experienced when cars replaced the horse and buggy.  It’s moving from a high-cost print-based product to a lower-cost eBook product.  On its face this should be easy for publishing companies as only the container for their product (i.e. – words) has changed.  In the process they can quickly eliminate many of their printing, distribution and returns costs from the red side of their ledgers.

The problem, however, is that the companies who should be leading this industry change, the big publishing companies, aren’t.  In fact, they’re more concerned with protecting their shrinking legacy industry than participating in the newer eBook industry in spite of now reporting that 20-25% of their revenues are coming from eBooks while also reporting large declines in paperback and hardcover sales.

It should be Random House and Macmillan competing to see who has the best eReader, not Barnes & Noble and Amazon.  But the large publishers are not only not in the eReader business yet, they are pricing their eBooks in ways that limit sales of their books to consumers who do own eReaders, iPads, iPhones, etc.

Harper-Collins should be inventing innovative ways for libraries to use and distribute eBooks.  Instead they have produced a limited lifespan model that is completely unworkable given the modern ways in which libraries interchange books with one another to serve the public.

And so the Internet debate lines have been drawn and we are constantly bombarded by indie vs traditional model blog posts.  eBook advocates call traditional publishers names, some becoming justified by the very actions traditional publishers, agents, etc. are taking in attempts to retain their jobs and their way of doing business.  Those on the traditional side of the debate are firing back, largely embarrassing themselves as they twist reality into a pretzel as they voice their denial that anything has changed.   Much of this denial, I believe, comes from the fact that the large publishers have never viewed readers as their customers and they’re having a hard time coming to grips with that.  They’ve always viewed bookstores as their customers.

And while this is happening the buggy-makers haven’t figured out that they need to start making car parts.