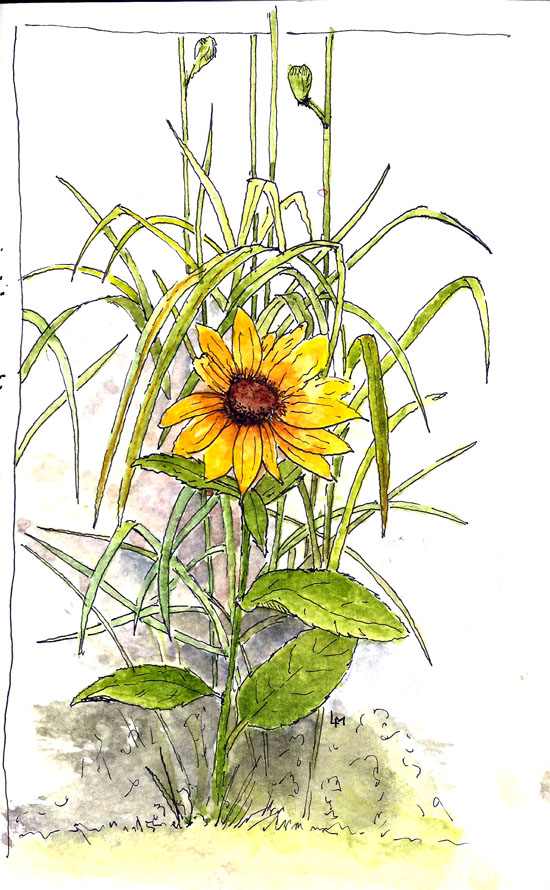 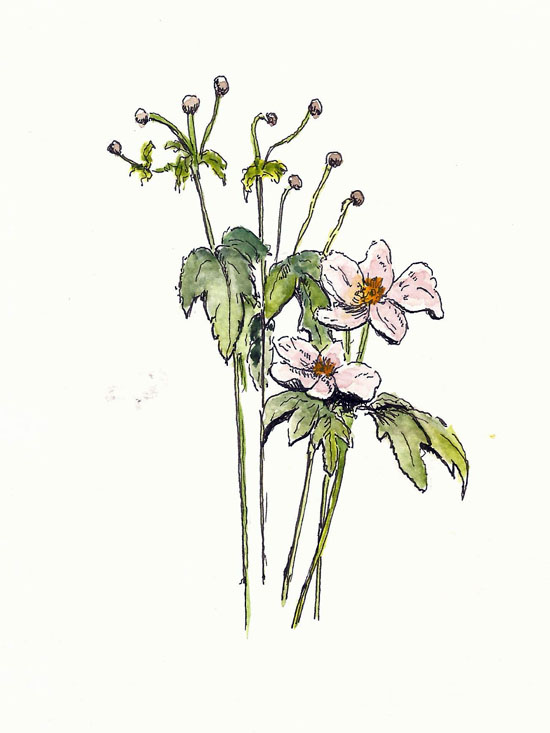 I attended another event organized by Denise Bujold’s Artistes dans les parcs.  This one was held at a large garden on the other side of the city from where I live and I’ve drawn there a lot.  On this day it was supposed to be sunny and hot.  The sun never showed up and it didn’t get very hot.  We lacked shadows, but the temps were just right for sketching.

I’m not sure I fit into this group very well, though everyone is very nice.  But the members set up easels, tables, and paints.  I sit down on a tripod stool with my sketchbook.  A bigger problem, for me, is that my French is not good at all so carrying on a conversation is mostly out of the question.  Nevertheless, it’s nice to be out with a bunch of people doing art.

I chose to draw a really tiny waterfall that connects two small ponds near the entrance to the garden.  I started by covering the paper with some blotches of color to match the subject and then wandered around the garden while that dried.  I really like the idea of doing paint first but I’m not sure I’ve got the patience to deal with the drying time.  Eventually it did dry and I started drawing with DeAtramentis Document ink.  More watercolor was added to finish the drawing.  It’s a fun way to work, except for the drying time, so I’ll probably do it again. 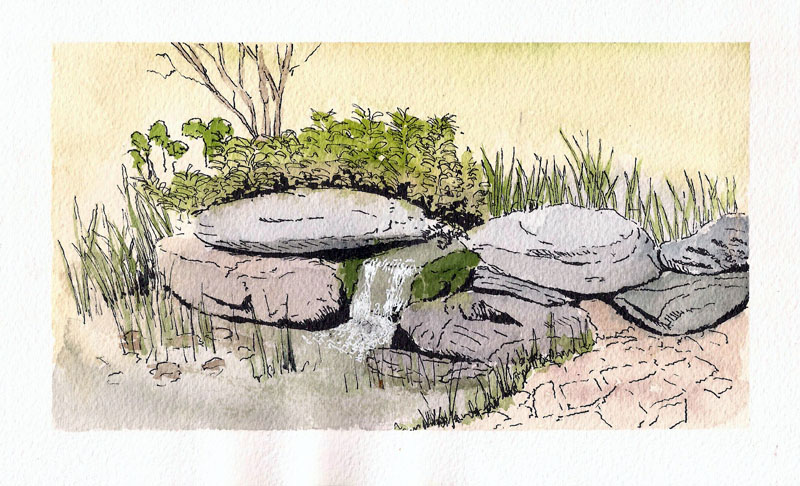 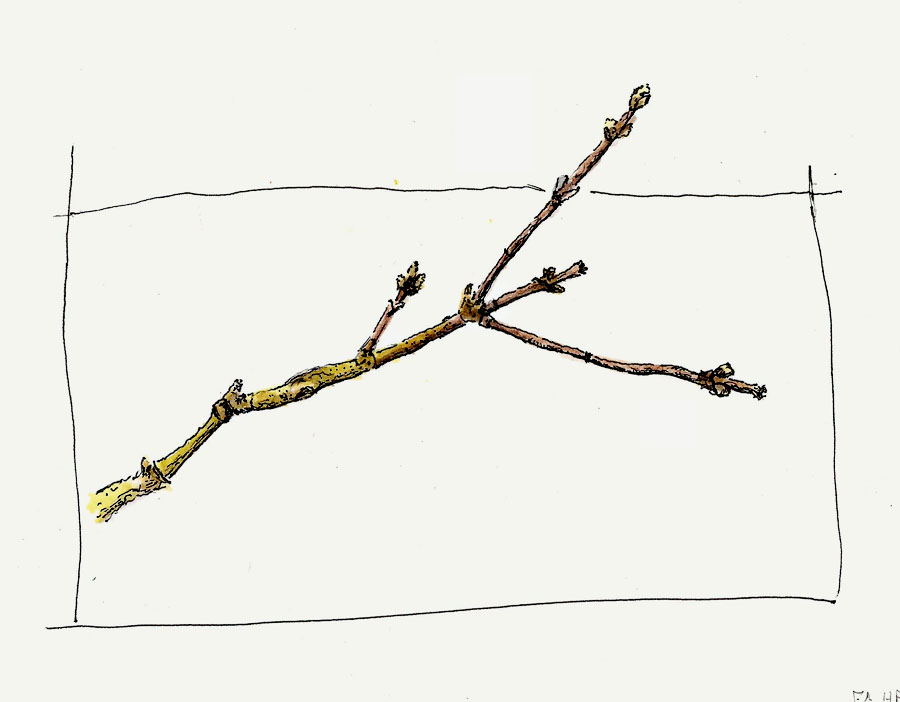 My wife has been way too nice to me as I’ve hobbled through life for the past few weeks.  I feel guilty about the burden I’ve placed upon her, but I’m grateful that she’s been there for me.  She’s very special.

A couple days ago she came home with a wad of nature in her hand.  She put it on the table and said, “I thought you might like to draw this.”  She is a sly one.  She knows I’ve been fighting motivation and energy levels but she also knows that when she gives me something I feel a compulsion to draw it.  She also knew that it would only remain draw-worthy for a couple days.

And so, I drew it.  I decided to skip pen hatching, one of my favorite things, and rely upon watercolor for shading and once again I demonstrated how little understanding of watercolor.  I should stick with pen (grin). 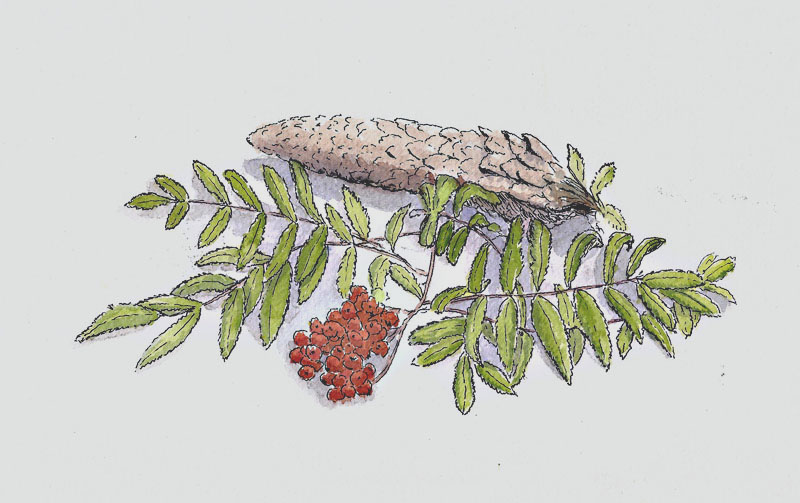