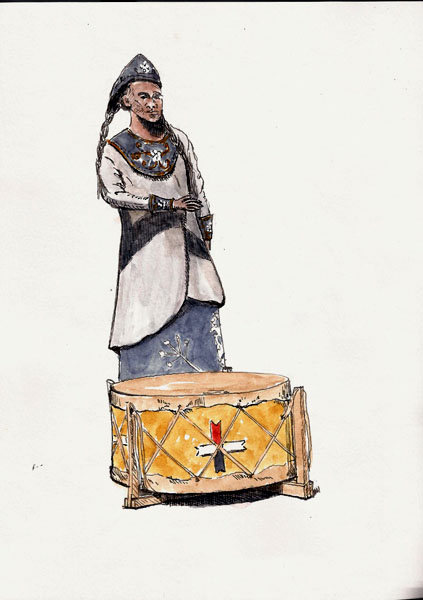 Currently there is an exhibit that is a set of rooms, each unique in its own way.  They form something of a ‘find _fill_in_the_blank’ treasure hunt for kids who are visiting the museum.

For the most part they are not worthy of a sketcher’s attention, with one exception.  One room is supposed to be an attic area, an accumulation of junk.  This ‘junk’ is so well spectacular, though, that it’s unconvincing as such.  What it is, however, is a small room with a whole lot of stuff packed into it and much of it is worth drawing.  The space is crowded however, and some things are more sketchable than others simply because you can find a place from which to sketch them.

I was there last Tuesday and sketched this little insect/curio cabinet and some stuff that was sitting on top of it.  I hope you like it. 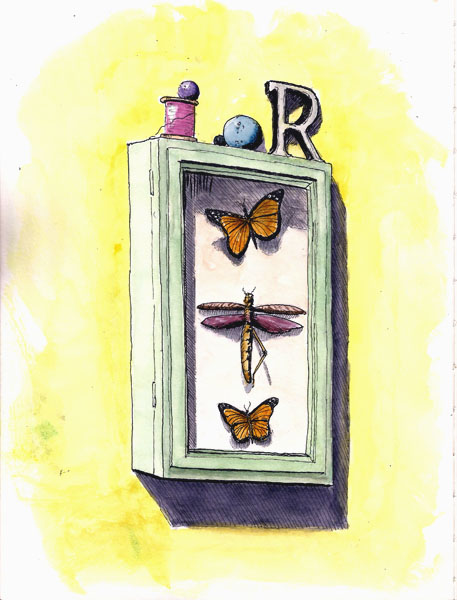 With my daughter coming home for Christmas, and Chantal getting a few days off, I won’t be doing any location sketching for a while.  But I did go with the gang to the museum for a pre-holiday sketching session.  They wanted to sketch some of the folk art nativity scene that is now in place there.  If nothing else, it demonstrates imagination on the part of its creator.  Have you ever seen a flying cow-fish?

I decided to sketch a wooden carving of a fusilier in another part of the museum.  It is fairly large, almost telephone pole diameter and quite black, as though it had been creosote treated.  In spite of this, it suffers from severe cracking in places.  Nevertheless, it’s an impressive carving, far more impressive than my sketch of it I’m afraid.  I got caught between wanting to include detail and the fact that the entire left side was in deep shadow, almost black.  Like every sketch, though, it was fun to do which is why I do them. 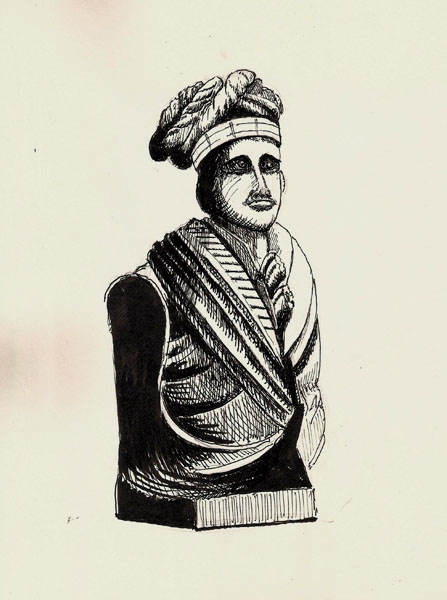 When I finished I headed up to the nativity scene and found everyone busy drawing.  They were talking about getting coffee, though, so I just sat down and waited for them.  The thing is, I can’t sit for very long without getting out a sketchbook and I did this quick sketch of Lisette, busy sketching some wooden guy (I think, but I was too far away to know for sure) in a large glass case. 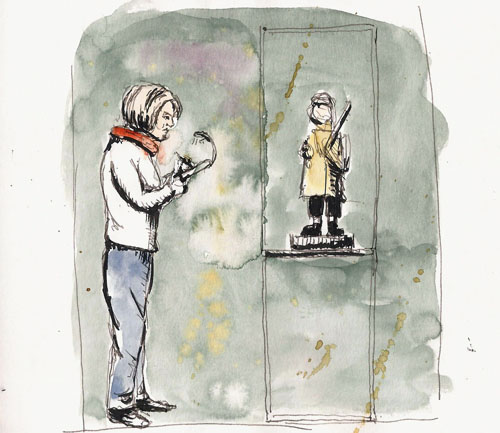 I’ll probably put together some sort of post during the holidays but I’m not sure what.  I willl be spending lots of time eating and sketching, though, so there will probably be something to post.  In the meantime, and since it’s December 23rd, 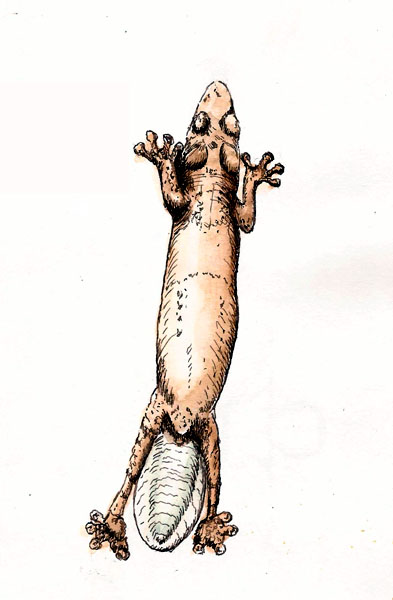 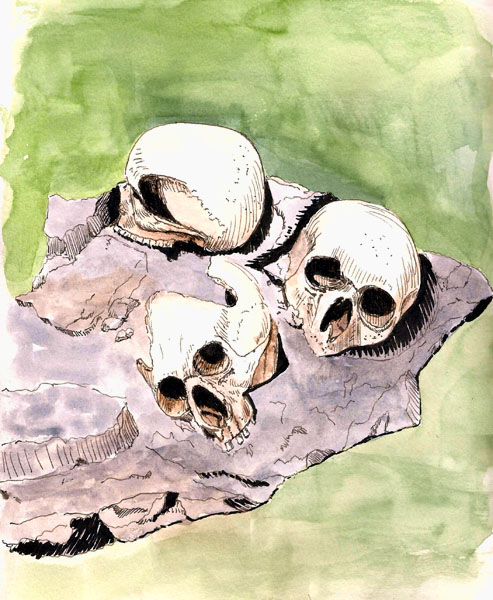