It’s rare that I’ll re-post something I see on someone else’s blog but this video is too good not to pass it foreward.  Lapin, an illustrator with a great blog, recently posted this video of their sketchcrawl through the Caramulo Car Museum that gave the sketchers extraordinary access.  The video was professionally done by Patricia Pedrosa and any sketcher will appreciate it.

Be sure to read all of the subtitles as there are some great insights there.  I’ve watched it three times 🙂

The last few days have been stormy here.  High winds, snow, and general ugliness.  No big deal except that I haven’t been able to follow my normal walking regime.  With mild desperation to right that wrong, I trudged off today, or rather I was slipping and sliding down the sidewalks.  I was jumping mounds of snow, walking on water…well, really just in it.  After an hour of this joyous adventure I found myself at the Musee de la Civilisations, my winter haunt.

I sketched only one Samurai helmet today, though.  This one was a bit more challenging, with all its fire ornamentation and besides, I had another hour of slipping and sliding to get home.  It was fun anyways and while I’m beat from the walk, it was a very satisfying day.  I think, though, that I’m going to sit and sketch for a while. 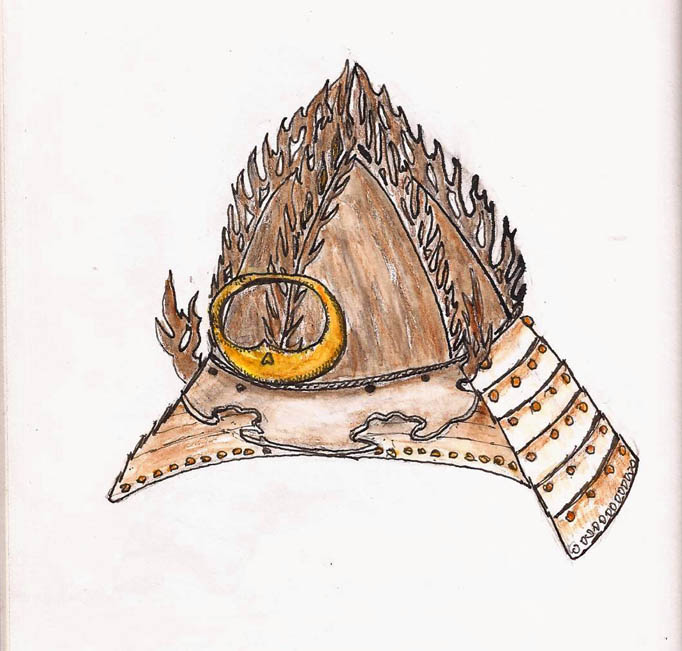 The sketch was done in a Stillman & Birn Alpha (5.5×8.5), which is becoming my museum sketchbook.  I used a Pilot Prera and Lex Gray.  The color comes from Faber-Castell “Albrecht Durer” watercolor pencils, mushed around with a waterbrush.  This is an approach that fits the museum world and works for me, though I’m still learning how and what to do with them. 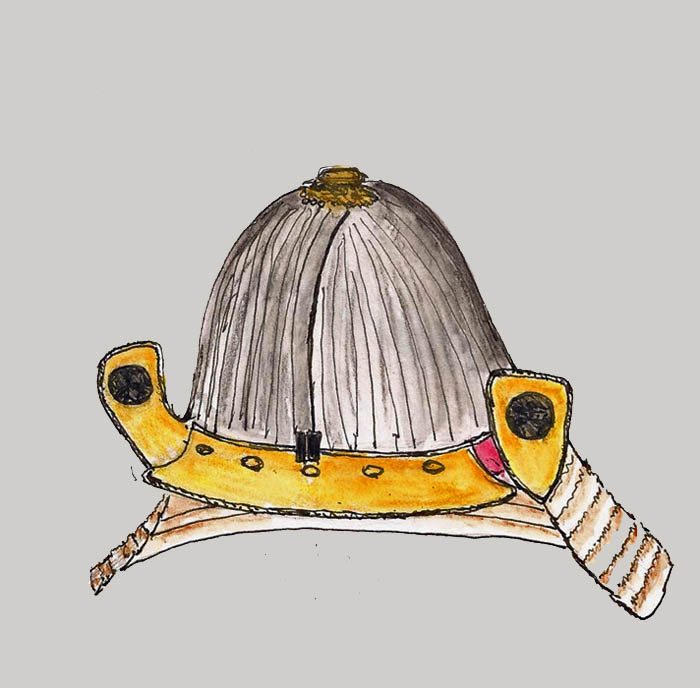 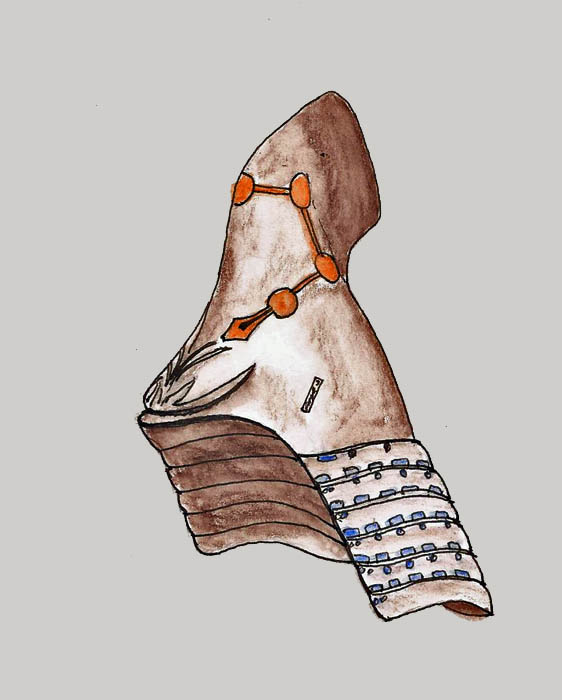 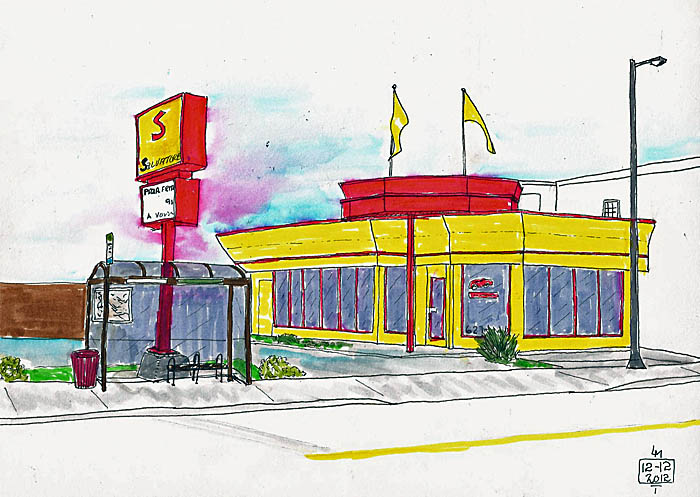 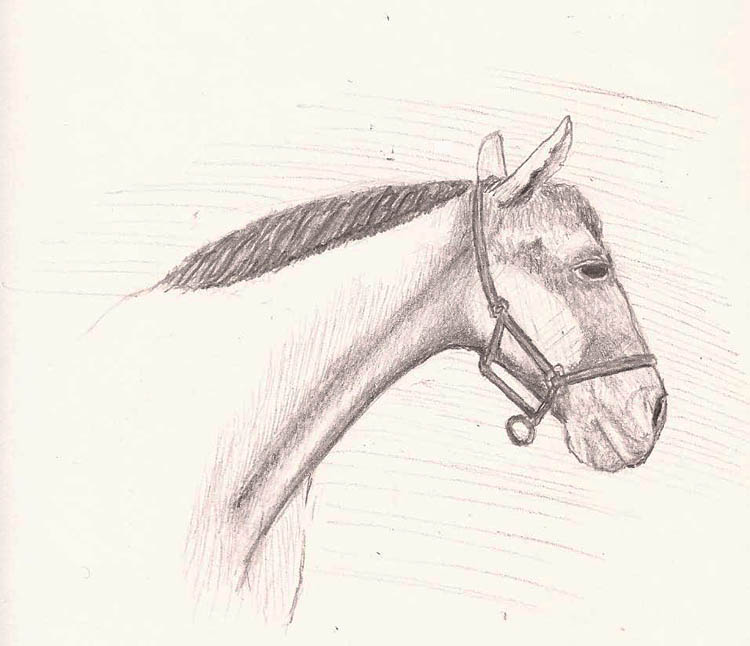