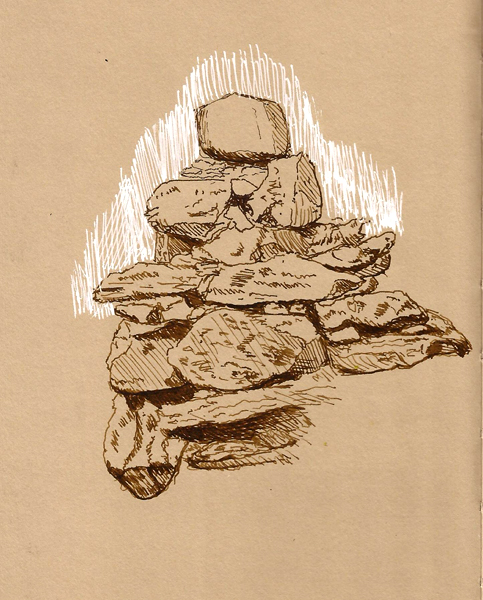 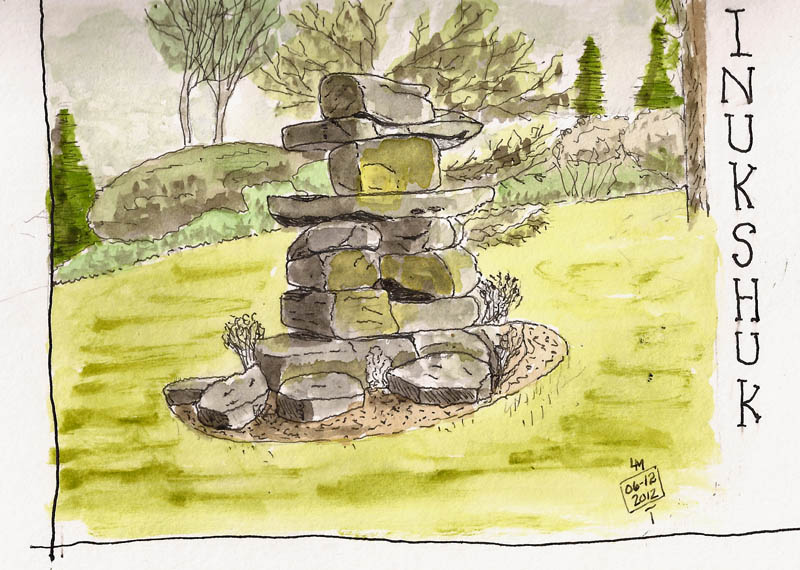 Pavillion Laurentienne, as it turns out, is a relatively new building on the Université Laval campus.  It’s used for conferences and larger meetings.  What’s interesting about it is that it’s got a very large lobby area with a bunch of large plaster casts of statues that live in Europe somewhere.  Another way of looking at them is that they’re big white naked people, though one of them, out of modesty no doubt. has a small sheep wrapped around his shoulders.

Yvan got permission for our motley crew to show up today to sketch.  Sunday is certainly the day to go as except for the security guard, we were there alone, hanging out with the white naked people.  It was a very meditative atmosphere.

Here’s a loose sketch of part of the lobby area.  I did all these sketches on Canson Ingres papers that seems ideal for pen and ink drawing, though it’s too thin for watercolor. 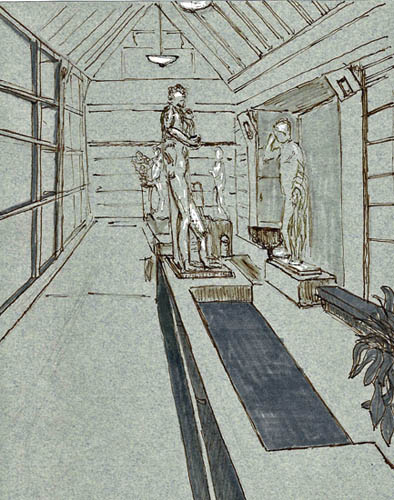 Sketching statues is certainly not my forté  but I sure had fun today.  This guy’s name is Marcellus, though he and I never had a real conversation.  His neck isn’t really that long – I was being “artistic,” I guess (grin). 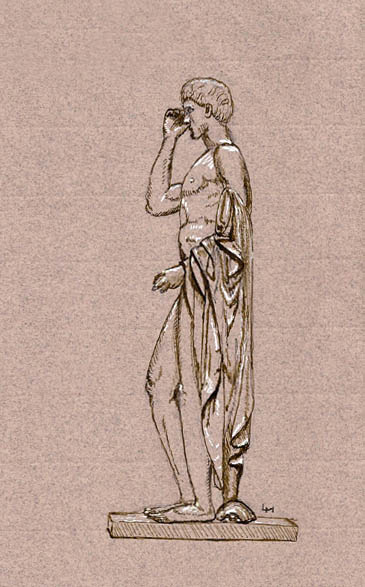 I was getting a bit tired at this point, so I had some coffee and some great conversation.  I decided to draw an arm and, I’m afraid, I worked one beat too fast and the poor guy’s hand looks like it went through a meat grinder, though in this case I guess it would have to be a plaster grinder.  In any case, the result left something to be desired, as did my second, hand attempt.  I guess I was just tired from trying to keep my gut sucked in around these well-muscled white guys. 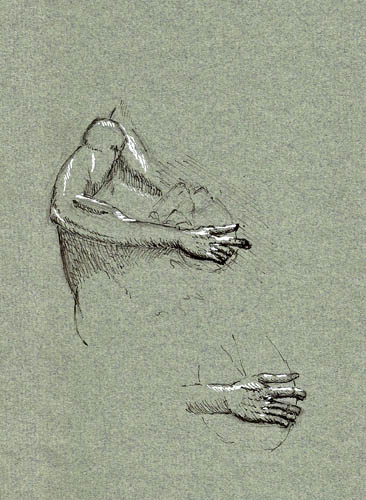 All of these sketches were done with a Pilot Prera with either J.Herbin Lie de thé or Noodlers Lexington Gray ink.   As we left for the day most of us agreed that we’d have to come back.