This is the second year that we’ve done the October worldwide sketchcrawl.  It’s a challenge for us because, by this time of year, it’s generally pretty darn cold.  Last year I learned a new French word – frissoner – which means to shiver.  So, only the intrepid among us are up for outdoor sketching in October.

This year was a bit different and our weather on Saturday was really pretty nice… for us.  You can see that we’re not wearing shorts and t-shirts, 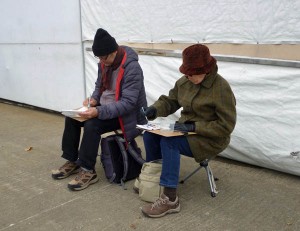 but Robert and Celine are merrily sketching a large building that sits high on a cliff above the Farmer’s Market, the site of our sketchcrawl.  Celine even manages to sketch while wearing these, 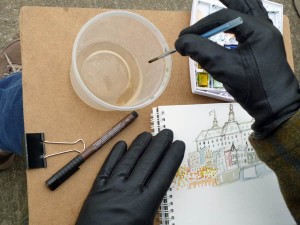 which is something I’ve never managed to do.  We made up for a lack of temperature with an abundance of laughter, talking, and sketching.  It was a great day and by my count, we had 14-15 people in attendance.  I remember, during the planning of our first sketchcrawl (June 2012), we wondered whether anyone would show up at all.  We’ve come a long way.

I did get to do some sketching and had great fun doing it but the most fun was talking with several of the newcomers to our ranks who were interested in my use of watercolor pencils (Faber-Castell Albrecht-Durer) and wondered what sketchbooks I used (Stillman & Birn).  We chatted about sketching in general, about having sketchcrawls more regularly, where to sketch during the Quebec winter, and a lot of other things.  This was a sharp contrast to my more typical loner stalking of sketching subjects in Quebec City.

Gilles Charron was one of the guys at his first sketchcrawl.  He’s been a watercolorist for a while and lamented that he should have been drawing more.  He made up for lost time, though, doing these two sketches during the event.  Aren’t they great? 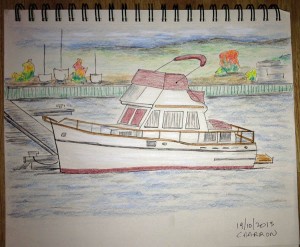 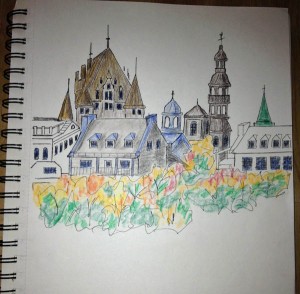 Yvan Breton and Celine Poulin organized the event and a big thank you is launched in their direction.  I don’t have a photo of Yvan at this event but his art speaks volumes about his talent.  I do have a photo of both Celine and her artistic talent. 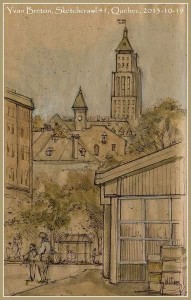 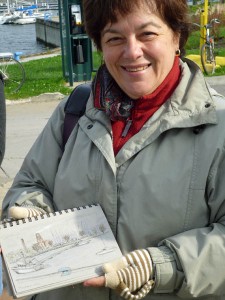 I think I’ll skip posting my own sketches from the day as this post is filling up fast.  Maybe I’ll post them tomorrow.  For now, I leave you with a look at the art and faces of some of my friends 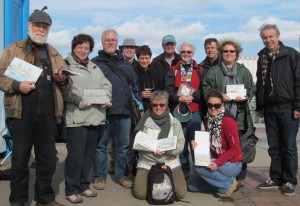 and some of the sketches they did during our sketchcrawl.  Thanks to all the participants; you made the day very special. 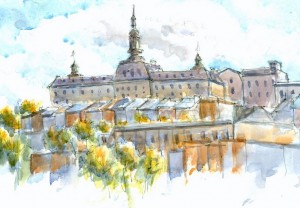 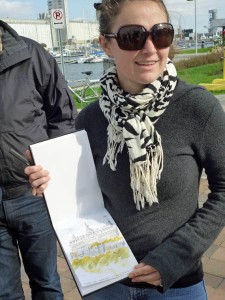 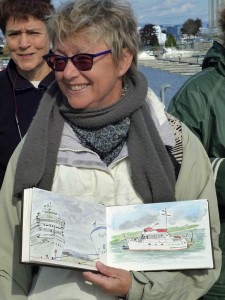 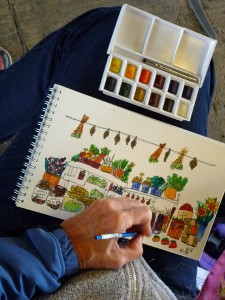 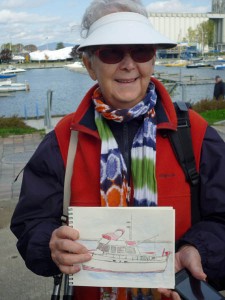 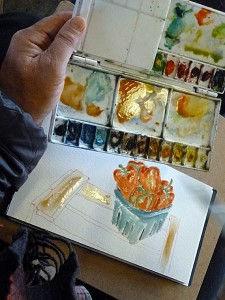 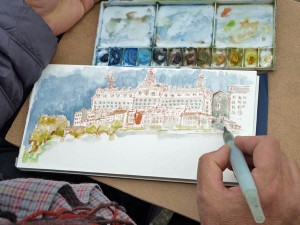