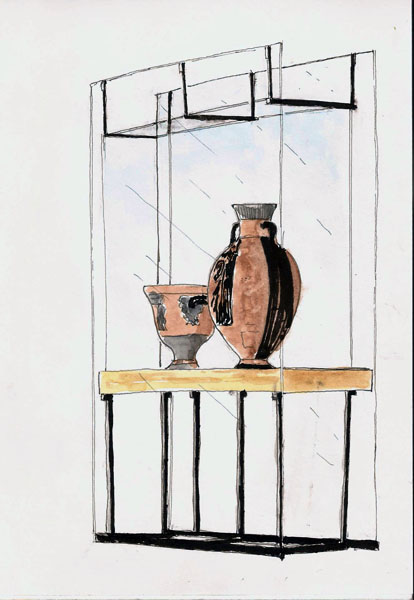 It’s currently -13F outside.  This, they say, is a ‘warming trend’ and in reality it is warmer than it was just a few days ago.  But from the perspective of a street sketcher, it matters little whether it’s -13 or -30 outside, I stay inside.

Mid-winter depression is a real phenomenon in places like Quebec, where I live, but for me, it’s more like cabin fever.  I spend too much time looking out the windows, wishing for a place to sketch.  In previous years our Museum of Civilisation has been that place and the displays there have kept me busy throughout our long winters.

But this year, half of the museum is closed due to a fire that occurred just as winter was starting and what’s left are displays of early animation where you can watch endless series of cartoons and the Olympus exhibit which is filled with lots and lots and lots of plaster statues of Zeus, Aphrodite and their kin.
Sketching them was fun at the outset but I truly am a street sketcher that likes drawing buildings.  Yet another plaster head is just not cutting it anymore and so my sketching is floundering somewhat these days.  I doodle a lot but it’s just not the same.  So, I decided to draw a window.  It was just one lowly window, drawn in a 3×5 sketchbook, but it sure felt good (grin). 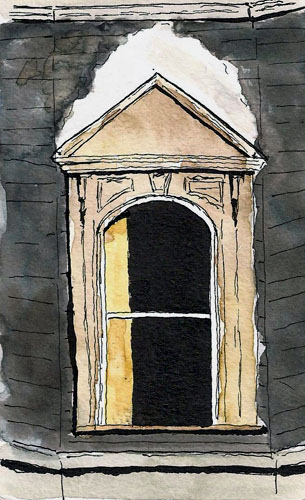 Recently I’ve been on a quick-sketching binge.  Everything I look at got scribbled onto paper in a minute or two.  That’s a lot of fun and, I feel, it helps me “see” shapes and their relationships more quickly.  But it’s sort of like eating a steady diet of Twinkies.  You might even like Twinkies but at some point you’re going to want an apple.  I needed an apple.

I stopped to pick up a pound of coffee at a local coffee roastery.  I decided to sit and draw so I also bought a coffee as an excuse to inhabit one of their chairs.  I sat on a high chair near a window and two guys sat down near me, below my eye level, and I saw an opportunity to ‘know’ that my subject would be there for a while.  I started sketching with the idea that I would have ample opportunity to truly capture their essence.

Have you ever gotten off the freeway and had a hard time driving as slowly at the side street speed limits require?  That’s how I felt.  I started blocking out the sketch with some well-placed dots and then found myself scribbling details.  I tried to slow down but my quick-sketching brain just wouldn’t let go.  This was a constant struggle throughout the process.  The result was a sketch that wasn’t quite a quick-sketch but not what I was really trying to accomplish.  I think I have to get my sketching brakes checked.  Oh…and how do you draw shaved heads? 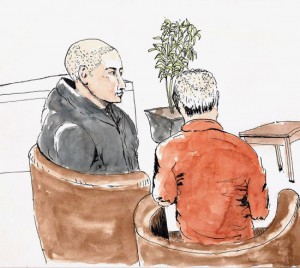 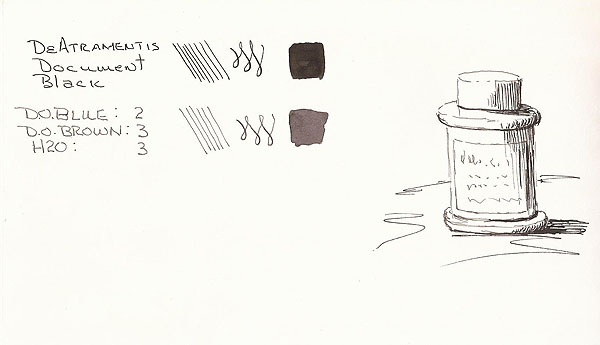 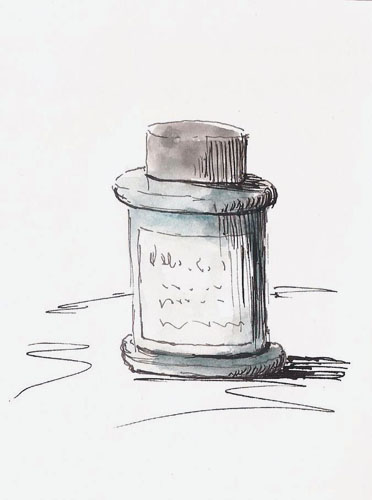 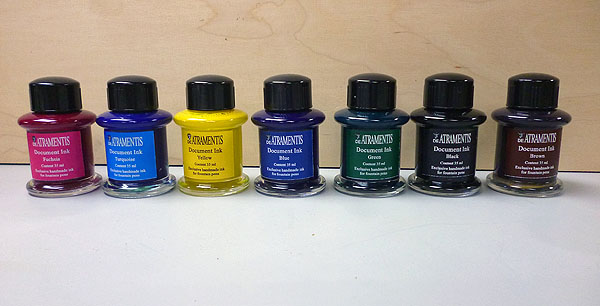 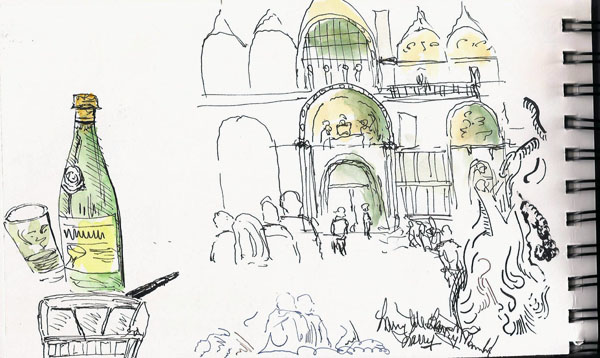 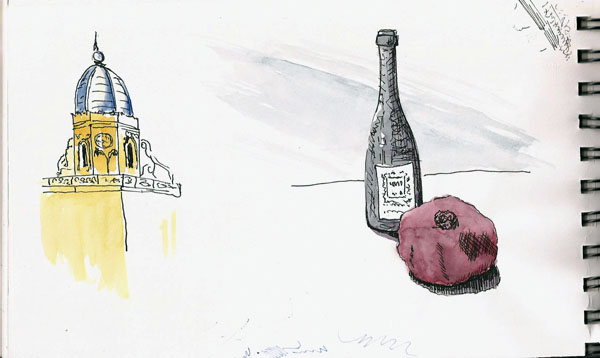 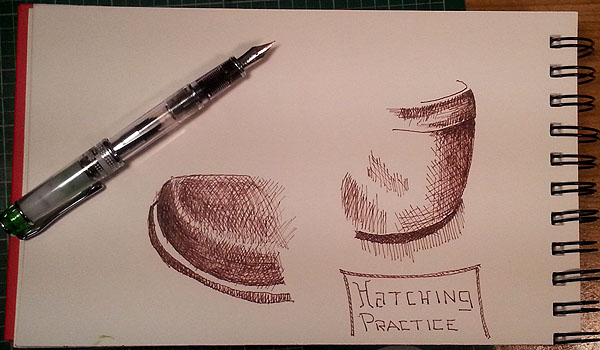