Oops…I guess I do.

One thing the art world has taught me is that I don’t have the “people are interesting to look at” gene.  While everyone else attends life drawing classes and draws portrait after portrait, I prefer to draw fire hydrants, buildings and telephone poles.  I don’t know why but if I were to rank sketching subjects, people would be at the bottom of my list.

BUT, sketching a person walking by a fire hydrant, that’s an interesting idea and so I spend a fair amount of time doing quick, loose sketches of people.

Yet another BUT is that I’ve come to realize that being able to draw a likeness can get you into places.  My buddy, Yvan, is always drawing people and because of it people in groups immediately understand him and what he does.  It’s harder to comprehend a fire hydrant sketcher. 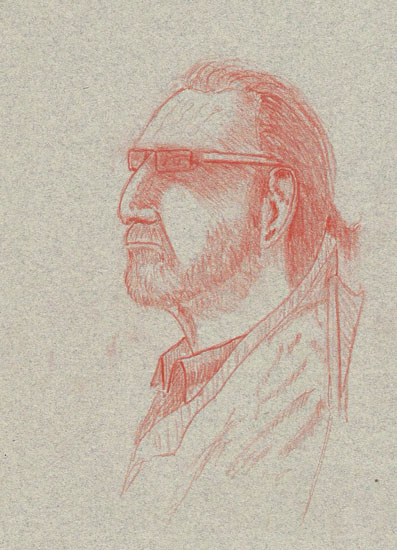 Also, to me, there are several “core” skills that make up drawing.  These are 1) the ability to measure/estimate angles and proportions, 2) achieve accuracy of line and form, and 3) mastery over whatever materials you’re using.  I’ve spent the last 3 1/2 years, starting out trying to draw cubes, with a rather myopic “gotta learn those things” approach.  I’m getting so that my ability to assess angles and proportions is becoming a feature, not a liability in my sketching, and I’m ok with pushing my fountain pen around (watercolor is another matter). 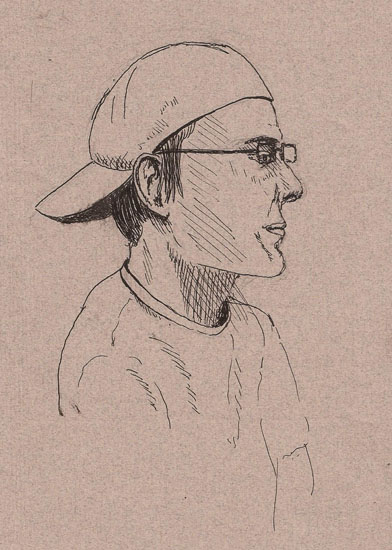 Canson Mi-Teintes (5×7), Namiki Falcon, De Atramentis Document Black – This is tough with pen but I barely know which end of a pencil to put to paper.

It seems, however, that fire hydrant drawing can only take you so far when trying to learn form and accuracy and so I’ve spent a lot of time in museums, drawing all sorts of stuff that I would never “choose” to draw, all in the name of improving my accuracy, ability to see half-tones, and the rest.  I figure I only have another 40-50 years of doing it and I’ll have it figured out.  By the age of 115, I might be able to call myself “artist.”

All of that is to say that I’m even drawing portraits… kinda.  I head to a local park every Thursday night, where a small group sits on the porch of a small chapel and we sketch one another, during 20-minute poses.  I’ve never mentioned it before because… well, I’m pretty bad at it.  I thought, however, I would share a couple of the sketches I’ve done recently, just to change things up here just a bit.  It’s ok to laugh. 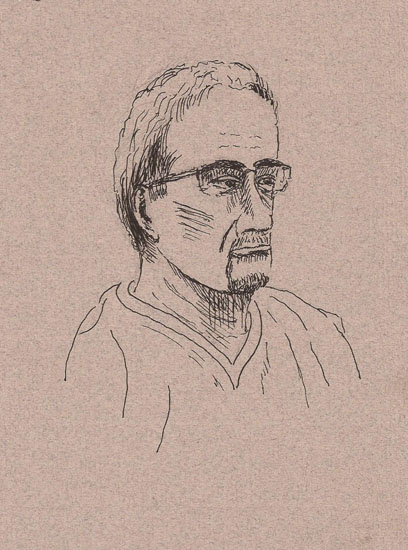 Canson Mi-Teintes (5×7), Namiki Falcon, De Atramentis Document Black – I’m really lost when it comes to hatching really light shades that are the form of the face. 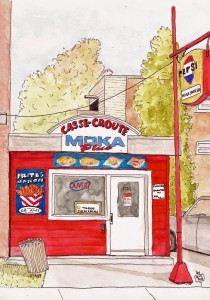 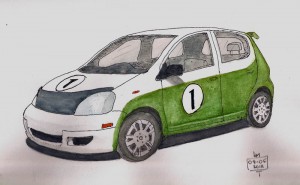 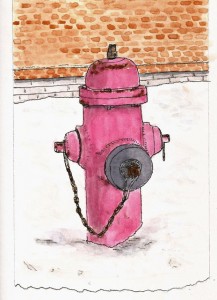 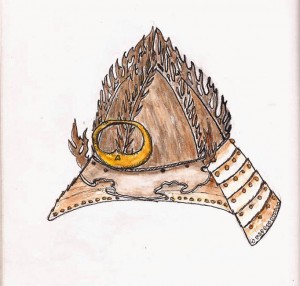 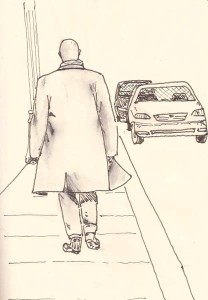 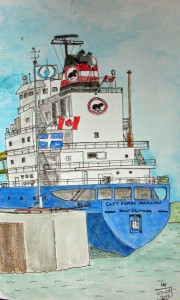 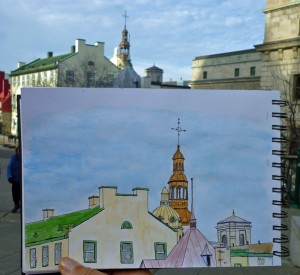 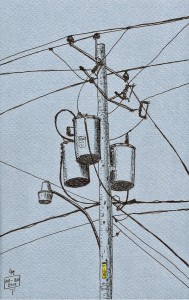 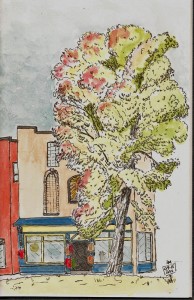 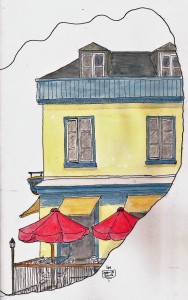