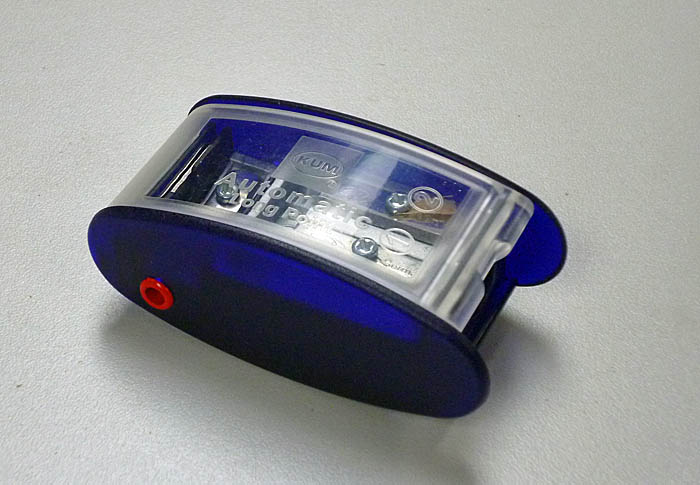 This is my new toy and it is quickly becoming a favorite.  The Kum “long-point” sharpener is just plain KEWL!  It solves so many problems for those of us who like to use pencils and need a portable solution to sharpening them.

While there are many portable sharpeners on the market, most of them produce a really stubby point that I don’t find satisfactory for sketching.  I like nice, long points, like I get from my old ‘school’ sharpener that’s attached to the wall of my office. 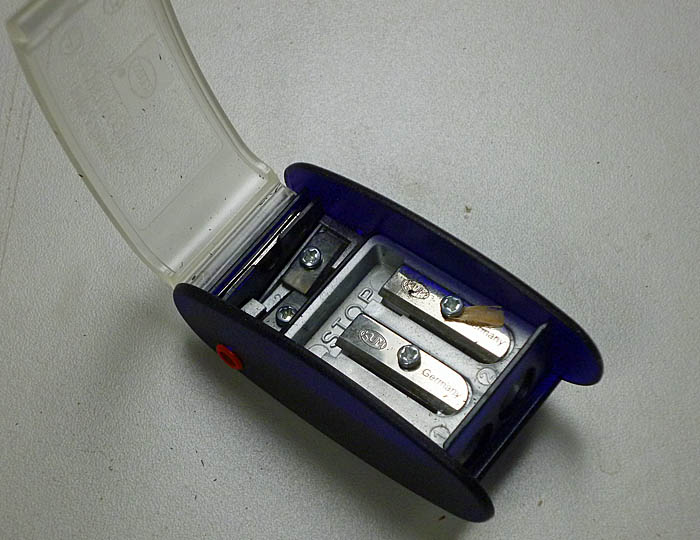 The Kum sharpener provides a long point by using a two-step process.  There is one ‘sharpener’ that removes only the wood, exposing a length of lead (graphite/clay).  Then, you stuff the pencil into a second sharpener that sharpens the lead to a nice, long point.  It’s almost magical. 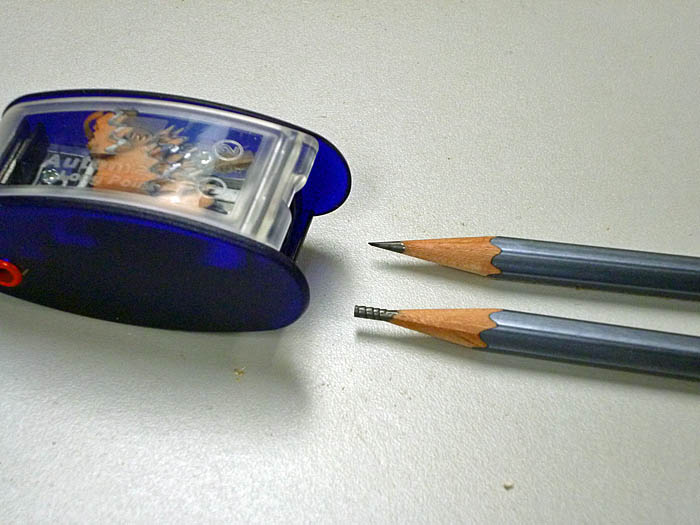 Isn’t that great?  If that’s all it did it would be the best $5.60 I’ve ever spent, but this is like the TV commercials….there’s more. 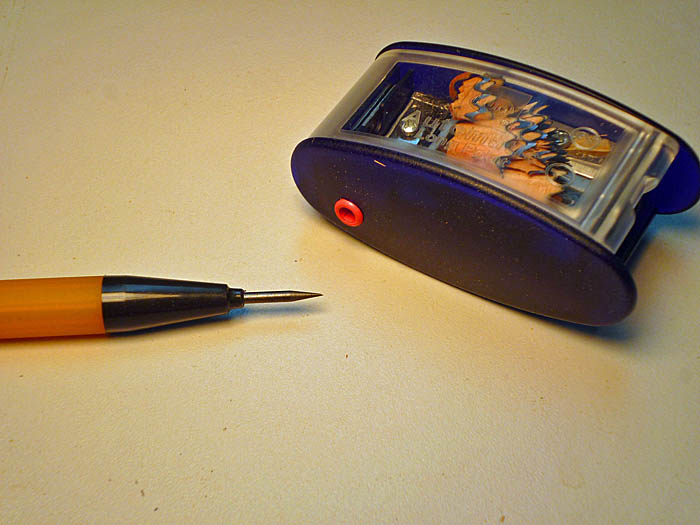 This sharpener will sharpen 2mm and 3.2mm leads.  I’d nearly abandoned my collection of 2mm pencils simply because I couldn’t find a solid, portable sharpening solution for them.  They used to make really tiny versions of the standard sharpener that would sharpen them but I haven’t found anyone selling those anymore, probably because all draftsmen have long ago moved on to using AutoCAD or SolidWorks.  But the Kum sharpener does a great job on my 2mm pencils.  I don’t have any 3.2mm pencils but I assume they’d work as well as there are nearly identical sharpeners on opposite sides of the device.

If you need to sharpen pencils on location, take a serious look at the Kum sharpener.  It may be the best $5.60 you ever spent too.  If you don’t need to sharpen 2mm or 3.2mm leads, you can even get one without those features for $4.10.  Both of these prices are from Jet Pens, which is where I got my sharpener.  BTW, the pencils in the photos are Blackwing 602s, my favorite wooden pencil.