The largest park in Quebec City is officially called Battlefield Park.  It’s just west of the “old city”, the walled part of Quebec City and it was named Battlefield Park because this is where the British climbed the cliffs and fought the French for control of the city in a famous battle.

But we locals still call it the Plains of Abraham because, well, that’s what it’s called.  Abraham was a farmer who farmed the land before the Brits came along and it’s not likely that we’ll start calling it Battlefield Park anytime soon.

On this day, however, we were there to sketch, near a large open area that has rollerblade and running circuits that measure, I think, a kilometer around.  I sat in the sun and made this sketch of what used to be the natural history museum before it was decided that we didn’t need one 🙁 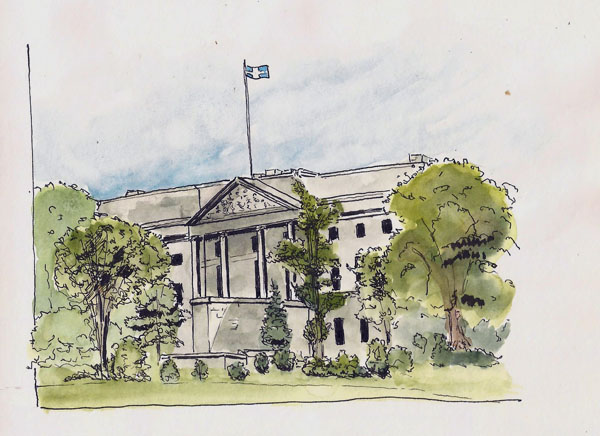