I’ve mentioned La Collectif before.  They are a great group of folks who mostly draw portraits and life drawing.  But in recent years they’ve also started holding outdoor sketching events.  These events have gained momentum since Daniel Chagnon took on the job of planning these events.

This year, he scheduled a series of events along the St. Charles River with the goal of having an exposition of those works later in the year.  Sadly, several of them got rained out but persistence paid off and a bunch of sketches were done.  That exposition happened last week at the Maison Dorion-Coulomb, the headquarters for the Parc linéaire de la Rivière-Saint-Charles, the group that promotes activities in the 32km long park through which the river flows. 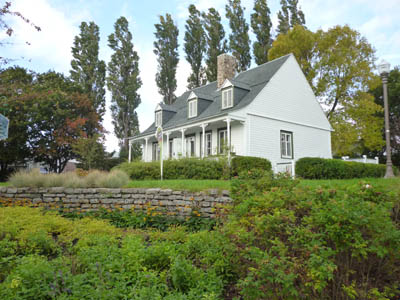 The exhibition runs from Sep 5th through the 17th but the vernissage, where the artists were present, was held last Saturday.  We were all supposed to come and sketch and generally enjoy the day.

I confess that I’ve been a bit antisocial lately because my knee is providing me with a steady dose of pain that puts me in a bad mood generally.  I even thought about not going, but I did and I’m glad I did. 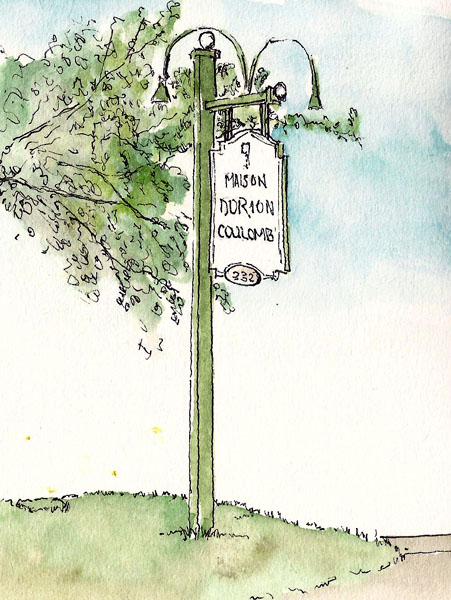 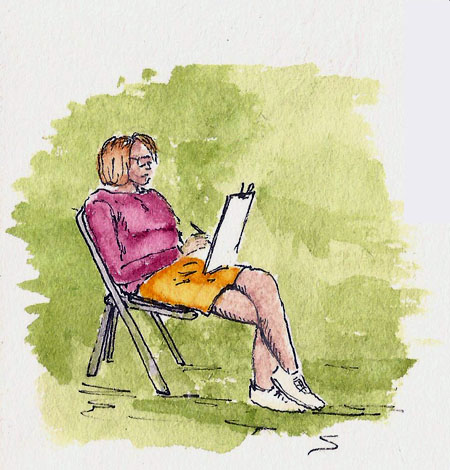 I don’t have much in the way of sketches to show you.  I sat on the porch and drew the sign in front of the house.  By then, most of the group were circled around a willing model and they were drawing his portrait.

The closest I got to that exercise (my least favorite subject) was to draw one of the sketchers, who was slumped down in her chair, perfectly relaxed and doing her thing.

As always, when I’m around sketchers, I spent more time talking than I should have if sketching was the goal, but sometimes it isn’t.