I’ve mentioned that I’m in an experiment mood these days and with the Nouvelle France Festival event coming up (the equivalent of duck hunting for a sketcher, with lots of targets that are all moving too fast) I was walking along my river (riviere St. Charles in Quebec City) pondering how “extreme” the sketching is at that event.  I was remembering how last year I had a great time but went home with lots and lots of bad and incomplete sketches, though I think I did post one or two. 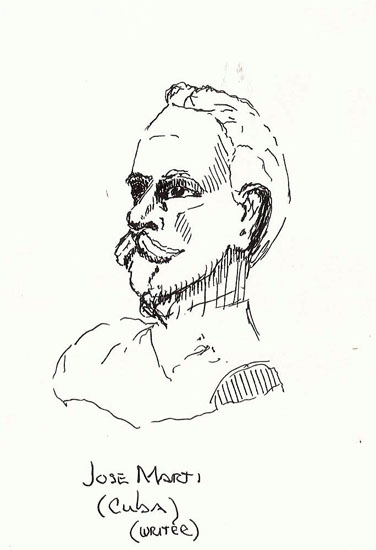 Anyways, as I was thinking about this I arrived at the Palais du justice de Quebec, or rather Le parc de l’Amerique-Latine that sits between the court building and the river.  This park is filled with statues and busts of some of the ‘greats’ of Latin America.  I know almost none of them, but as a sketcher, I’d drawn several of them.

It occurred to my aging and weary brain that I could use this cluster of targets for rapid fire target practice, sketcher style.  Sort of training for the Nouvelle France event.  Yeah…I know…you’re right.  But as Steve Martin used to say, “I’m a wild and crazy guy!” 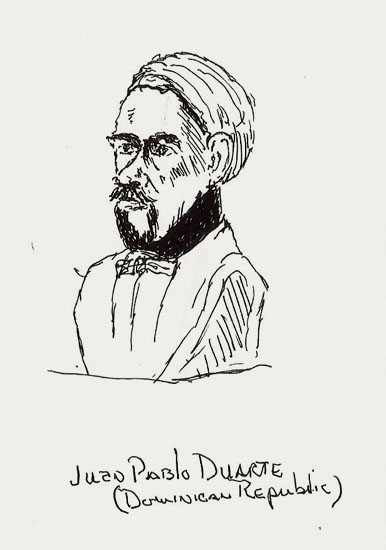 I decided to give myself fifteen minutes to draw as many of the busts as I could, using only a pointy device and sketchbook.  No arms tied behind my back to make it hard and no need for camouflage to sneak up on the targets.  Nope, just me, my fountain pen and fifteen minutes.  I set a timer on my phone and got to work…frantic work, at least for me as I’m very much a plod along sketcher.  Precious seconds were wasted walking between targets and setting up my tripod stool.  I need more training as a tripod setter-upper. 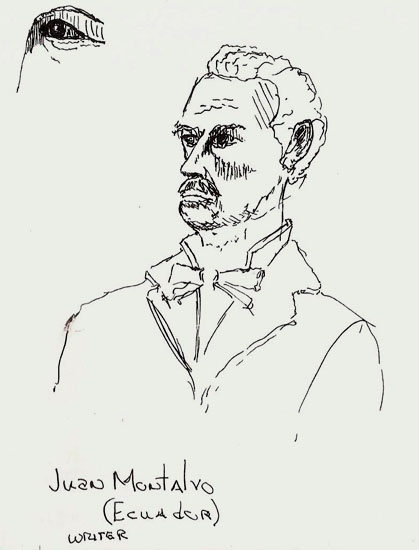 I finished a third bust at 14 minutes so used the last minute to draw an extra eye, at a more leisurely pace.  It was an interesting and fun exercise.  I hope it’ll help me be successful when Festivale de Nouvelle France rolls around.  Do you do crazy stuff like this?