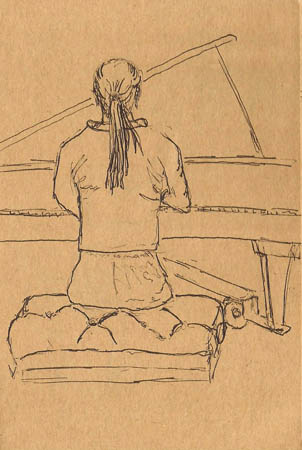 As an urban sketcher, I guess I’m an odd one as my least favorite subject is the human.  I don’t know what it is but I don’t find them that interesting.  Maybe that will change some day but for now, my people sketching is done more out of desperation for something to draw when it’s too cold to sit on the streets and draw architecture. 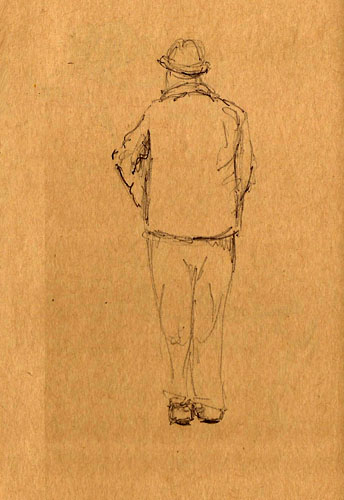 And so it is these days so I’ve been doing some people sketching.  I thought I’d share a few of those sketches, done in small notebooks.  They’re done quickly and, I’m afraid, not very well but that’s what happens when you don’t practice.  Maybe I’ll be better before spring shows up. 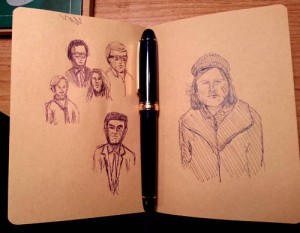 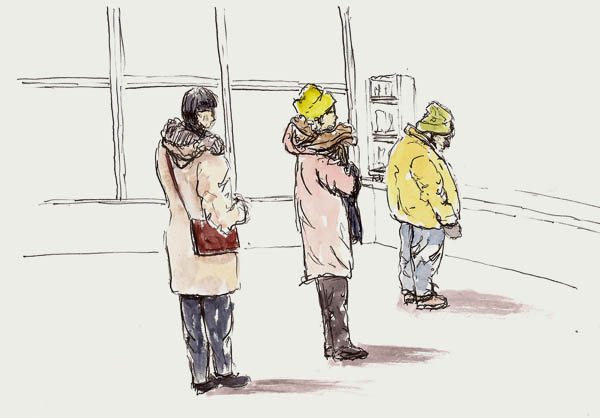