We sketchers have crawled from under our winter hibernation rocks and are quickly hitting full stride.  Yvan invited us to come to his house to draw in his garden, which is his entire yard as he’d rather have plants and flowers than grass – just another reason I like Yvan so much.

He also served us mint tea and scones and took photos of us.  I thought I’d share those (the photos, we ate all the scones) with you as I’m terrible at taking photos during sketching sessions and want to take advantage of Yvan’s photos to show you some of our sketching community. 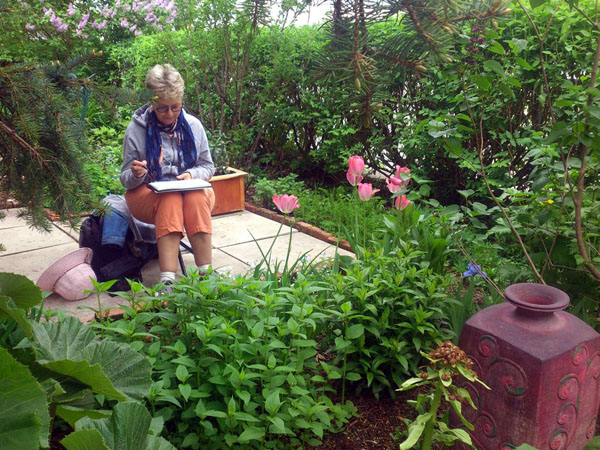 Claudette is in the zone, sketching a large vase and surrounding plants. 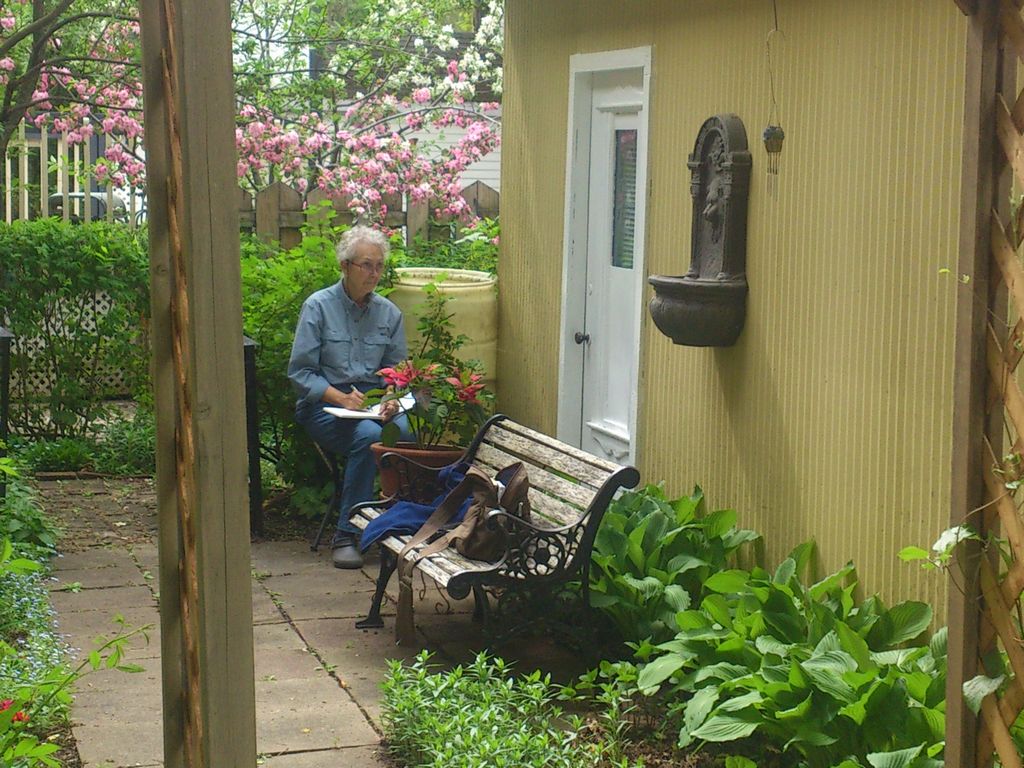 Fernande was on a mission as she drew all the small doo-dads hanging on Yvan’s garage wall. 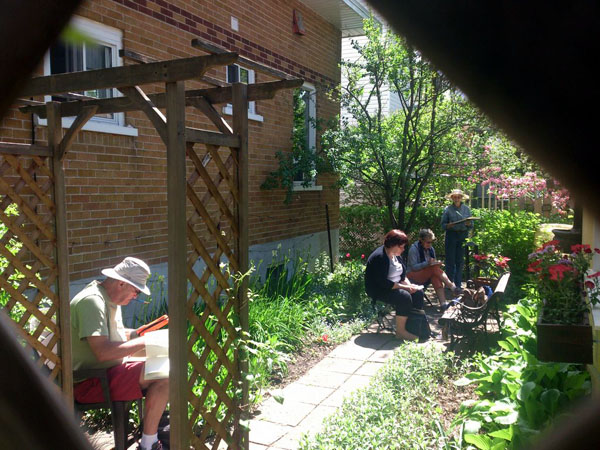 Somehow we all ended up in the same place and Yvan snapped this photo through the fencing. In order, it’s little (ok, not so little) me, Celine, Claudette, and Fernande.

Even in this day of selfies, Yvan didn’t take a photo of himself so I’m including one that I took of him during another sketchcrawl we did.

So this post doesn’t run on too long, I’ll post only one of the sketches I did during this day.  More tomorrow. 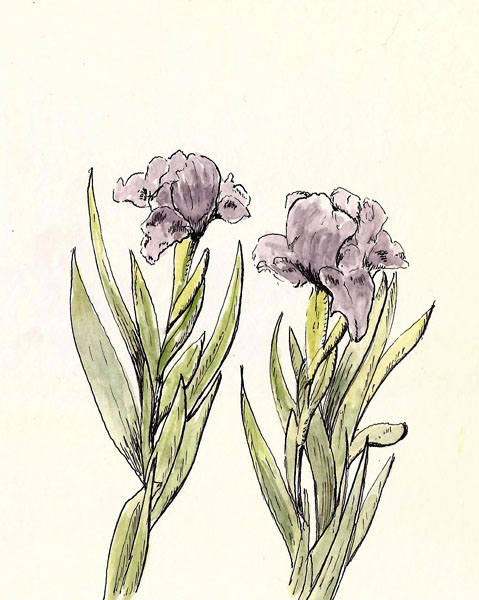 Flowers are behind this year but Yvan has some nice irises so I drew a couple of them. Stillman & Birn Alpha (8×5), Platinum 3776

4 Responses to “Sketching Our Way Around Yvan’s Garden”