There are a lot of “old dead guy” statues in Ottawa and while interesting, I was looking for something different when I wandered around evaluating  statues for sketching.  I found two that I liked a lot.  Hope you approve of my choices.

This statue sits in a small triangle of dirt/grass with cars whizzing by on all three sides of it.  It’s near the National Art Gallery and while I’ve been there several times, I’ve never even noticed it because of its location.  But heck, there it was and there was a large tree under which I could sit while I sketched it.  Like the streets surrounding it, the statue is a 3-sided affair, though you can only see two sides of it in my sketch.  It’s Haida, I think and quite beautiful. 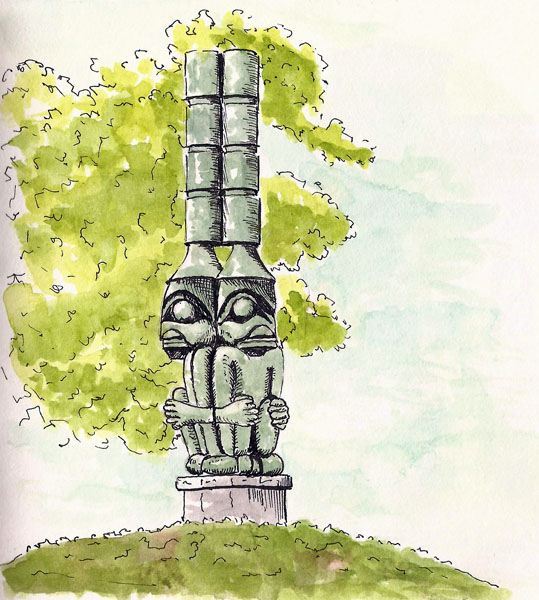 I was walking from Parliament towards Confederation Park and as I passed the post office on Spark Street I noticed a couple of large lions protecting the doors.  In truth, they themselves were caged by large fencing put up to protect people like me from construction going on around the facade of the building.  This made it hard to find a place where I could sit to draw.  I walked around the building and found there are actually half a dozen of these guys standing around in the sun.  They’re enlarged heads make them all the more majestic and I had to draw one.  I found a place where I can climb up on some large concrete blocks, set up my stool and draw.  I only fell off once. 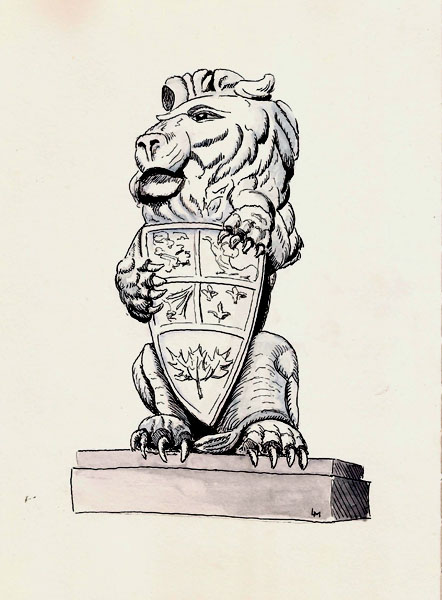