It’s fun to be out sketching early in the morning.  Quebec City wakes up slowly and if you are out walking at 7AM, you’re mostly alone.  Of course this morning I met up with my buddy Yvan and we found ourselves on Rue des Remparts, a great sketching street that skirts the upper portion of the old city.  We chose a scene, that was really the backyard and garage areas of several houses.  The location also provided a nice shade tree under which I could sit. 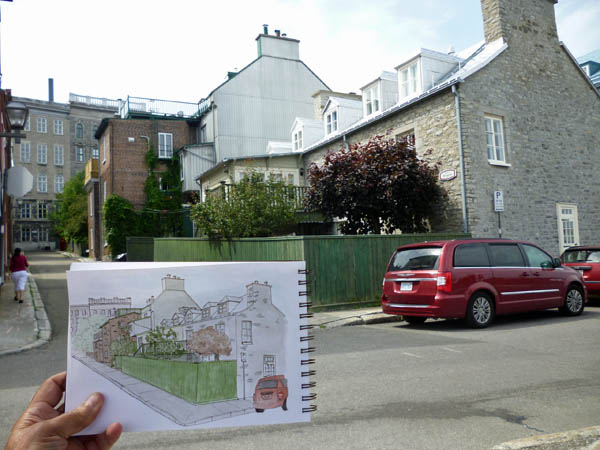 The sketch was done in a Stillman & Birn Alpha (10×7) sketchbooks using a Pilot Prera and Platinum Carbon Black.  W&N artist watercolors and a a waterbrush were used to add color.  Before it was done I was wishing I’d brought my real brushes along. 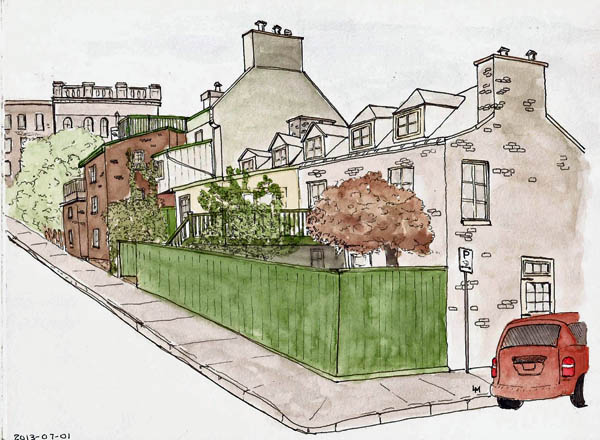 2 Responses to “Sketching On A Summer Morning”