Yvan and Claudette came to visit this week and we spent the afternoon sketching my stuff.  I’ve got a bunch of stuff, mostly obtained at flea markets for purposes of drawing and we put some of it to good use.  As is too often the case, my hand was hurting me but we nevertheless had a great day.

Yvan drew the front of a plaster rabbit so I drew the back and found it hard to make the foreshortened ears sufficient to give the rabbit a real rabbit look.  Some views are better than others I suppose.  Claudette did a really great drawing of a large Japanese woman’s head and it turned out great. 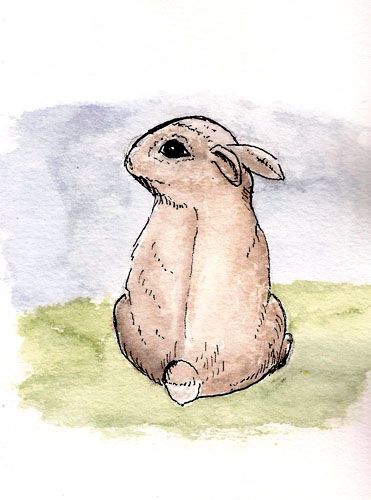 We took a break, had coffee and the obligatory talk of drawing and watercolors.  We decided to draw something else.  I have two really nice Japanese figures that I’ve drawn several times and Yvan chose to draw the male figure so I grabbed the female (that didn’t come out right).  I’d never drawn her from behind so I decided to do so, drawing in pencil in a Stillman & Birn Nova.  In the end I wish I’d used ink but this is the result. 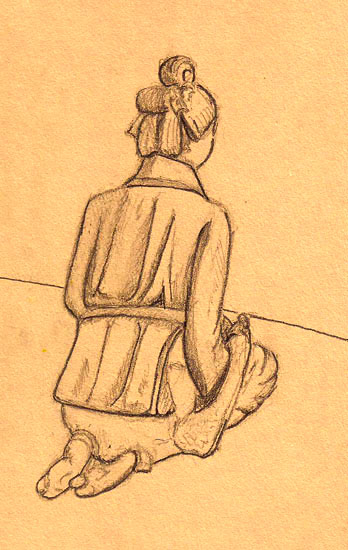 2 Responses to “Sketching My Stuff”